Please keep in mind that all odds mentioned are accurate at the time published on 17/10/2019 1:18 pm and are likely to change. 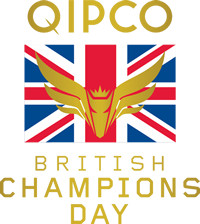 As the flat season draws to its inevitable conclusion, there are still some excellent days racing left on the level, and none more so than Champions’ Day at Ascot Racecourse this Saturday afternoon.

Five Group races are on the six-race card at the Berkshire venue, with the highlight being the Qipco Champion Stakes which is due off at 16:00 BST.

The prestigious race was established in 1877, and it was originally held at Newmarket racecourse. The inaugural running was won by Springfield for trainer, James Ryan. By the end of the nineteenth century it had been won by five Classic winners.

The present system of race grading was introduced in 1971, and the Champion Stakes was classed at the highest level, Group 1.

The Champion Stakes was transferred to Ascot from Newmarket in 2011. It became part of a newly created fixture called British Champions Day. It now serves as the middle-distance final of the British Champions Series.

Cracksman took the honors of this race for the last two years for trainer, John Gosden, jockey, Frankie Dettori and owner, Anthony Oppenheimer. Sadly, the five-year old star will not be at Ascot this weekend to try and emulate Tristan’s three wins in the race from 1882-84, after being retired following his victory from last season.

So, a new winner’s name will be on the trophy in 2019, but who will it be? Please read on for our thoughts on this highly competitive renewal.

Aiden O’Brien’s four-year old star Magical is the current ante-post favorite for the Champions Stakes and can be backed at the best industry odds of 9/4 with SportPesa and Betway. Following a very busy campaign in 2019, with eight previous runs already, the four-year old daughter of Galileo has the chance to end this season on a high, following a recent fifth-paced effort the Prix de l’Arc de Triomphe.

Magical has already won four times this season and was seen at his very best in taking the Group 1 Irish Champion Stakes at Leopardstown last month over the ten-furlong distance that he is likely to face this weekend at Ascot. Magical is likely to be ridden by Ballydoyle stable jockey, Ryan Moore and looks to hold solid claims in this race on collateral form.

Addeybb will carry top weight in the Champion Stakes with James Doyle already booked in for the ride, for trainer William Haggas. The northern English trainer is hoping for his first Group 1 win of 2019 in Britain on the five-year old, who can be backed at the top price of 3/1 with Betfred.

With two victories from four starts this season, Addeybb has a little to find on the form book in my view after his wins came at Listed and Group 3 level. However, the Listed win was at Ascot over course and distance, and any further rain in the build-up to the race would surely help Haggas’ charge with his best efforts coming on a softer surface.

Addeybb has always been a consistent performer and I do not foresee that changing this weekend, but the son of Pivotal may well run into one or two better animals on Saturday afternoon. 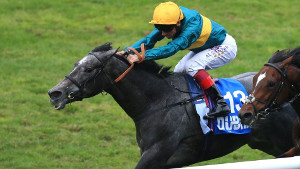 As we’ve already stated, Cracksman will not have the opportunity to make it a hat-trick of Champions’ Stakes victories this year, but John Gosden could have a very able replacement in the form of Coronet, who is likely to be ridden by Frankie Dettori.

Coronet has the chance to reverse form with Magical from this meeting last season as the Dubawi offspring was beaten by one length in the British Champions Fillies and Mares race, twelve months ago.

This five-year old has only been seen once on a British track so far this season, with an underwhelming effort at Newmarket back in May. However, Coronet has won two Group 1 races in France at Saint-Cloud and Deauville, and he should not be taken lightly at the current odds of 5/1 with Betfred and 888Sport.

Japanese star, Deidre has been campaigned in Britain over the summer months and that decision proved wise as the five-year old sprang a 20/1 shock under jockey Oisin Murphy to take the Group 1 Nassau Stakes at the Glorious Goodwood meeting. The pair will enter the battle together on Saturday afternoon hoping to win again for trainer, Mitsuru Hashida. 9/1 is the best available odds on the daughter of Harbinger, who will relish the ground conditions.

Of the potential three-year old contingent, it is very likely that Japan will not be in the final declarations for this race and will be put away for next season by Aidan O’Brien. So perhaps the leading two younger hopefuls will emanate from Mehdaayih from the John Gosden stable and Fox Tal of Andrew Balding’s yard.

Both horses would need to find significant improvement on their performances so far this season, but they should not be totally dismissed at the current odds of 14/1 with Unibet for Mehdaayih and the generally available 20/1 on offer for Fox Tal.

An interesting renewal, but it is potentially difficult to fathom the winner. Magical is the obvious starting point in terms of consideration as the O’Brien charge offers the best form this season. Four wins from eight races and two victories at Group 1 level makes her the worthy favorite. Eight runs so far this season is a concern in my view, and she could be usurped by a more rested individual.

Coronet could well be the one to do it. She has two wins in France at Group 1 status herself this season, and she has not had the heavy campaign of her market rival. Added to that, the Gosden horse is over twice of the price, so she gets my vote on this occasion. A word for Deidre who could appeal to each-way backers at her current price also.