Brexit and the Online Gambling Market in the UK

At the start of 2020, Britain finally withdrew from the European Union. It had been a long time coming and, after more than three years of debate, failed bills and failed deals, Prime Minister Boris Johnson finally got Brexit over the line.

We’d previously discussed the ways in which Brexit could affect the gambling industry so, with a few months having elapsed since the deal was done, have any of those fears and predictions come to fruition?

A number of decisions have been taken that will affect the betting community but they are not necessarily directly related to Brexit. The gambling industry has been put under pressure for some years, not least by the former deputy leader of the Labour Party Tom Watson and it seems as though some of his suggestions are set to be taken up by the current Conservative government.

One proposal is that customers of sportsbooks and casinos will no longer be able to fund their account using a credit card. In many respects, this can be seen as simple common sense. We are in an age when all sportsbooks and casinos are looking to promote responsible gambling so why would they be happy to condone a practise where customers may be borrowing on credit simply to fund their account?

Of course, credit cards aren’t exclusively used by problem gamblers. They may just be the most convenient method that we have at our disposal at a specific time. However, there is the potential for things to be abused so those punters who are in control of their betting have very little to argue about.

We’re just a few weeks after Brexit was finally confirmed so much of the speculation has yet to come to fruition. Predictions regarding changes to tax laws and the possibility of a number of operators having to pull out of the UK remains just conjecture for now.

The potential for the gambling sector to be affected by the Brexit vote remains but, at the time of writing, the world has some bigger things to worry about.

The fallout from Brexit was rather pushed to one side in March 2020 when a new fear took over. The spread of Coronavirus had laid waste to sporting fixtures all over the world and fans were feeling bereft.

Football leagues and divisions across the planet have been suspended, golf tournaments have been cancelled or postponed and very few sports have survived the current cull. Even the Grand National, one of the biggest and most important events for the betting industry has been scrapped for 2020.

These are unprecedented times and with competitions and meetings of such magnitude being cancelled, these are worrying days for the smaller bookmakers.

At the same time, regular punters are wondering what to do with their bankroll. There’s very little happening right now but there are definite avenues that we can follow.

A small handful of sports continue to be played out. Snooker was determined to finish the Gibraltar Open on March 15 and it looks set to continue with the World Championships in April. Some horse racing is still taking place and there are events in netball, badminton and other sports.

Punters could also look away from traditional sports betting. ESports is a very big growth area of the gambling sector and it would appear that the majority of tournaments are continuing for now. When eSports started to boom, virtual sports took a back seat but it is possible that they will now make a comeback. Virtual sports are randomised, computer controlled versions of the real thing and they can cover basketball, horse racing, American football, football (soccer) and much more.

With so much traditional sport being lost, it’s easy to see how virtual sports could receive a boost in the weeks ahead.

And, of course, there is politics. 2020 was already due to be a busy year with the US Presidential Election coming up and now there will be increased interest in this area of betting. If, therefore, you are feeling short of options, there is plenty on this list for you to enjoy.

Much as some would like to, we really can’t blame Brexit for the Coronavirus Pandemic and the effect that it has had on our everyday lives. Only a small handful of our readers can retain the slightest memory of living under a global conflict so these really are unique times for the majority of us.

The question over Brexit and the effect that it may have on the gambling industry has taken a back seat while the operators weather the storm over Coronavirus. It could be a long haul but as we have just seen, there are options for punters in the present and even if sport gets taken away completely, it’s possible to take a look at the virtual world in order to find some potential markets.

Of all the incredible political events to take place in 2016, the UK’s vote to leave the European Union was perhaps the most surprising. This is an area where the UK bookies got it completely wrong – offering around 1/6 on Britain to remain in Europe ahead of the count.

Questions were raised as to why the bookies had been so wide of the mark but, more importantly, where does this leave the UK and the gambling industry as a whole? There are wide-reaching issues in the wake of that vote that could change the face of betting as we know it.

There are three key areas where Brexit could have an initial impact on the way UK bettors play online. Firstly, there is the issue of regulation as a whole as the British government considers whether European residents should enjoy the same benefits as their UK counterparts.

Secondly, there is the question of gaming tax: A change in tax laws in 2014 saw a number of operators close their doors to UK players. Could Brexit force another update with more prohibitive regulations and more withdrawals from the British market as a result?

The third most pressing issue for those worried about the impact of Brexit comes in the question of Poker Liquidity. Will we see less players from overseas pouring money into tournaments and therefore affecting the reserves of the operators concerned?

The vote could also have some serious implications for operators who have a base in the UK and it may be that we see some familiar names moving abroad. A company such as Bet365 is a good example; set up in the UK in 2000, they still have a head office in Britain but, as they are located within a member country of the EU, they are subject to EU online gaming regulations and that gives them certain privileges.

Losing those benefits could force a move abroad resulting in a loss of jobs and other positives in the Stoke community where Bet365 are a very active member. If they wish to remain as an EU casino, they will simply have to move away from the UK when the withdrawal process is complete.

The Isle of Man

It’s easy to forget other British territories that are outside of mainland UK but could suffer greatly from the Brexit vote. These include Gibraltar and the Isle of Man who have both enjoyed great benefits after changes in global gambling laws back in 2005.

Once again, these are territories that have been better off under EU membership and the decision to leave could see a number of operators moving away and finding new premises. For Gibraltar, this could include big market players such as PartyPoker and 888Sport who both have homes on the island.

As for the Isle of Man, this is a territory which has more online gambling licenses than any other. A huge operator here is PokerStars and their potential withdrawal could have a significantly detrimental effect. Whether it’s the UK mainland or one of the offshore territories, the potential issues are the same with possible closure of offices leading to a loss of jobs and a knock on downturn in the local economy. 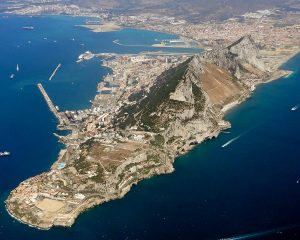 So what effect could Brexit have on the online UK gambling market? Is there any aspect of the withdrawal from the EU that could see less playing time from UK residents and less money spent with all the operators as a result?

Individual bettors in the UK won’t be directly affected but the question from this point of view is whether there will be the same loyalty to a brand that was previously based in Britain but has had to move abroad due to tax implications.

The gambling market across Europe is said to be worth 15 Billion Euros and as such, it’s one of the largest global industries of any kind. Once again, the focus turns to Gibraltar as the vast proportion of that 15 Billion Dollars comes from the Island. The Rock is therefore EU’s Las Vegas.

As a result of the post-Brexit concerns, the gambling industry has become an unlikely reason for the question of sovereignty to come up once again. This historical conundrum has been a difficult problem for hundreds of years and is one that requires much greater analysis but the thorny issue between Spain and Great Britain is on the table once again.

It would, considering all the points raised so far, be in the interests of the EU for Gibraltar to remain part of a member country and Spain therefore fits that bill. However, it’s not a simple issue to resolve and the UK is not set to simply relinquish sovereignty just so the European Union can continue to benefit from Gibraltar’s gambling revenue.

The Island has already seen a shift since Britain made sure it became part of the same tax laws in 2015. Outlay has increased for operators and a more likely outcome, as opposed to a switch in sovereignty, is that sportsbooks and casinos will move their operations to a more cost efficient country such as Malta.

The Isle of Man and, in particular, Gibraltar, are going to be huge focal points for the gambling industry as the implications of Brexit start to become clear. Nothing will happen immediately however; it will be some time before the paperwork is completed and Britain removes itself from the European Union and the physical process of closing down premises and starting again in another country isn’t a practise that will happen overnight.

For those that make their living in these organisations, support staff could find that their jobs are at risk and that could seriously affect the economy as a whole. Issues post Brexit are complex and very wide reaching. Only time will tell if the decision to leave the EU will have a seriously detrimental effect on the British economy but as far as the gambling industry is concerned, uncertain times lie ahead.