Many of the major sports that we enjoy today originated in the UK and it remains the home of some of the great spectacles. Other events such as the Super Bowl may draw bigger crowds but for many, particularly from a betting perspective, this is where it all began.

But what are the greatest British Sporting events of the present day? Which occasion draws the biggest crowds and the biggest stakes from within the betting fraternity?

Popular Betting Events in the UK

Without doubt, the Grand National is the big one as far as money is concerned and if you still like to stake in a physical betting shop, this is the day when the queue can stretch outside the door and into the street. This is such a big occasion that if you’re going to have just one bet in the calendar year, this is undoubtedly the one that you’re going to follow.

The odd thing about the National is that it isn’t even the most historic race: The Epsom Derby predates it by over 50 years so why does it attract so much interest? Perhaps it’s the unpredictability and the list of long priced winners but whatever the reason, over £150million is staked on this event every single year.

A Festival of Fun 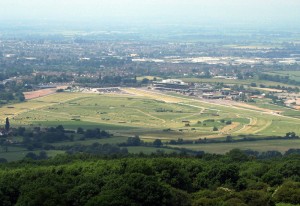 Second only to the Grand National in terms of betting is the Cheltenham Festival which is held in March each year. Even if you’re not a horse racing fan, the Festival is seen as the first big sporting occasion in the calendar and it’s something of a gateway into a great summer of sport.

But it’s the racegoers who flock in their 1000s to the West Country course who make it the spectacle that it is. As a week of racing culminates in Friday’s Gold Cup, many millions will have been spent at the bookies along the way.

Other notable events in the UK racing calendar include the Derby and Royal Ascot but it’s the National and the Cheltenham Festival which really hold the public’s interest.

Clubs may not take the competition quite so seriously these days but the FA Cup Final remains the showpiece occasion as far as football in the UK is concerned. The world’s oldest knockout tournament still packs in the crowds and continues to take the betting money in the run up to the final itself in May.

If you take in all leagues and competitions, football is the number one sport as far as betting is concerned and the FA Cup is the one that they all want to win. Arguably, certain clubs will suggest that their priorities lie elsewhere with higher prize money on offer for the Premiership and the Champions League. Additionally, other sides will want to concentrate on a relegation battle and may not welcome the intrusion of a cup competition but in reality, everyone wants to be at Wembley and this remains the biggest day in the UK football calendar.

It may only come around every four years or so but cricket’s Ashes tournament between England and Australia is the highlight of the sport for many. This is where it all began as far as this sport is concerned and although fans from India, South Africa and more will argue the point, it all comes down to England v Australia at the end of the day.

After a period of Aussie dominance in the 90’s, the English are resurgent and the contests are much closer which is great for the neutrals and also for those that like to have a bet on the games.

Away from the test series, England play one day internationals and T20 matches while the domestic Twenty 20 competition is also growing in stature and starting to attract the world’s best players. 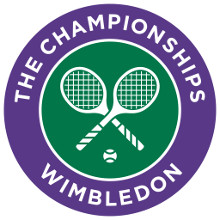 The emergence of British tennis players has also added interest to Wimbledon, the showcase event for the LTA which takes place in SW17 in June. This was always a great occasion for the British sporting public but these days it’s nice to see local players competing and actually standing a chance of winning the tournament.

Wimbledon is preceded by interesting events at Queens Club and at Eastbourne and there are some top tennis events throughout the calendar year but this is the one occasion where the world’s best players will always be involved. And, even if you’re not really a sports fan, the British summer just wouldn’t be the same without Wimbledon.

Rugby’s focus is on the Six Nations where Wales, Ireland, England and Scotland compete alongside France and Italy for the right to be crowned champions. There are great international occasions in all four countries and the excitement intensifies when the tournament starts up again in February each year.

Domestic rugby has also enjoyed a resurgence with the advent of competitions such as the European Cup. Better sides are involved and the standard of rugby is greater as a result, leading to more interest all round.

If you’re looking for a sport that has enjoyed great spectator growth in recent years, then you should look no further than darts and its annual World Championships. Held across Christmas and New Year, the festive atmosphere certainly helps a boisterous crowd to get behind their players.

As a sport, darts has received a huge input of sponsorship money and away from the worlds, there are great events all year round such as the Premier League, the Masters and many more.

Meanwhile, snooker’s audience is more subdued but the sport continues to enjoy growth with ranking tournaments in every corner of the globe. Snooker is more competitive now and the Crucible Theatre in Sheffield remains packed for the annual World Championships.

Overall, sport in the UK is buoyant right now: The big events just keep getting bigger while the so-called minority sports have now burst into the mainstream. It’s a great time to be a fan in the UK whether you’re watching on TV or lucky enough to attend in person.