Betting on the Ryder Cup 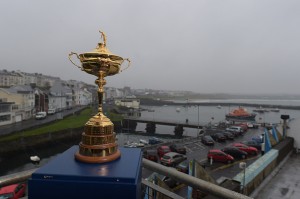 Alongside the four annual majors, this is the most eagerly awaited competition in golf. Every two years, the best players from Europe and the USA face off over three days of matchplay to decide who will win the coveted Ryder Cup.

The tournament was first established in 1927 and from fairly humble beginnings it has become the most important matchplay event on the calendar for the countries involved. It’s a busy time for the bookmakers too so if you’re betting on the Ryder Cup, here’s what you need to know.

It’s fair to say that until the GB and Ireland team was expanded into Continental Europe back in 1979, there wasn’t too much interest among the sporting public. The US had dominated the Ryder Cup for many years – winning 11 tournaments on the bounce in a run going back to 1957.

Even after Europe came on board, the Americans won in 1979, 1981 and 1983 but after a historic European win at the Belfry in 1985, the contests have been far more competitive. In fact, Europe now have the edge over their opponents and their victory in 2014 was their sixth in the last seven.

Battle starts again in 2016 at the Hazeltine Club in Minnesota and although those stats suggest it might be best to bet on Europe to win the Ryder Cup, the Americans will always be tough to beat in home conditions.

The Ryder Cup is played out over three days in September to October and there are 28 matches in total, across the tournament. Day One starts with 8 Fourballs and 8 Foursomes and that format is repeated on Day two before 12 single matches conclude events on the final day of competition.

The Captains on each side have 12 players in the ranks and on days one and two, they pick the ones who they think will be best suited to the matches. That can leave some golfers without a game until the last day, when all 12 become involved in those head to head singles.

You can bet on the outright Ryder Cup winner some time in advance of the tournament itself. Other, interesting ante post markets include betting on which players will make the team. Squads are decided in two ways – points totals earned on the European and PGA tours decide the majority of the 12 and then the Captain has extra picks so if a golfer has been injured or out of form but the skipper thinks he can still contribute, there is a late chance of them making the team.

Once the action gets underway you can bet on all 28 matches that are taking place and there should be some additional side markets such as winning score etc. Correct score betting on the overall tournament is also possible but remember, there are 28 points at stake across the three days so this is really tough to call.

Overall, there are more Ryder Cup side markets than you might find for tournament play and this is one reason why the competition is so popular among the betting community.

The Ryder Cup is a big deal for bookies too so you can expect a lot of promotions in the lead up to the event. These will typically include enhanced odds, money back and free bet deals and in 2014, SkyBet were offering refunds if the USA won the tournament.

888sport, William Hill and Paddy Power were among those quoting offers in 2014 and while this isn’t a definite indicator for future Ryder Cups, many bookmakers will be making the most of the three days.

The Ryder Cup has grown from those humble origins to become one of the biggest spectator events for golf fans. It’s a great competition for betting too with lots of markets and plenty of offers to take advantage of.