Champion Hurdle Betting Preview: A Wager on the Favourite is Yanworth It

Please keep in mind that all odds mentioned are accurate at the time published on 11/03/2017 4:03 pm and are likely to change. 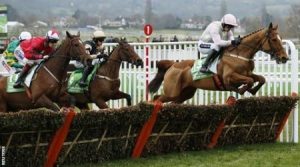 The opening stanza of the Cheltenham Festival acts as a tantalising appetiser for the four days of first-class racing to come, and the standout feature of Tuesday’s curtain raiser has to be the Grade 1 chase that is as popular with punters as it is with jockeys, trainers and neutral spectators: the Champion Hurdle.

For a number of years, the Ruby Walsh and Willie Mullins jockey-trainer team has dominated this renewal, combining for four winners out of the last six including Hurricane Fly (2011 and 2013), Faugheen (2015) and Annie Power (2016). Each of those was the bookmakers’ favourite at the starting gun, and so the Champion Hurdle has typically acted as a profitable starting point for the betting masses.

It seemed as though another Walsh-Mullins winning combination was in the offing this time around in the form of the outstanding Limini, although – surprisingly – the Irish trainer has instead opted to point his charge at the OLBG Mares’ Hurdle instead.

And so the 2017 Champion Hurdle appears to be a more open affair than normal; where is the smart money going? 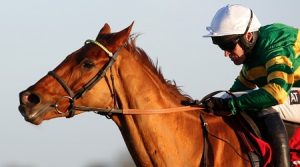 Since the withdrawal of Limini most of the money has come in for Yanworth, who has come in from 9/2 to 3/1 with William Hill (and in fact most bookies across the board).

The investment seems justified: the seven-year-old has triumphed in eight of his last nine starts, with the only blot on his copybook coming at Cheltenham 12 months ago when he was bested by Yorkhill in the Neptune Novices’ Hurdle. He was only a length or so behind the winner however, and with slightly softer ground anticipated this time around a stronger showing is expected.

The black mark is that his usual handler, Barry Geraghty, misses the festival through injury. Can his understudy, Mark Walsh, get the job done?

A pair of French fancies make up the most immediate threats in the chasing pack, and both Buveur D’air and Petit Mouchoir are worthy of further consideration.

Buveur D’air was an impressive third on his Cheltenham debut 12 months ago, taking bronze in a highly competitive Supreme Novices’ Hurdle where he was beaten by an outstanding pair in Altior and Min. He’s won four from four since then, including a Grade 1 at Aintree – where he overcame Petit Mouchoir by a neck – and a steady if unconvincing success in his only outing of the year to date, where he won by a solitary length as a 1/4 favourite.

The Nicky Henderson charge was available at 9/2 with Betway at the time of going to press, but perhaps there is another chaser more worthy of your money.

Petit Mouchoir, a 6/1 fancy with Paddy Power and SkyBet, has improved considerably in the past year, and in the eleven months or so that have passed since his agonising defeat to Buveur D’air at Aintree you could argue that his ascent has far outweighed that of his nemesis.

The six-year-old was in fantastic form when claiming the prestigious Ryanair Hurdle back in December, seeing off the hopes of the much-vaunted 2/5 favourite Nichol’s Canyon by some seven lengths. Key to that performance was how well he stayed on in soft conditions; an intriguing angle ahead of this Cheltenham jolly.

At such a generous price, this Gigginstown House Stud charger will be well backed in the days ahead.

We are still awaiting the final supplementations for this outing, but an ante-post punt on My Tent or Yours, the two-time runner up in the Champion Hurdle, has to be worth a go at 18/1 (bet365). The indications are that Nicky Henderson will once again point the ten-year-old at Tuesday’s showpiece; can the third time be a charm?

Of the younger breed, an each way flutter on Sceau Royal (33/1, Ladbrokes) is not to be dismissed; particularly where place terms of a top three finish are offered.

The five-year-old has already won twice at Cheltenham – albeit in non-Festival jollies – and was an impressive third in February’s Kingwell Hurdle; finishing just two lengths behind Yanworth despite being held up at the rear in the early going.