Djakadam the French Fancy in for Gold Cup Glory

Please keep in mind that all odds mentioned are accurate at the time published on 16/03/2017 8:32 am and are likely to change. 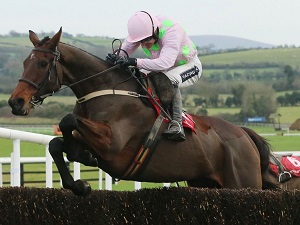 All good things come to an end, but what a way for the Cheltenham Festival to sign off with National Hunt racing’s most prestigious prize: the Gold Cup.

A rollcall of the former winners on this renewal – Arkle, Best Mate, Kauto Star, Denman etc – reveals what’s at stake for the champion: a ton of cash for the owners, and a place in jump racing folklore.

Consequently, this is one of the most difficult races to predict of the whole festival, but that won’t stop punters having a darn good go at finding the winner. But where should they be looking?

There’s a three-way dance for supremacy at the head of the Gold Cup betting with Native River and Djakadam both available at the 7/2 mark (both Ladbrokes) and Cue Card a fraction behind at 4/1 (Coral). 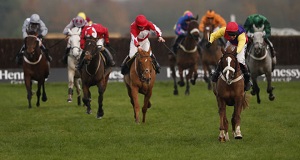 Native River came to wider attention with an outstanding double-win at the tail-end of 2016: first in the Hennessy Gold Cup Chase in November, and then in the Welsh Grand National in December. These long, 3m stretches are perfect for this Colin Tizzard trained powerhouse. The only blot is that he is yet to win at Cheltenham in three trips; is that enough to put punters off?

Djakadam is a two-time, back-to-back Gold Cup runner-up, and his connections must be wondering what their charge needs to do to get over the line. Outgunned by Don Cossack 12 months ago – but still ten lengths of the field, the French horse also suffered disappointment with the narrowest of one length defeats to Coneygree in 2014.

A lack of activity in 2017 so far may be enough to discourage many punters, but Willie Mullins is a wily old campaigner and will have the eight-year-old in perfect nick come Friday.

What a romantic story it would be if Cue Card, the battle-scarred eleven-year-old, could finally get over the line in a Gold Cup. He was travelling so well in this renewal 12 months ago before crashing to the turf three from home, and while a couple of morale-boosting victories since then have settled the ship, the manner in which he was decimated by Thistlecrack in the King George VI Chase in December has left many questioning his ability to compete in elite company.

That said, the winner of the Gold Cup 2017 is likely to come from this trio.

But for a fall in the Irish Gold Cup last time out, More of That would surely be shorter than his current price of 14/1 (William Hill). The pertinent point is that he was travelling well prior to hitting the deck and had every chance of landing the Grade 1 ahead of the excellent Sizing John.

Two horses that have beaten More of That in the past few months – Sizing John (10/1, bet365) and Outlander (11/1, Betway) – are both in the mix, and you can make a persuasive case for either.

Sizing John is a real crowd-pleaser having finished in the money places in each of his last 14 starts, the highlights of which have been back-to-back triumphs in the Irish Gold Cup and Kinloch Brae Chase, while in last year’s Arkle at the festival he was beaten by seven lengths by Douvan; a distance which suggests he is able to just about hang onto the coattails of elite company.

Outlander wasn’t really being considered after failing to win in five trips, but he burst back to prominence after landing the Grade 1 Lexus Chase ahead of Don Poli and Djakadam. That was on yielding ground though, so his connections will be praying for rain in the coming days.

Only one of the last ten winners of the Gold Cup has been priced at 10/1 or longer, and so the outsiders often get short shrift from the betting floor.

But if you do have a taste for a longer-price fancy then Champagne West (16/1, Paddy Power) is worth a second look. He has won his last two outings, including a 7/1 triumph in the Thyestes Handicap Chase in January, and so has come catapulting into the minds of punters.

He probably isn’t good enough to win the Gold Cup, but if the ground softens he could gatecrash the places.