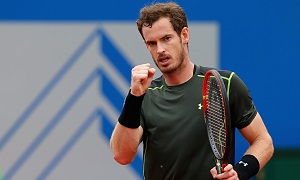 The second major tennis tournament of 2017 is almost upon us and while the men have been warming up in Rome this week, the betting has started to intensify ahead of the French Open. It all begins in Paris on Monday May 22 and, if you were thinking of taking a punt, Paddy Power have a new customer offer that may be of interest.

In the outright betting, Paddy have taken three players – Rafa Nadal, Novak Djokovic and Andy Murray – and if any of those three take the trophy, they will pay at a boosted price of 4/1. 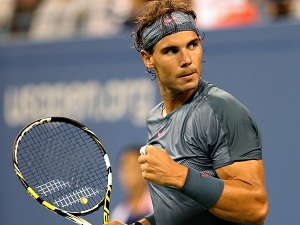 Nadal is a red hot favourite here at a best price in the open markets of 3/4 with 188Bet and MarathonBet and although he hasn’t won a Grand Slam since 2014, the Spaniard has an incredible nine French Open titles.

Nadal is back to form and fitness and at that price boost of 4/1, represents the better value of the three.

Andy Murray is the reigning Wimbledon Champion but is actually the fourth favourite for France at a distant top price of 12/1 with Boylesports. He has never won the French Open and this isn’t his preferred surface but if he can get back to his best 2016 form, the Scot will be a good pick.

As for Novak Djokovic, the Serb is at 5/1 in the standard markets with William Hill and BetFred and he is the defending Champion coming into this event.

While Murray and Djokovic have higher prices than Paddy’s 4/1, remember that this is a treble chance so, you will win if any of those three players take the title at Roland Garros. Here then are the remaining points that you need to keep in mind.

This promotion is for new customers to Paddy Power only so, if you don’t have any dealings here and haven’t in the past then you are free to sign up via the link and register your details. After a simple sign up process, you will be taken to the cashier to make a first deposit of at least £10.00 via debit or credit card.

When those funds are available, and usually this will be done immediately, take the treble chance bet and stake between £5.00 and £10.00 on the outcome. If any of Murray, Nadal or Djokovic win the French Open, Paddy Power will then pay a profit at their standard book price back into your account while the balance arrives as a free bet token for you to use within 30 days.

Those are the significant terms but please remember to check all ts and cs to make sure you are completely happy before you proceed.

Two weeks of top tennis action are coming up and the men’s singles title in France could be as competitive as it’s been for many years so, with a tough result market to pick from, this price boost, treble chance deal for new customers could be the ideal solution.