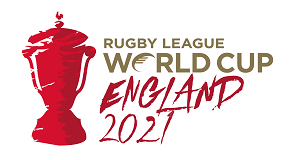 In 2021, the Rugby League World Cup returns to England in what will be the biggest competition in its history. 16 nations will assemble from the 23rd of October and, 31 matches later, the tournament will end with the final on November 27.

The expansion of the event underlines the popularity of the league World Cup but how much do we know about a trophy which is undoubtedly the pinnacle of the fantastic rugby sport?

Every sports fan knows that there are two codes of rugby world, and that league and union fans are very defensive about their own favourite. Followers of rugby league will therefore be delighted to learn that their version of the World Cup predates that of their union counterpart by 33 years.

1954 was the date of the very first tournament which was held in France and won by Great Britain. In those early days of the sport, only four countries took part with France and Great Britain joined by Australia and New Zealand. The format dictated that each side played each other once in a group phase and the top two sides progressed. Great Britain duly played France in the final which was won by GB by 16 points to 12.

The competition continued in a similar fashion throughout the 1960s. Rugby League had yet to really take off as a global sport so the same four nations – Great Britain, France, New Zealand and Australia – were the only ones to compete.

The countries of Australia and Great Britain shared the honours in those early years although the Kangaroos would quickly emerge to dominate rugby. In 1975, we finally saw a change in the schedules as the Great Britain side was dissolved and split into England and Wales. Now we had five teams taking part and, in an extended format, all sides would play each other twice during the group stages.

The top two teams – England and Australia – made it to the final with the Kangaroos completing a comfortable 25-0 victory. Strangely enough, England and Wales were merged in 1977 and went back as a Great Britain side. The Rugby League World Cup then went on a hiatus, returning in the mid 1980s when Papua New Guinea joined our original four nations.

Rugby League was still considered as a fringe sport in those days so, while the World Cup had continued, it wasn’t really reaching out to a global audience. Like many sports, that was about to change and the increase in live televised matches can take much of the credit.

TV Years in the World Cup

The spread of satellite television from the early 1990s helped to revolutionize a number of sports and rugby league was one of those to benefit with rugby league world cup. The game had already been played in many countries outside of the four who had taken part in the very first World Cup but in 1995, the number of competing teams doubled to 10.

Steady progression continued throughout the decade and into the next century but the 2021 tournament will be the biggest yet. A total of 16 teams is the most to have ever competed at a World Cup and, as the sport continues to build across the globe, it’s never been in a better place.

The 2021 Rugby League World Cup in England will be the 16th edition of the tournament and, in 15 previous competitions, there have only been three separate winners. Great Britain were the first world champions back in 1954 and the side has now won three titles. New Zealand claimed a solitary victory in 2008 but the most dominant team by far are the Australians.

In 15 editions of the World Cup so far, the Kangaroos have won no fewer than 11 cup titles and the side will go into the 2021 tournament as the red hot favourites. The Aussies have won eight of the last nine events but there is hope that the next running will be more competitive.

So we’ve established that Australia are the most successful team in the history of the World Cup but what other records can be attributed to this great competition?

It’s not going to be that surprising to learn that Australia are behind most of the remaining records, certainly from a team perspective. Across more than 60 years of the world cup tournament, the Kangaroos have the highest win rate at 73.33% and that puts them some way ahead of England who follow with 33.33%.

Australia have also recorded the biggest winning margin in a World Cup game with their staggering, 110 points to 4 victory over Russia in 2000. Despite the Russians only managing to get four on the board, that game also produced the highest aggregate number of points in a world cup at 114.

If we move across to individual records, the run of Australian success is broken – briefly at least. New Zealand provides the name of the player with the most appearances at the World Cup with Kurt Sorensen taking to the field on 25 occasions. In the days when rugby league internationals were sparsely contested, Sorensen only played 28 times for New Zealand with 25 of those matches coming on the biggest stage of all.

In terms of points records, it’s back to Australia and the leading try scorer in world cup history is Valentine Holmes who crossed the line 17 times. Holmes also holds the record for most tries in a tournament with 12 and his six tries in a single match is also a world cup record. Those six scores came in the 2017 semi final against Fiji.

As far as overall points are concerned, that accolade goes to Australia’s Johnathan Thurston who recorded a total of 124 through his World Cup career. Over a long and competitive career, Thurston holds a number of records for the Australian test team and between 2006 and 2017, he landed 334 points for the Kangaroos.

The immediate future of the Rugby League World Cup seems assured with the next tournament already set to go off in 2025. There is some doubt over hosting however with original plans for Canada and the USA to share duties having been shelved for now.

It is expected that at least 16 teams will be travelling for the 2025 competition which means that the current format will be established for some time. The game is continuing to grow on a global scale but the world cup needs to stay competitive to an extent so it may be some time before we see an expansion to that list of 16 nations.

In 2021, those sides will be split into four groups of four and they will play each other once. At the end of that round of games, the top two teams in each section will progress to the quarter finals and they will have also pre-qualified for the 2025 tournament.

From that point onwards, there will be a straight set of knockouts from the quarter finals through to the final which is set to be held on November 27th.

On the subject of remaining competitive, it may be some time before we see a fourth name added to the list of former rugby league world cup champions. Australia continue to dominate the sport and are hot favourites to claim a twelfth title in 2021. England will offer a challenge on home soil while New Zealand will be hopeful but the other nations are playing ‘catch up’ right now.

In the meantime, the success of this great tournament will develop and the Rugby League World Cup will continue to provide a great spectacle whenever it is played.