Please keep in mind that all odds mentioned are accurate at the time published on 04/04/2017 11:51 am and are likely to change. 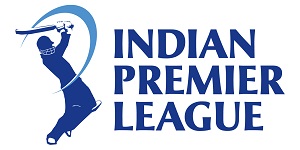 The tenth version of the Indian Premier League is just two days away from its much anticipated start with the first game between Sunrisers Hyderabad and Royal Challengers Bangalore taking place on Wednesday. It’s a repeat of the 2016 final between these two and, even at this early stage, the result could have a significant bearing on the final outcome.

This tournament is the biggest T20 event in World Cricket right now and it attracts huge interest from a betting point of view so who are the teams to watch at IPL10? 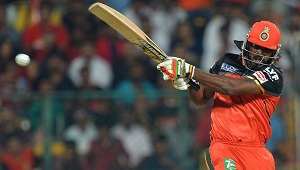 Royal Challengers Bangalore are the favourites in the outright tournament markets and can be picked up here at best odds of 4/1 with bet365 and Paddy Power. RCB always seem to have the strongest side but have yet to win the tournament and for 2017, they have injury issues.

The reliable wicket keeper / batsman KL Rahul will miss the entire season while Virat Kohli is out for the opening two weeks at least so this is a real consideration for anyone looking to back last season’s finalists.

Mumbai Indians are second favourites across the board with a best of 11/2 being quoted by both bet365 and William Hill. This franchise has won the IPL on two separate occasions – in 2013 and 2015 – and they retain much of the squad that enjoyed both triumphs.

With the campaign drawing closer, there is just one minor injury to report with Tim Southee set to sit out the opening exchanges, so this is a strong tip for another success.

In third place in the betting are 2016 Champions the Sunrisers Hyderabad. They won it 12 months ago so many will see some serious value in their best outright odds of 6/1 with bet365 and BetBright. There is more good news with a clean bill of health so far and no late squad withdrawals so SRH are perfectly capable of a second successive triumph.

Next up are the Gujarat Lions at a best price of 7/1 with SportingBet. As a new franchise, they equipped themselves well in 2016 but they approach the new campaign with injury concerns over Dwayne Bravo and Ravi Jadeja – two key bowlers who would keep opposing totals down to a comfortable level.

In 2016, the Rising Pune Supergiants were a team who really struggled with injury – losing key players such as Kevin Pietersen, Steve Smith and Faf Du Plessis once the tournament had begun. This year, it appears as though their jinx may have struck again with Ravi Ashwin and Mitchell Marsh already ruled out of the tournament.

Pune were looking like a good outside bet for some at best odds of 7/1 with BetBright but already, those are significant injury blows.

Kolkata Knight Riders are quite close to Pune in the betting and can currently be backed at best odds of 8/1 with SportingBet and they have previously won this tournament. However, after retaining a settled side for many years, KKR have made a lot of changes this time and what is effectively a new team will need some time to bed in.

Bringing up the rear are two teams who are expected to finish bottom of the pile at the end of the group phases. Kings XI Punjab actually reached the final a few years back but they have no depth to their squad and following the news that Murali Vijay will miss the tournament, they will attract little interest in the outrights at 12/1 with Betway.

Delhi Daredevils are actually shorter in this market at a best of 9/1 with Betway but they have even worse injury news with both JP Duminy and Quinton De Kock missing the whole of IPL10. They had a weak side anyway and now we expect them to finish below KXIP.

It’s always a tough tournament to predict but Sunrisers should do well again with the same side that won it last year. They have the best seam bowling attack in the tournament and a final place is the least we can expect. As for the winners, look out for Mumbai with potentially the most explosive batting line up taking them to totals that would clinch any game.