Please keep in mind that all odds mentioned are accurate at the time published on 24/02/2017 7:50 am and are likely to change. 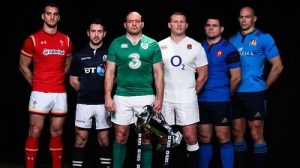 The Six Nations returns this weekend with a number of crucial fixtures but the Ireland versus France match in Dublin is the most critical of the three games. Both sides have an identical record of one win and one defeat from their two outings and whoever loses on Saturday is likely to drop out of the running for this year’s trophy.

Their records thus far may be identical but Ireland are the clear favourites to take the win here with odds on prices across the board. Joe Schmidt’s men are available at a best price of 1/3 with bet365 and BetFred while the French are quoted at 10/3.

Elsewhere, the draw completes this market at a top price of 25/1 with bet365 and Coral.

Of the respective defeats, Ireland’s was far more surprising as they went down by a 27-22 scoreline at Murrayfield on the opening weekend. The Irish were expected to be the main challengers to favourites England, particularly after that momentous win over the All Blacks in the Autumn Internationals.

But, after Scotland’s Stuart Hogg landed two converted tries in the opening 20 minutes, the visitors were left to chase the game, although it required two late penalties from Stuart Laidlaw to secure the victory for the Scots.

Over at Twickenham, France could consider themselves a little unlucky as they went down 19-16 to favourites England. After a forgettable, scoreless first half, the French took the lead as Rabah Slimani crossed over and it needed a late rally from the hosts to snatch the points.

Week 2 saw France edge past the Scots while Ireland’s comfortable victory over makeweights Italy was expected and we can read little into it. So, based on form alone, perhaps the market should be much closer than it is.

Try Scoring markets have been slow to come in for this game but these will build as the tie draws closer and you may want to look at BetFred for this bet, as they are offering double odds on first try scorer if your pick goes on to cross the line a second time.

Ireland currently provide three players who jointly head the Six Nations top try scorer list for 2017 with three and the Munster man Keith Earls is likely to lead the first try scorer betting at around the 9/1 mark. Simon Zebo might be a better option here at around 11/1 while the biggest threat for France may come from Gael Fickou, who crossed against the Scots last time out.

With France only registering two tries in their opening two matches, you have to favour the Irish players for this bet and Zebo would be our pick.

Once again, the remaining side markets have been a little slow to react which is surprising considering that they have had a two week gap since the second round of matches. One market to watch could be the half time / full time option which has Ireland down at 8/11 with Paddy Power to win both halves.

As a better value alternative, the draw / Ireland is listed at an excellent 20/1 with William Hill.

Coming back to the match itself and the form guide is actually giving us few indicators for this one. Based on the respective strength of the squads, you would have to side with Ireland, despite that defeat to Scotland. France just aren’t playing very attractive rugby right now and over a long tournament, that tends to let a side down.

At odds of 1/3, you may want to see if you can get a price boost promotion on an Irish victory or alternatively, take our suggestion and back the home side to win both halves in Saturday’s match.