Joshua to Prove Too Strong for Weary Wladimir

Please keep in mind that all odds mentioned are accurate at the time published on 28/04/2017 8:28 am and are likely to change.

It’s not often that the heavyweight division serves up a clash as mouth-watering as this – no matter what the hype machine might chew up and spit out in terms of the journeymen and ‘the next big thing™’ that dog the weight class.

No doubt about it, Anthony Joshua and Wladimir Klitschko are two of the finest heavyweights on the planet, so which way will Saturday’s clash at Wembley Stadium go?

The Case for Anthony Joshua 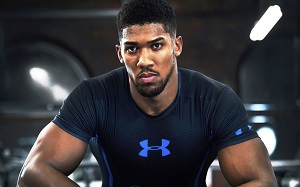 It really isn’t difficult to make a case for AJ winning this fight. We’ll start with his own attributes: a perfect career record of 18 fights, 18 wins and the whole lot via knockout confirms the promise Joshua had shown at the Olympic Games of 2012, where he picked up the gold medal in the super heavyweight category.

The naysayers will point to a lack of star names on his CV as a negative, but partly to blame for that is promoter Eddie Hearn, who seems capable of hyping even the most mediocre of fighters as viable opponents; but all who have came – and the list includes IBF title holder Charles Martin, the experienced Kevin Johnson and the dangerous Dominic Breazeale and Dillian Whyte – have been conquered.

Is Wladimir Klitschko the most skillful opponent that Joshua has faced in his short career? Absolutely. But in his last two fights, Dr Steelhammer has shown signs of alarming weakness.

First, he needed 12 rounds to see off the limited Bryant Jennings back in 2015, and then a catastrophic showing last time out against Tyson Fury – where he lost on all three cards in his adopted German homeland – relinquished him of his six separate world heavyweight titles.

It wasn’t just the defeat itself that was the concern for the Klitschko camp; anybody can lose to a lucky punch. No, it was the lack of work rate from the Ukrainian, who landed just 231 punches all fight and only 18 ‘power punches’, which is a real headscratcher since he must have known he was losing the fight on points almost from the first bell.

Unfortunately, it would appear that the fear has set in for Klitschko – the fear of getting hit, and that manifests itself as conservative, hands high defensive work. If he presents a sitting duck target to Joshua, the 27-year-old could make light work of his ageing opponent.

The Case for Wladimir Klitschko 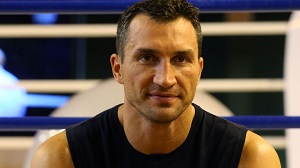 There is an elephant in the room when analysing this bout, and that is the unknown regarding AJ’s chin. He’s barely taken a shot in his 18 fights to date, and in truth he hasn’t needed to as self-preservation kicked in amongst his cowering opponents.

If Klitschko can keep his chin down and hands high, and work off that fearsome jab of his, he could enjoy success; could is the right word, as we simply don’t know anything about Joshua’s ability to take a punch.

The young Englishman is yet to fight a real technical pugilist either – even his more respected opponents such as Whyte and Breazeale are bangers rather than students of the game. Handpicked opponents designed to be awkward – Michael Sprott, Matt Skelton, Johnson – were simply too far over-the-hill to put up any kind of resistance.

So for Klitschko supporters, the hope stems from knowing so little about Joshua’s defensive capabilities; the 40-year-old must find the courage inside himself to open up and take a chance in what is the last chance saloon of his illustrious career.

When placing our bets on any sporting occasion, we must look at the things we know for sure, rather than making assumptions.

We know that Anthony Joshua is a young, hungry lion with the world at his feet, but in 18 fights has barely suffered a scratch or broken a sweat. His devastating power has accounted for all-comers.

We also know that Wladimir Klitschko is a great champion; a gentleman in an increasingly toxic sport. His time has been and gone, and his performance against Tyson Fury confirms it.

Nobody will take pleasure from it, but Joshua will end Klitschko’s career in rather brutal fashion on Saturday night.