Manchester City v Liverpool: A Six-pointer to Start the Weekend

Please keep in mind that all odds mentioned are accurate at the time published on 08/09/2017 6:46 am and are likely to change. 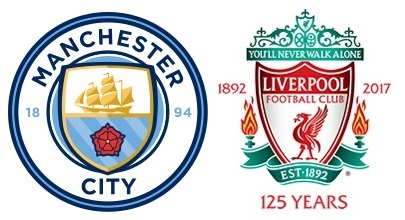 At this very early stage of the new Premier League season, it may seem odd to refer to a game as a ‘six-pointer’ but that theory could certainly be justified in terms of this fixture. Manchester City were the pre-season favourites to win the title at the end of 2017/18 but while Liverpool are expected to target a top four finish at best, many Liverpool fans believe that this could finally be the time to taste Premier League success.

It all means that Saturday’s lunchtime kick off is the most important game of the weekend but who’s going to win it?

Both teams come into this match with seven points from their opening three games and it may therefore be surprising to see just how far Manchester City are ahead in the result betting. They have home advantage but do Pep Guardiola’s men look a little short at their best price of 89/100 with MarathonBet?

The alternatives are the draw at a top price of 3/1 with bet365 or a win for Liverpool which would drop in at 41/13 with 10Bet. Based on the results we’ve seen so far, both sides should be in the top four at the very least by the time this season comes to an end.

Liverpool can be inconsistent and they can be reckless at the back as evidenced by their 3-3 draw with Watford on the opening day of 2017/18. However, their 4-0 demolition of Arsenal shows that there is a real threat to the home side. We’re edging towards a draw on Saturday but before we make our minds up, let’s have a look at the men who can make the difference. 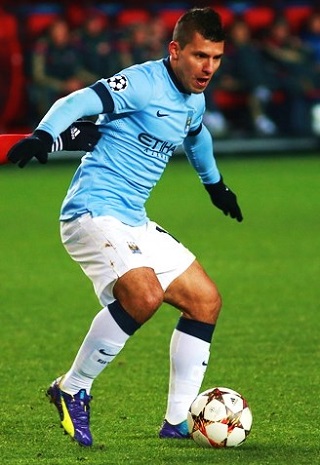 Manchester City players edge the goal scoring markets with Sergio Aguero the favourite to open the scoring at best odds of 18/5 with 888Sport. Strike partner Gabriel Jesus follows at a top price of 9/2 with SkyBet while Daniel Sturridge is Liverpool’s first representative at a best of 7/1 with 32Red and 888Sport.

There are two tempting options for us further down as two of Liverpool’s players are listed at the same best price of 15/2. Both Roberto Firmino and Sadio Mane have started the campaign in decent form and either can be taken at that 15/2 price with 32Red.

There may also be a question as we move down in relation to Philippe Coutinho. Will he start his first game of the season after that failed move to Liverpool? If you believe so then the Brazilian is at best odds of 12/1 with bet365 and 10Bet to score the first goal in this match.

There are plenty of options there but we’ll switch to the anytime market which is a safer bet at this early stage of the season. Liverpool’s Mane is our man there and he is quoted at best odds of 23/10 with 32Red and 888Sport for a goal in 90 minutes.

After three games of the 2017/18 Premier League campaign, Liverpool had a healthy return of eight goals and that tally is second only to Manchester United who top the table. By contrast, Manchester City have been a little subdued with five goals but with home advantage they should get on the scoresheet at least once and overall, this suggests that Both Teams to Score is safe.

This particular bet would currently come in at a top price of 8/15 with either bet365 or 10Bet. That’s our final tip of the day but if you want to be braver then there are longer priced options. We’re backing the draw in this one and a correct score of 1-1 would currently bring you best odds of 8/1 with 10Bet while under 2.5 goals looks particularly good at 13/8 with 32Red and 888Sport.

It all kicks off this Saturday lunchtime and the fixture of the weekend should bring us plenty of entertainment and hopefully it will be a profitable 90 minutes as the same time.