Manchester United v Anderlecht: Thursday’s Choice of Price Boosts from around the Sportsbooks

Manchester United’s Europa League tie with Anderlecht may look delicately poised at 1-1 from the first leg but the Red Devils are expected to win this one with some ease. United are as short as 2/7 with the likes of William Hill to win it in 90 minutes on the night and so, if you’re looking to take a bet on the game, you will be keen to seek out some extra value. There is also an offer from 888sport for Both teams to score at 6/1.

Here, then, is a selection of price boosts for Thursday night’s game. 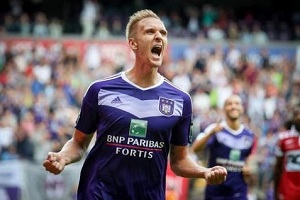 Winner are usually the quickest to declare when it comes to price boosts and they are fast out of the blocks once again for this game. There are four options to choose from and most of these are based around the favourites.

Firstly, we have Manchester United to win and Zlatan Ibrahimovic to score anytime which is quoted at 1.83 with Winner Sports. Having looked on as United beat Chelsea at the weekend, it’s likely that the Swede will start this game and he is favourite to open the scoring at 12/5 with William Hill. That figure will reduce even further for an anytime goal so this is a decent price boost with which to kick things off.

You can also bet on Manchester United to win both halves which has been increased from 2.50 to 2.75. Similarly, Winner also have a boosted price of 3.25 (from 2.95) on United to win it and Both Teams to Score.

If Manchester United carry their form over from the weekend then they have every chance of scoring in each period. They should certainly win it too so the only question is whether Anderlecht can breach the Red Devils’ defence.

With that in mind, Winner Sports complete their set of price boosts with a figure of 5.00 on the Belgians to score first. This is the biggest lift of the four, having been taken from 4.33, but what chance does this have of actually landing?

Anderlecht did find the net in the first leg and there is some danger in their team, most notably from Polish striker Lukasz Teodorczyk who has a prolific record in the Jupiler league so, if you fancy the away side to get something out of this match, this is a generous boost. 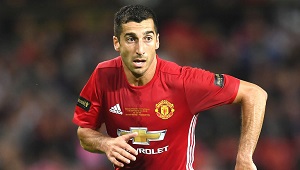 Hills have been relatively quiet for this match, listing just two price boosts but there are some tempting prices in both. The first of these offers 11/8 on Henrikh Mkhitaryan to score and Manchester United to win in 90 minutes and we think this is definitely one to consider.

The Armenian international has 9 goals this season for United but interestingly, he has four in seven in the Europa League so clearly he likes this competition. Mkhitaryan is our tip for an anytime goal at 7/4 with BetFred and this is therefore a very tempting offer.

William Hill’s second and final price boosts quotes Lukasz Teodorczyk to score and Anderlecht to win in 90 minutes. We’ve already mentioned the striker’s record and it currently stands at 20 goals in 30 league games for his current club so, if Anderlecht are to get anything out of this game, the likelihood is that Teodorczyk will be on the scoresheet.

Whichever team you favour, there are some strong and interesting price boosts in amongst these six choices and on a night when Manchester United are a very short odds on to win the game, you can get some excellent added value from any, or even all of these enhanced offers.