Please keep in mind that all odds mentioned are accurate at the time published on 29/09/2017 12:54 pm and are likely to change.

In the early days of the Premier League, these two teams were involved in some incredible battles. You can always tell when summer is upon us as, in lieu of any actual football, Sky Sports will inevitably be showing a re-run of a classic 4-3 victory for Liverpool with a late, dramatic winner from Stan Collymore.

At that time Newcastle were seen as genuine title contenders and although that can’t be said right now, their home fixture with Liverpool is the highlight of three Premier League games this Sunday. At the very least, this should be an entertaining 90 minutes but what do the bookies make of it all?

Newcastle have the home advantage but it’s Liverpool who lead the market as an odds on option across the board. Jurgen Klopp’s men start as favourites at best odds of 8/11 with Paddy Power and BetFred while Newcastle are the outside bet at 17/4 with bet365.

The draw completes this market at a top price of 31/10 with bet365 once again and that could be a popular option on Sunday. Liverpool have been inconsistent this season and, but for a late penalty miss by Leicester last weekend, the Reds would have failed to win for the fifth game in a row.

Newcastle, meanwhile, have won three of their last six and while they’ve yet to test any of the bigger sides, home advantage with a hostile crowd behind them could lead to a share of the points at the very least. 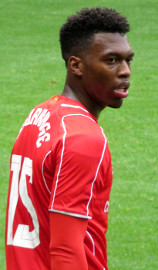 If Newcastle are to register here then Dwight Gayle could be their key man. The former Crystal Palace striker was instrumental in the Magpies’ promotion last year but has yet to find the net this season. Gayle is a best price of 15/2 to score the first goal on Sunday in a market that is dominated by Liverpool players.

The man that interests us however is Philippe Coutinho. Restored to the side after injury and that failed move to Barcelona, the Brazilian has already found his shooting boots and is at 13/2 with Sun Bets for the first goal. Countinho has been quite profitable for us in the anytime goal market and we’ll back the midfielder again at best odds of 21/10 with Sun Bets for a goal in 90 minutes.

With Gayle yet to fire, Newcastle have had their issues in front of goal but the same can’t be said for Liverpool who have been raining in goals for most of their matches in 2017/18. Defence is the concern for the Reds and with that in mind, Both Teams to Score looks very strong for this one at best odds of 8/11 with BetFred.

There are plenty of alternatives for our third tip and if you also believe that it could be an open and attacking 90 minutes with two suspect defences on show, betting over 3.5 goals should be considered at a top price of 7/4 with BetFred and 888Sport. On balance, that option carries the better value so we’ll add it to our bet slip for this fixture.

The risky but potentially lucrative Correct Score betting also has some very interesting prices and if it is a goal-laden game, you just know that some lucky punter will get a good profit here.

A drawn game with a 2-2 scoreline looks a very good shout at best odds of 57/4 with Ladbrokes while others might look at Liverpool 3 Newcastle Utd 2 which is at a top price of 22/1 with bet365 and William Hill.

An entertaining afternoon should be in prospect and hopefully some of our bets will come in to enhance that enjoyment a little bit further.