Who will be the next Pope? Next Pope Odds 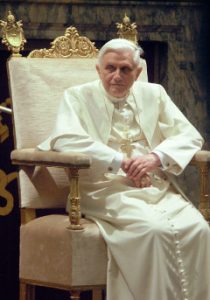 In relative terms, the last few years has seen quite a turnover at the head of the Catholic Church. When Pope John Paul II was elected way back in 1978, the Polish Pontiff was to rule for a further 27 years until his death at the age of 84 in 2005.

In the 12 years that have intervened, we have seen two further Popes – Pope Benedict XVI who resigned in 2013 and the current incumbent Pope Francis. The current Pope is 80 and seems fit and well but the relatively quick turnaround since 2005 has led to the genuine question as to who the next Pontiff will be.

And, as we know, whenever there is speculation, the likelihood is that there will be a betting market left to back it up.

The man at the head of that betting markets is Cardinal Luis Antonio Tagle who is on offer at a top price of 8/1 with Coral. The same bookie actually has joint favourites with Archbishop Angelo Scola at 8/1 also but elsewhere, the same candidate is listed at best odds of 10/1 with Paddy Power.

This is a limited market so far but of the bookmakers who are quoting, the top two are very tight so is there any way those of us with little knowledge of the hierarchy of the Catholic Church can distinguish them?

There has been a theory for those looking to bet on this specific event that the new Pope is more likely to be Italian. Going back through history this might back the theory up but in more recent times, Pope John Paul II was Polish, Benedict XVI was from Germany and the current Pope – Francis – was born in Argentina.

So we’re certainly bucking the trend at the moment but if you feel that it’s time for another Italian Pope and the choice will be influenced by nationality, (as some theorists do) then Angelo Scola is your man as Luis Antonio Tagle was born in Manilla.

Some may be uncomfortable with this approach to betting and there is certainly more to choosing the Pope than this theory but it is a valid theory nonetheless and needs to be looked at.

Behind the top two it remains very tight with Coral listing both Cardinal Marc Ouellet and Cardinal Peter Turkson at best odds in the current market of 10/1. From there, the gaps start opening up and we have three men at 16/1 – Cardinal Gerhard Ludwig Muller with Coral, Cardinal Christoph Schonborn with William Hill and Cardinal Sean O’Malley with Coral again.

We should probably only consider those options for now although it’s worth mentioning that Paddy Power and Coral haven’t quite seen the solemnity of this market and have once again encapsulated the true meaning of the word ‘novelty bet’.

Therefore, with>Paddy Power you can back Bono at 1000/1 or Father Dougal Maguire, a fictional character from the comedy series Father Ted, at 500/1. Coral have gone even more obscure by listing Jeremy Clarkson, Richard Dawkins and, for some reason, golfer Bubba Watson. If you want to waste some money, all of those men are listed at 1000/1. 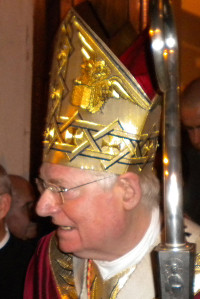 As you might imagine, this isn’t a market that easily lends itself to a host of side bets but there is an option to back the choice for the next Papal name. Only Paddy Power have listed prices so far and they have made Francis and Leo joint favourites at 4/1.

John Paul II would presumably have chosen his name as some form of homage to his predecessor so we can’t rule Francis out but this looks particularly hard to pick. Of the outside bets, John Paul is an interesting one again at 14/1 with Stephen at 20/1.

Perhaps one strategy is to look at common Papal names through history and identify where there has been a recent gap. With that in mind, Paul at 12/1 or a shorter 5/1 on Pius could be strong options.

Picking a Winner – Next Pope Odds

In a sense, markets such as these can be quite ghoulish for some: The resignation of the previous Pope was both rare and unexpected so essentially we are waiting for Pope Francis’ passing before we know the outcome of this bet. It’s also a very quiet market as we mentioned but as time wears on that situation will inevitably change. There have, of course, been reports of a possible retirement for the current incumbent but these have been appearing almost consistently for more than two years since April 2015 and nothing has yet materialised.

It’s also very tight in terms of the prices that have landed but, if you were going to commit to a winner, Archbishop Angelo Scola at that figure of 10/1 with Paddy Power looks a good option with the Papal name of Pius giving you an interesting punt for the double at 5/1 with Paddy Power once again.