Please keep in mind that all odds mentioned are accurate at the time published on 13/03/2017 12:58 pm and are likely to change.

Wednesday at the Cheltenham Festival is branded ‘Ladies Day’, and as such we can expect plenty of fine fillies to gather on both sides of the rails. When they aren’t busy quaffing Prosecco (those in the crowd that is, not the horses), they will be keeping a close eye on the day’s standout race, the Queen Mother Champion Chase, which looks set to feature a straightforward win for one of the most remarkable horses in recent memory.

Douvan will be looking to emulate the heroics of the indefatigable Sprinter Sacre, who recaptured his Champion Chase crown 12 months ago after first entering the winner’s circle here in 2013.

It was one of the most popular triumphs of the festival last year, and a quick look at the bookmakers’ odds suggests that a victory for the favourite this time around would be greeted just as favourably by punters. 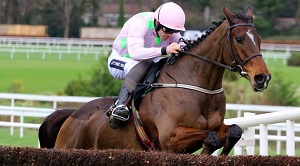 We can massage the facts and analyse this racecard through rose-tinted spectacles, but the truth is that Douvan should win and should win comfortably. The seven-year-old ticks all of the boxes: he’s won all 13 of his starts on a variety of surfaces, and already has two high-profile victories at Cheltenham to his name; the Supreme Novices’ Hurdle in 2015, where he won by nearly five lengths, and the Arkle Trophy 12 months later – where the margin of victory was seven lengths. So yes, he has already won two of the most revered renewals of the festival and barely even been tested.

Since joining the Willie Mullins yard in 2014, this French-bred gelding has looked simply unbeatable; his record confirms that theory. The fact that he beat his main rival for Champion Chase honours, Fox Norton, by ten lengths in last year’s Arkle is testament to how strongly he is fancied here – best odds of 2/7 (William Hill) simply do not lie.

It’s not often that this kind of price reflects value, but in the monstrous Douvan, for once the price is right. 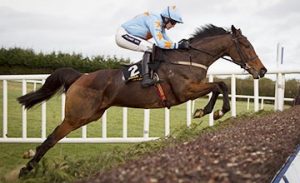 Most bookmakers are offering place terms on the first three home in this renewal, and many have even opened up a ‘Without Douvan’ market, so there is still a lot of interest in those a little further down the listings.

Colin Tizzard is on record stating his admiration for Fox Norton, the 7/1 fancy with 188Bet who is expected to be Douvan’s main competition here. The seven-year-old has won three times on the perambulations of Cheltenham since last year’s festival, including the high profile Shloer Chase in November. Last time out he finished second only to the excellent Altior in the Game Spirit Chase, so there are some high-profile successes on is CV.

Is he good enough to beat Douvan though? The jury remains out on that one. But at 9/4 in the ‘Without Douvan’ bracket with Paddy Power, Fox Norton offers supreme value.

This will be the third Cheltenham Festival appearance of Un De Sceaux (8/1, bet365), and it has been a track that has offered the French fancy plenty of encouragement over the years. An Arkle Trophy winner in 2015, the nine-year-old followed that up with second in last year’s Queen Mother Champion Chase renewal, bested by three-and-a-bit lengths by Sprinter Sacre.

The Mullins charge offers his best work on good-to-soft ground – expected this week – and so will likely push Fox Norton all the way for second place. 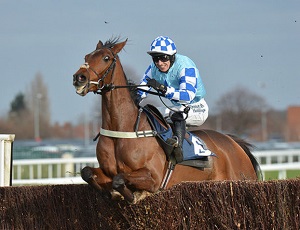 If the party is going to be gate-crashed then perhaps God’s Own (14/1, William Hill) is the most likely candidate. He was in contention in last year’s Champion Chase before a couple of errors meant he had to settle for fourth, and 12 months on we expect an improved performance this time around from the Tom George trained gelding.

He has sampled victory twice since Cheltenham ’16, including the Grade 1 Melling Chase and the Punchestown Champion Chase, where he bested the much-missed Vautour, and lost by just a length to Un De Sceaux in the Tingle Creek Chase in December; again after blundering early.

If he can fashion an error-free race then there is no reason why God’s Own can’t finish in the money; just don’t expect him – or anyone else for that matter – to have the beating of Douvan.