With just 12 games left for each side in this 2017/18 Premier League season, each match has great importance and it’s a vital time for teams to pick up points. This weekend has given us another interesting set of matches but we kick off with the most important of all.

Spurs host Arsenal at Wembley in the Saturday lunchtime game in a match which could ultimately decide the fate of these teams in terms of Champions League qualification for next season. We’ve already seen some new customer offers but what about regular deals for existing account holders?

The Good News is That There are a Number of These and Here are Some of The Best:

With Harry Kane scoring his 100th Premier League goal against Liverpool on Sunday, the England striker is an odds on favourite to find the net at any stage in 90 minutes. 4/6 is a common price from around the sportsbooks while Coral and Betway are among a few bookies offering best odds of 5/6.

Customers to Sport Pesa can, however, boost that up to 11/10 which offers a rare, and possibly the only odds against figure this weekend. There are terms with this and we suggest that you check them all just to be sure but these are the important points.

Choice of Four from SportNation 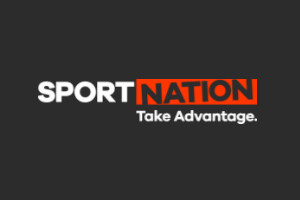 Kane to score could be the most likely option of the whole game but at SportNation, there is a little more choice. Here, they have given us four boosts and it starts with another striker-focused punt.

With Arsenal completing the signing of Pierre-Emerick Aubameyang on deadline day, we have two of the most potent centre forwards in European football on display here. To recognise that, SportNation have given us odds of 4/1 (from 3/1) on both Aubameyang and Harry Kane to score in this match.

Last time out, the Arsenal man found the net against Everton while Kane was on the mark from the penalty spot against Liverpool so there is some good immediate form to take into account.

Talking of penalties, SportNation are quoting 3/1 from 5/2 on a spot kick to be scored in this game so, if you think that any player from either side while find the net in this way, that’s a nice lift.

The biggest price boosts are still to come and SportNation have 9/1 from 7/1 on both teams to score in both halves on Saturday. That’s a decent increase but will it come in? Recent games between the two have produced a number of 1-1, 2-1 and 2-0 scorelines but if you feel that this will change, that’s a good enhancement.

Things are finished off with another price boost of two points and this time, SportNation have odds of 7/2, lifted from 5/2, on any red card to be shown. In any local derby, there can be some bad blood and some fierce tackling and while there isn’t a great history of sendings off in this match, we do tend to see a lot of yellow cards so maybe this is the time when things can boil over.

Do check the bookie’s general terms and conditions but these offers are far less restrictive with no fixed stakes and all payments made in cash.

With odds against prices on all three outcomes in the result market, this is a game that carries some decent value in its standard prices but we think the price boosts listed here are some of the best around and hopefully some of them can increase that value at the end of 90 minutes.