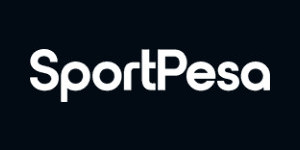 Having lost their opening game of the new Champions League campaign away to Inter Milan, Tottenham may have been hoping for an easier challenge than a home tie with the mighty Barcelona. They will, however, take hope from their strong performances against Real Madrid last season and Mauricio Pochettino’s men are getting some support in the markets.

Barcelona are, however, the favourites at a general Even Money price but new customers to SportPesa can improve on that quite considerably by taking advantage of this offer which has a mighty 50/1 up for grabs.

That Even Money price on a Barca victory comes from a number of bookies although they are odds on in some places. Elsewhere, the away win is available at best industry odds of 11/10 with Betway so we can see how much potential there is for value under this deal.

To complete this market, victory for Spurs is on offer at a top price of 67/25 with MarathonBet while the draw completes things at a best of 3/1 with BetFred. Those are the numbers involved so, if you want to take this SportPesa offer further, here’s how it all works.

As we mentioned above, this deal is exclusively for new customers to SportPesa so, if you have no dealings here at present, you are free to head across from this link to complete the sign up process. Don’t worry as this should prove to be quick and simple and it should take up no more than around five minutes of your time.

Once confirmed, you should then be taken to the cashier to make a opening deposit. The minimum amount is set by the bookmaker at £10.00 and all of their eWallet providers are excluded at this point so we suggest using a debit or credit card to carry this out.

Complete those quick and simple preliminary points and you’ll be ready to move straight on to the most important part of this offer.

Those funds should clear straight away and you can then stake the fixed sum of £1.00 on this opening bet of Barcelona to beat Spurs when the teams meet at Wembley Stadium on Wednesday October 3rd, 2018. The game gets underway at 8pm, covered live by BT Sport in the UK and if Barca come away with all three points, you will be paid out as follows:

Profits are met in two parts with an initial return coming back to you as cash based on SportPesa’ standard market price for the away win. Expect to see that hit your account as soon as the final whistle sounds while the balance, up to the price boosted figure of 50/1, will come along as a series of free bet tokens within 48 hours.

Do check your account for those tokens as these must be used within 5 days or they will expire and will not be replaced. 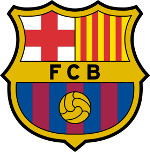 Those are the main points of this deal but you are free to check all terms and conditions on the SportPesa offers page if you prefer. Essentially it’s a very simple promo and it’s over to you to decide whether to take it up.

Spurs have recovered since losing three games in succession and, if you count that win on penalties against Watford in the Carabao Cup, they have now won three in a row. Barcelona’s recent form is actually worse but when you look at the quality in a squad led by Lionel Messi, you can see why the market is supporting them.

This isn’t a certain offer but it comes with a huge set of enhanced odds that could lead to significantly boosted profits for new SportPesa customers.