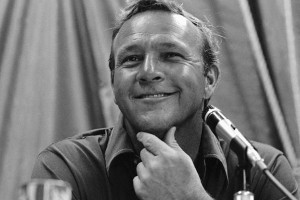 Anyone with just a mere passing interest in golf will know that Arnold Palmer was one of the greatest players to have graced the game. Along with Jack Nicklaus and Gary Player in the 1960’s Palmer was part of a triumvirate known as the ‘Big Three’ and he would finish his career with no fewer than seven Major titles.

But golf, and the players that are involved today, owe Arnold Palmer a far greater debt. He, and others like him, introduced the game to a wider TV audience and the popularity that ensued continues to this day.

Others may have won more of the four big tournaments in their lifetime but Arnold Palmer’s haul of seven Major trophies is up there with the best. Included in that list are four US Masters titles, one US Open and two British Open Championships. He was arguably the dominant force in the game during the early 1960s with all of those victories coming in a six-year period between 1958 and 1964.

The only Major that Palmer failed to win was the US PGA tournament but he came agonisingly close to completing a personal Grand Slam. Palmer was runner up in this event on three separate occasions and the closest he came to securing the title was in 1968 when he lost by just one stroke to Julius Boros.

Those are just the Majors: In a career spanning an incredible 52 years, Arnold Palmer won no fewer than 95 professional tournaments. His haul of 62 trophies on the US PGA Tour alone sees him remain in fifth place on the all time list and, looking at the active chasers below him, that record is likely to remain for many years to come.

Arnold Palmer also won a number of personal awards which related both to his endeavours on and off the course. In four years between 1958 and 1963, he was the PGA Tour leading money winner and was also the PGA Player of the Year in 1960 and 1962.

The Bob Jones Award, the Old Tom Morris Award and, in later years, the Payne Stewart medal, all came Palmer’s way while recognition came from other sources too. In 2004, he was awarded the Presidential Medal of Freedom to go with many other titles that he has picked up in his lifetime.

It’s a vast haul of trophies and, while those seven majors put him at joint seventh on the all time list, Arnold Palmer was clearly one of the greatest golfers to have ever lived.

Arnold Palmer was born into a golfing family on September 10, 1929 in Latrobe, Pennsylvania. He went on to attend Wake Forest College in North Carolina on a golf scholarship but left to sign up with the military between 1951 and 1954.

He returned to the game and made an impression on the amateur circuit before announcing his decision to turn professional in 1955. His first success on Tour came in his very first season when Palmer claimed the 1955 edition of the Canadian Open to claim a first prize which was worth $2,400.

His first Major Championship victory came, as we’ve seen, in 1958 and by that point the prize money for the US Masters had risen considerably to $11,250. By that point he had established himself as one of the biggest stars that the game would ever see and the best was yet to come.

Arnold Palmer was undoubtedly a talented player but it’s said that his charisma was also behind his draw as a TV Star. Along with Jack Nicklaus and Gary Player, Palmer combined flair with a persona that captivated a viewing audience and golf suddenly enjoyed a boom period in the ratings.

At one point, renowned sports agent Mark McCormack listed the attributes that made Arnold Palmer so marketable for the TV companies. There were his good looks, his humble upbringings, his flair on the course, his genial nature and the ability to somehow get into tight finishes at the end of a tournament.

In the present day world of digital television, viewers have a choice between tournaments in Europe and the US. We can watch more televised golf than ever before and Arnold Palmer had a huge role to play in putting an audience before it. 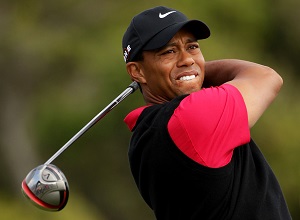 Palmer now has a tournament named after him. Every year, many of the world’s best current players descend on the Bay Hill course in Florida to take part in the Arnold Palmer Invitational. Bay Hill is the course which was owned by Palmer since 1974 and he was a regular presence their up until his death in 2016.

This is one of the older events on Tour having first seen life as the Florida Citrus Open Invitational back in 1966. In 1967 and 1970, Palmer was the runner up in this event before he finally secured a victory in 1971.

In the modern era, Tiger Woods is the most successful player in the history of the Arnold Palmer Invitational and his continuing presence underlines the esteem in which Palmer was held.

But that’s just the start of the man’s legacy. Palmer introduced so many players to the game and did so much to popularize the sport. Golf is a global phenomenon and its place on the sporting calendar is undoubtedly assured. Not only did Arnold Palmer play a big role in the game’s rise, he was also one of the greatest players to have ever set foot on a golf course.