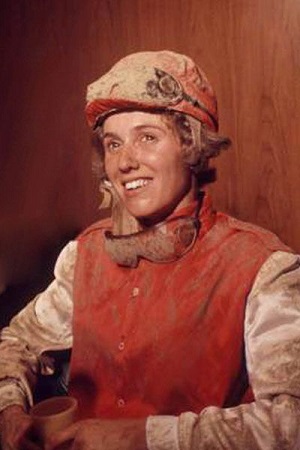 Women are making great inroads into the world of horse racing: In the modern day, we’re used to seeing successful female jockeys, trainers and owners competing in the sport and driving the cause forward.

We may still be waiting for bigger achievements in the classic races such as the Derby and the Grand National but that time will surely come. Landmarks will continue to fall in the years that lie ahead and those making history will always look back gratefully to the ones that have gone before.

It hasn’t always been plain sailing for women to make their mark in a sport that was historically dominated by men for so long. In fact, for the first female jockey to have ever graced horse racing, attempts were made to block her path at every turn.

Diane Crump was born in 1948 in Connecticut, USA and her family subsequently moved to Florida and like many young girls, she began to enjoy horse riding lessons. Crump, however, took her love for horses far more seriously and it was clear that she was an accomplished rider who could carve some form of career from her talent.

That progression continued and within a short space of time, it became apparent that Diane Crump felt that the time was right to challenge male jockeys on a level playing field.

Crump rode for the first time as a professional jockey on February 7, 1969. It was a pari-mutuel event at Hialeah Park Race Track in Florida and she would eventually finish ninth out of 12 competitors. It’s said that Diane Crump returned to cheers of support from racegoers but that certainly wasn’t the case as she prepared to run for the very first time.

She needed a police escort to get to her ride and as Crump stated at the time:

The crowd was just swarming all over me: The hecklers were yelling – ‘Go back to the kitchen and cook dinner’

They thought I was going to be the downfall of the whole sport which is such a medieval thought. I was like ‘come on people this is the 1960s.’

Those are comments that will resonate with many professional sports women some fifty years later but did Diane Crump eventually win their respect?

While Crump finished down the field in her first outing, it wouldn’t be long before she was enjoying success in the winner’s enclosure. It would take just a couple of weeks until that first winning ride was landed

A year later, in 1970, she became the first woman to ride in the prestigious Kentucky Derby. This was a huge breakthrough but over the course of her career, Diane Crump would prove that she was far from a novelty act. 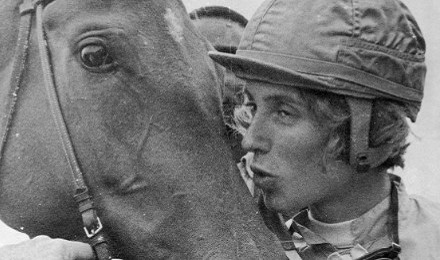 Diane Crump wasn’t on the track to simply make up the numbers and she would progress from that difficult day in 1969 to make a real impact on the sport. Demand came from all over the world and while she continued to ride extensively in the US, there were additional performances in Venezuela and Puerto Rico.

Crump also overcame serious injury in the latter stages of her riding career: In 1989, she suffered a fall and broke ribs, an ankle and her leg in the incident. Her leg was, in fact, broken in six places and she was advised by doctors not to ride again.

Ignoring that advice, Crump went on to make a return to racing and she actually rode competitively until the late 1990s. She had, initially retired in 1985 and at that point had rode in excess of 230 winners. Upon returning in 1991, the latter part of her racing career wasn’t quite so successful but Diane Crump had still left an indelible mark on horse racing.

Will the horse racing industry still in her blood, Crump worked as a trainer for a time and has also held a post in equine sales.

As we’ve seen, Diane Crump faced great hostility as she battled to make her mark in a sport that was exclusive to men at the time. It’s said that two female jockeys had attempted to ride professionally a year earlier but were forced away from the track after their male equivalents threw rocks at them.

Hopefully that has all changed now and that all male sportsmen are accepting of their female counterparts. In horse racing, a number of female firsts have been achieved over time. We’ve seen some great jockeys all over the world including Hayley Turner, Nina Carberry, Julie Krone and Rosie Napravnik.

All have enjoyed success in their own right but surely they would acknowledge that Diane Crump had helped pave the way for a new and more accepting era.