Please keep in mind that all odds mentioned are accurate at the time published on 28/05/2020 10:05 am and are likely to change. 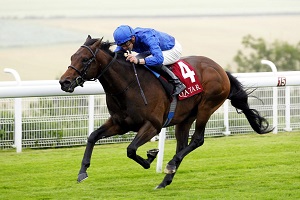 Sport is back – sort of – and while movement is slow across the world, some events are just edging their way back onto the calendar. In the UK, horse racing will return on Monday June 1st after a long lay off and there are a number of meetings in store throughout the week.

Markets are slowly starting to open ahead of each race and there will be a full set of prices on the morning of each card but here is our guide to what’s in store and we will pick out some odds where possible.

Monday gets us underway and on the very first day of a new month, Newcastle has the honour of opening up horse racing to the nation once again. This will be the only course open on June 1st and it offers us a busy card with no fewer than eight races in store.

The action gets underway at 1pm with the Brenkley Handicap Stakes for four-year-olds and above. Moving through the card, seven further races are in prospect and the biggest is the class three Hazlerigg Handicap Stakes which goes off at 4pm.

There may be bigger meetings ahead as we move through June but racing has to start somewhere and, as the shrewd punters know, the true value can often be found on this type of card.

Tuesday June 2nd continues the week’s horse racing with two meetings. Newcastle continues to provide some action but this time, the north east venue is joined by the south’s Kempton Park.

On Tuesday, the Newcastle card features eight races and this time there are two class 2s. The highlight for many racegoers will be the Delaval Handicap Stakes which is a sprint over six furlongs, going off at 2.30pm.

Down at Kempton Park, a packed Tuesday card has no fewer than nine races on it. Organisers will be looking to make up for this recent lost time so we can expect busy schedules from this point onwards.

It all gets underway at 1.15pm and while the races are listed from Class 4 to Class 6, there should be some interesting prices and plenty for punters to take advantage of.

Newcastle takes a temporary break on Wednesday as the action switches to Great Yarmouth and Kempton Park. Once again, Kempton has a very busy schedule and it provides the first class one of the week. All eyes will be on the Classic Trial Stakes over one mile and one furlong.

In the East of England, Great Yarmouth hosts nine races and the action is under starters orders from 1pm.

On Thursday June 4th, Newcastle comes back onto the schedule while we also see the first day of the Newmarket meeting and this is where things start to get really exciting. 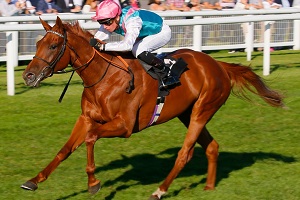 The 1000 Guineas and 2000 Guineas are right up there among the classic flat races and it’s great to see them surviving the list of postponed events in 2020. Among the many meetings lined up for the first week of June, these two renewals already have ante post prices on offer so let’s see who the bookies have lined up.

First up is the 2000 Guineas which is set to go off on Saturday June 7th. Pinatubo is the favourite for this one at 10/11 with BetFred and then we have a big gap to the chasing pack which is led by Arizona at best industry odds of 8/1 with 888Sport.

On Sunday, the action switches to the 1000 Guineas where once again, there is a red hot favourite. Quadrilateral is available at 3/1 with most bookmakers while 888Sport go top price at 10/3. The distant chasing pack is then led by Millisle and Love who are both quoted at a best of 12/1 with Coral and SportingBet.

From Friday through to Thursday, horse racing in the UK is also set to take place at Lingfield Park and Haydock Park so while the absence of spectators hints at a tentative return, the packed cards mean that there is plenty for punters to focus on.

While April’s Grand National had to be cancelled back in April, organisers are still planning for the Derby, Royal Ascot and other high profile meetings to go ahead. If you’re looking for the ante post markets from this distance then the Derby could be the first option to take.

Originally scheduled for the first Saturday in June, this historic Epsom classic has been pushed back to Saturday July 4th. Much of the original field remains and with the favourites starting at 8/1, there is some value here for those who can make a correct, early call.

Military March is one of two horses locked at that best price of 8/1 and those figures come from SportingBet and GentingBet amongst others. Also available at best odds of 8/1 – this time from Unibet and 888Sport – is Pinatubo. As we’ve seen, Pinatubo is the clear favourite for the 2000 Guineas and, if the horse wins the earlier race, the odds on winning the Derby are likely to tumble.

Stay tuned for more detailed previews of the bigger races as the season progresses from June onwards. Horse racing is back and while the ‘behind closed doors’ approach to sport will make for curious viewing in the following weeks, the markets are now open and there is value to be had.