Please keep in mind that all odds mentioned are accurate at the time published on 02/05/2018 2:32 pm and are likely to change. 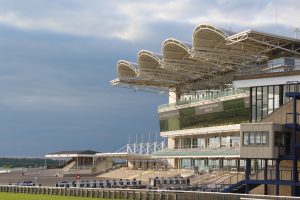 Following the recent ending of the National Hunt season, our equine focus now points towards the flat campaign, with Newmarket hosting its two-day Guineas meeting at the weekend.

Saturday’s highlight is the 2000 Guineas with some of Europe’s top three-year-old colts battling up the Rowley Mile straight course to claim the opening classic of the season on the level.

The 2000 Guineas dates back to the very early 1800’s and by the mid-19th century, the race – as it is to this day – was regarded as the most prestigious flat race for three year olds in Britain over the mile distance.

Fillies are also allowed to take part in the 2000 Guineas, with a three pound weight allowance, but rarely take advantage of this concession and stick to their own sex category of the 1000 Guineas race instead.

Bringing things more up to date, Irish super trainer, Aiden O’Brien holds the leading trainers’ record by saddling eight previous winners of the 2000 Guineas – with seven of those in the last 16 renewals. O’Brien has another strong hand this year but will face some stiff opposition with other leading trainers having fancied runners in the big race.

Here we will look at some of the leading contenders to try and point our readers in the direction of the winner on Saturday afternoon. 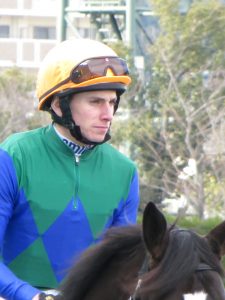 After showing his recent wellbeing at Leopardstown’s 2000 Guineas trial, Aiden O’Brien’s Gustav Klimt was installed as the bookmakers’ ante-post favourite for the Newmarket classic. Betway have priced up the son of Galileo as short as 7/4 to triumph on Saturday afternoon, but several other layers including Sky Bet and Betfred go 9/4 on the Irish hotpot.

Coolmore’s leading stable jockey Ryan Moore is unlikely to be able to take the ride on Gustav Klimt, due to travelling over the Atlantic to partner Mendelssohn in the Kentucky Derby – which can be deemed as a tip in itself – but the fortunate jockey who mounts Gustav Klimt has obvious win claims. Already a winner at Newmarket, Gustav Klimt showed admirable guts to reel in a race-fit Imaging at Leopardstown last time out, so the market favourite sets a strong standard for the rest to live up to.

Fellow O’Brien inmate, Saxon Warrior has not seen a racecourse since his Group 1 Racing Post Trophy win at Doncaster last October, but his fitness is likely to be assured for his assault on the 2000 Guineas this Saturday. Currently priced up as a 5/1 chance with Betway and 888Sport, Saxon Warrior will be battling to the finish line when others have cried enough.

Unlike several of his rivals’ Saxon Warrior has won all three of his previous races at the mile distance and the horse who brought up O’Brien’s s 26th Group 1 winner of 2017, could well have all the tools to bring home more glory to his stable’s burgeoning trophy cabinet and represents solid each-way value.

Significant flat racing owners Godolphin are always big players in the most important races of the season and they look to have strong claims again with Masar, following his nine-length demolition of his rivals in the Group 3 Craven Stakes at Newmarket, a fortnight ago.

Masar has been kept busy over the winter months with trips to Del Mar and Meydan and that extra work could reap dividends for punters who wish to take the best available odds of 5/1 with Sun Bets and Boylesports.

At the current ante-post prices, the Mark Johnston trained, Elarquam is the only single-figured priced horse remaining. It is 24 years since the popular Scot saddled-up Mister Baileys to Guineas glory, but the son of rising stallion, Frankel could easily outrun his best available odds of 11/2.

Elarquam was last seen at the back-end of last season at Newmarket’s Group 3 Tattersalls Stakes, with a strong performance over seven furlongs in what suggested that an extra furlong would not inconvenience. Johnston’s horses generally show notorious battling skills and this horse is another for the short list.

Significant ante-post interest has come for the Sir Michael Stoute-trained Expert Eye in recent days. The Khalid Abdullah owned son of Acclimation has been backed into single figure prices with most bookmakers, although Sky Bet and Sporting Bet still offer 12/1 on the colt.

Runner-up on his last two starts, Expert Eye was beaten by fellow 2000 Guineas entrant James Garfield on his most recent outing. Expert Eye pulled very hard on the day, and the Stoute horse must settle better on Saturday afternoon if he is to make his presence felt.

Another Aiden O’Brien runner who should not be thoroughly discounted is U S Navy Flag, despite having some inferior form to his rivals. U S Navy Flag finished fifteen lengths behind Gustav Klimt at Leopardstown last time out but has two Group 1 wins over six and seven furlongs at Newmarket from last year.

Still available with Coral at 20/1, U S Navy Flag obviously handles the Newmarket track and punters who follow the old adage of ‘horses for courses’ could be generously rewarded on the O’Brien understudy.

Both Guineas races are always tough to get a handle on form-wise, with several runners yet to race this season, which adds to the difficulty of selecting the winner. Aiden O’Brien has the strongest hand yet again in my view with four potential runners at the time of writing.

Preference is for Gustav Klimt after his power-packed performance in mowing down an already race fit rival at Leopardstown last time out. He will obviously strip fitter for that showing and is likely to take all the beating in this race.

At the prices, despite finishing a mammoth 15 lengths behind Gustav Klimt last time out, U S Navy Flag is worth a nibble each-way at 20/1. He has yet to win over a mile, but his course form at Newmarket is nothing short of fantastic with two Group 1 juvenile wins over shorter distances. He’s worth chancing at the prices.