Please keep in mind that all odds mentioned are accurate at the time published on 22/08/2018 8:33 am and are likely to change.

This weeks’ top-class Group racing comes through the week instead of the usual weekend fayre, as York racecourse holds its prestigious Ebor meeting from Wednesday 22nd – until Saturday 25th August.

Wednesday’s highlight comes in the Group 1 Juddmonte International Stakes as Poet’s Word looks to enhance his reputation as this seasons’ top middle-distance at the highest level by recommencing battle with Roaring Lion and Saxon Warrior over ten furlongs.

The Group 1 Yorkshire Oaks over 12 furlongs is the standout race on Thursday’s card as William Haggas’ Sea Of Class bids for his fourth win on the trot under jockey, James Doyle, but will face stiff opposition from the likes of the Karl Burke trained, Laurens and Coronet, from the John Gosden yard.

The Ebor Handicap takes place on the final day (Saturday) of the four-day fixture, and the competitive handicap will take lots of fathoming as usual. Irish National Hunt trainer, Willie Mullins is likely to send over the current ante-post favourite in Stratum, who could still be well weighted following a Newbury win back in July.

I have purposely saved Friday till last, due to it being my favourite day of the meeting, with the Nunthorpe Stakes being a personal highlight. Some of the world’s finest five-furlong sprinters will tackle the straight course on the Knavesmire track, in what promises to be one of, if not the stand-out race of the whole festival.

Here we will look at some of the runners in more detail, to try and point our readers in the right direction for a winning selection. 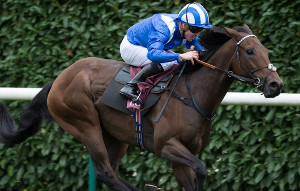 The obvious starting point for the Nunthorpe undoubtedly comes from Charles Hills’ superstar four-year-old Battaash. The Hamdan Al Maktoum superstar sprinter has won six of his last eight starts on the racetrack, yet some wish to diminish his credentials as the finest sprinter in the world today.

At the current ante-post odds of 8/11 with 888Sport, Battaash will go off a short-priced favourite to win his first Nunthorpe, but my advice is to wait until the horse goes into the stalls before the race begins before placing any wager on him.

Battaash is notoriously a very ‘edgy’ horse in the preliminaries before any race he starts. Last year’s Nunthorpe saw Battaash produce his most indifferent performance as a three-year-old by finishing over five lengths behind winner, Marsha.

The Hills yard have suggested that they have worked out the quirks in Battaash’s pre-race preparations, and that looked to be the case as he bolted up in taking the Group 2 King George Qatar Stakes at the Goodwood festival earlier in the month.

If, and it is a big if, Battaash has no issues with sweating and travels down to the stalls in good heart then he would be a very confident selection. Unfortunately, we do not have the benefit of hindsight for this preview, but his performance has to be considered by his attitude before the race as he can boil over and underperform.

Godolphin, and trainer, Charlie Appleby in particular have finally found the key to unlock the improvement in their own sprint star, Blue Point. At the Royal meeting at Ascot, Blue Point lowered the colours of Battaash by a length-and-a-quarter to claim the five-furlong Group 1 KIng’s Stand Stakes.

Black Type go the stand out price of 6/1 second favourite on Blue Point to repeat the dose on Battaash – and this rates as a solid each way bet. The son of Shamardal has to put a disappointing effort behind him after finishing a distance seventh at Newmarket last time out over six furlongs, but a return to the minimum trip could show the four-year-old in his best light once again.

Blue Point already has proven to be effective at York by taking the Group 2 Gimcrack Stakes over six furlongs at last years’ Ebor meeting. If there are to be any chinks in the Battaash armour on Friday afternoon, then Blue Point is likely to be the one to take advantage. 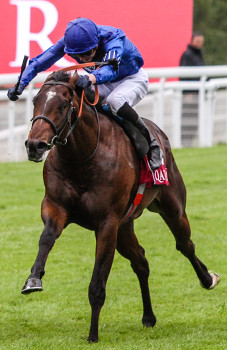 At the current ante-post odds of 8/11 Battaash and 6/1 Blue Point, the odds on the rest of the expected field begin at 14/1, which could be interpreted that the rest have little chance, but some have potential each-way chances to consider.

Judicial, trained by Julie Camacho makes both the horse and trainer’s first appearance in Group 1 company on Friday, and the older half-brother to last year’s winner, Marsha will be bidding to pull off the shock result.

SportingBet go the top price of 20/1 on the six-year-old who deserves a crack at this level following two victories at Beverley and Sandown. On the form book, Judicial is miles behind the likes of Battaash on ratings, but the former Roger Charlton inmate could prove best of the lesser lights and steal a place at decent odds.

Another to consider at much bigger odds is the Bryan Smart-trained Alpha Delphini. The seven-year-old has been placed in all four starts this season, most notably York’s City Wall Stakes on John Smith’s Cup day when a close second to Richard Fahey’s Mr Lupton.

Alpha Delphini has already lowered the colours of Take Cover this season, who finished second behind Battaash at Goodwood, which highlights his potential of each-way consideration at the huge odds of 40/1 that is generally available.

Battaash is the best horse in the race, and if he turns up in top form, he will win – make no mistake. However, there are quirks to his make-up and that makes me uneasy by backing him at short odds. I would only be prepared to punt on him provided he has settled well in the build-up to the race.

Blue Point is an obvious danger if Battaash does not fire on full cylinders. He has already beaten an under-par Battaash this season, and could do again potentially. He is solid each-way value at the prices.

A small wager is also advised on Alpha Delphini at the huge odds of 40/1. Trainer, Bryan Smart knows what it takes to train Group 1 winners, but the consistent seven-year-old can reach the placings here on his best form.