Please keep in mind that all odds mentioned are accurate at the time published on 02/08/2019 9:05 am and are likely to change. 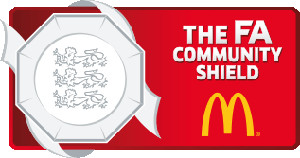 In most of the previous seasons, the Premier League winners would play the FA Cup winners in this fixture, but Manchester City did the domestic treble in 2018/19. In claiming the aforementioned trophies, along with the Carabao Cup, City must face Liverpool, as the two best teams from last season will face off the home of English football.

Manchester City have had a relatively serene preseason so far with victories over West Ham (4-1), Kitchee (6-1) and Yokohama Marinos (3-1). Pep Guardiola’s side have suffered just one reversal before the Wembley showpiece in a penalty shootout defeat to Wolves in the Premier League Asia Trophy, after a goalless ninety minutes.

By contrast, Liverpool’s warm-up fixtures have provided some indifferent results. Early wins over Tranmere Rovers and Bradford City were followed by defeats to Borussia Dortmund and Sevilla. Throw in a 2-2 draw with Sporting Lisbon and a 3-0 reversal against Napoli and it would suggest that Jurgen Klopp’s side have not had the best preparation for the new campaign. Liverpool did look more like their usual selves in beating Lyon 3-1 on Wednesday night, however.

Pre-season games are not a proper bearing of any team’s true form at this time of year. It is all about preparation for the big-kick off from next weekend. However, the Community Shield is a game where both teams will put out strong squads and will be determined to win.
In this preview, we will look at some of the more interesting bets for the game.

Manchester City are the bookmakers’ favourites to win the Community Shield on Sunday afternoon, but they are on the drift on the current Match Betting odds.

The blue half of Manchester can be backed at the best industry price of 20/21 with Betfred to leave Wembley Stadium with yet another trophy on the team bus home. The Draw is narrowly preferred as the nest best option in this market at 14/5 with Unibet and Betway, while the money is coming for Jurgen Klopp’s side in recent hours, with the Merseyside outfit available to back at the top price of 3/1 – again with Betfred.

Of the last ten meetings between the two clubs, Liverpool have won six times, Manchester City have two victories and two games have ended in stalemate. As already stated, very little bearing can be placed on previous form and recent results in this game, as it is still in effect a pre-season fixture.

However, Manchester City have made Wembley their second home in recent seasons, and they can get the job done to put down an early marker for the rest of the campaign in my view. 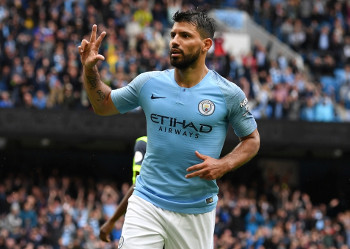 As with any high-profile game with top-class Premier League teams, the list of attacking talent is obvious and this contest is no exception. Manchester City’s Sergio Aguero had a much-less successful Copa America campaign with his native Argentina this summer, but he heads the First Goal Scorer betting at 21/5 with Betway.

Aguero could be rested for this game following his South American exploits, but it would be wise to check the team news prior to the game.

Fellow team-mate, Raheem Sterling is next best at 5/1 to open the scoring in this game with Unibet, and SportPesa. Sterling is likely to be tormenting Premier League defences with regularity this season and is worthy of noting if he makes the starting line-up.

Liverpool’s first sighting for opening goal scorer calculations comes from former Roma attacker, Mohamed Salah, who can be backed with Unibet and 888Sport at the best price of 13/2, which does seem to be a rather big price on initial thoughts.

Senegalese striker, Sadio Mane is not in the betting, and Roberto Firmino could well be a bit-part player in this game, so perhaps another Liverpool striker to consider is Divock Origi at the best-price of 17/2 with Unibet and 888Sport to give his team a flying start to the campaign.

Others to consider at larger prices would be Bernado Silva at 17/2 with Unibet. The Portuguese wide-man was in superlative form for his club last season, and could help his team to victory here with an impressive showing.

Liverpool defender, Virgil van Dijk is also worth noting at a generally available 33/1 with SportPesa and 10bet. The Dutchman is another who has not had the benefit of rest over the summer, and he could cause problems to the City defence, coming from set pieces.

For the player who likes to punt at short prices, the 9/13 on offer with SportPesa for Both Teams to Score in this game could well be the order here. Manchester City and Liverpool both play entertaining, attacking football, and I can only foresee goals at each end of the pitch in what should be a fascinating contest.

I’m prepared to find better value elsewhere however, and 888Sport offer 10/1 on Manchester City to win the match. Goals are an obvious starting point in this game and if Guardiola’s side are to win this tie, it is unlikely that they will keep a clean sheet in doing so. For information purposes, Liverpool are 60/11 with 10bet and SportPesa for the same market.

As is usual in our betting previews, we like to offer up a Correct Score bet, and this game is no exception. Our prediction for this game is a 2-1 victory for Manchester City. This outcome is at a tempting price of 15/2 with William Hill and Coral, and it is worthy of a wager.