Please keep in mind that all odds mentioned are accurate at the time published on 30/05/2019 1:48 pm and are likely to change. 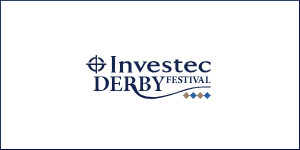 Following Monday’s five day declaration stage, a potential field of fifteen equine stars are left with the chance of joining some of the all-time greats as the Epsom Derby takes centre stage on Saturday afternoon, with the race due off at around 16:30 BST.

In terms of the ante post betting for this illustrious race, it promises to be one of the most competitive renewals in recent memory. As many as six horses are at single figure odds in the betting for the race, which is indicative of the stiff competition within the field.

Last year’s Derby proved to be a shock result for the punters as Masar flew home for trainer Charlie Appleby at the rewarding odds of 16/1. It was the first time that owners Godolphin have collected the top prize and with a potential runner on Saturday, their tally of success could continue.

The inaugural running of The Derby took place back in 1780, over one mile, and was won by Diomed. Four years later, the race was upped in distance to its currently known trip of twelve furlongs. The Derby was raced on Thursdays from its inception, however that changed at the beginning of the 20th century to Wednesdays.

From 1995, it was decided that it race would move again to the first Saturday in June and that alteration has proven to be a success for the most valuable horse race in Britain.

Credit must be given to bookmakers Betway however, by offering a Money Back as a Free Bet offer up to £10 if your selection does not win The Derby, but please be aware that it will be only your first bet that counts towards the offer, and the wager must be placed on the day of the race.

Here below, we will look in more depth at some of the leading contenders of the Blue Riband event, to try and point our readers in the right direction for a winning punt. 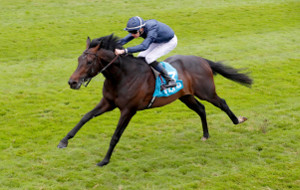 Supplementing of horses for major races seems to be more and more prevalent these days, and Sir Dragonet, trained by Aidan O’Brien had connections dipping into their extremely deep pockets to find the necessary, so that this fast-improving animal can take his chance in the Blue Riband event.

Following his runaway eight-length win of the Chester Vase recently, the Coolmore operation of messrs Magnier, Tabor and Smith realised this could well be their Derby horse of 2019. Previously to the Chester win, just two weeks previously, Sir Dragonet was breaking his maiden tag at 14/1 at Tipperary.

Ladbrokes and SportingBet, amongst other bookmakers, go the best industry price of 3/1 on the O’Brien charge. It seems obvious that the talent is there with Sir Dragonet, but will he handle the undulations of the Epsom track with such inexperience of two runs? However, the manner of his win at Chester makes Sir Dragonet worthy of the favourite tag.

Best of the British?

Another supplemented contender for The Derby is the Hughie Morrison-trained Telecaster, who has already been booked to ride by Oisin Murphy.

With three runs under his belt already this season, Telecaster has improved with every outing and is a very live contender to all in this race. His last two efforts included a facile win over inferior rivals at Windsor, but the real performance was in the Dante Stakes at York in lowering the colours of the previously unbeaten Too Darn Hot.

Telecaster should have few issues around Epsom and is likely to stay the trip so he ticks plenty of boxes. At 5/1 with William Hill and 888Sport, the British contender looks to have solid each-way potential at the very least. 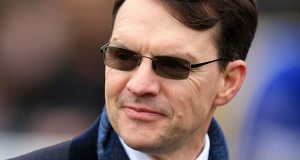 Of the potential fifteen runners who could stand their ground in the Epsom showpiece, Irish super-trainer, Aidan O’Brien holds eight of the entries. We’ve already discussed Sir Dragonet, but another of his charges – Broome – could be the one to be on.

After being narrowly defeated by Royal Marine in Group One Prix Jean-Luc Lagardere at Longchamp as a two-year-old, Broome has impressed with victories in the Ballysax and Derrinstown Stud trials earlier this season. Already holding strong form claims following those two wins, there could well be more to come by stepping up in trip. Betway are the standout price of 5/1 on Broome, who has a very live chance.

Of the other O’Brien runners, Anthony van Dyk has no stamina concerns going into the race, following a solid victory in the Lingfield Derby Trial. At 15/2 with Betway, he could be powering on up the hill when others are begging for mercy.

Japan is a generally available 10/1 chance and those odds seem relatively fair. A fourth-placed effort behind Telecaster this season sets him up for this race, but his best days could well be later in the season.

Circus Maximus is a 22/1 shot with William Hill and is not without hope. A winner of his Derby Trial race in the Dee Stakes at Chester, Circus Maximus had solid form as a juvenile, and the step up in trip could bring further improvement.

The other trio of Norway, Cape Of Good Hope and Sovereign are unlikely to be involved in the business end of the race.

Best of the Rest

Andrew Balding’s Bangkok has won both his starts this season and broke his maiden tag by lowering the colours of Telecaster at Doncaster in April. Another win at Sandown’s Derby trial offers hope, but he still needs to step up on what he has shown overall so far. The mount of Silvestre De Souza can be backed at the best industry odds of 9/1 with Ladbrokes and Betfred.

Following a staying-on fourth placed effort in the 2000 Guineas at Newmarket, Madhmoon has seen some ante-post market support in recent days leading up to the Epsom Derby. Kevin Prendergast’s colt had Broome in the rear-view mirror as a juvenile, so the potential is there for a big run at the standout price of 14/1 with Sport Pesa.

A very open renewal in truth, with several horses still yet to show all of their ability before the big day, which murk the waters somewhat. Sir Dragonet was mightily impressive at Chester, but there are concerns as to whether he will back-up that effort.

Marginal preference at the prices is for Telecaster to prevail for Hughie Morrison. The Dante performance was better than initially viewed in my opinion, and he has solid credentials to be right there at the end of the race.

An each-way dart is thrown in the way of Circus Maximus, who at 22/1 can outrun his odds, following a step-up in trip to twelve furlongs.