Please keep in mind that all odds mentioned are accurate at the time published on 25/01/2019 10:30 am and are likely to change. 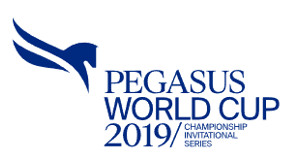 Northern America’s richest horse race takes place on Saturday, with the 2019 Pegasus World Cup at Gulfstream Park. With a prize fund of a whopping $9m, and $4m to the winner, the invitational race that is due off at 22:36 GMT on Saturday evening will pit twelve runners of the highest quality against one another on the dirt surface.

For two of the leading contenders for this race, Accelerate and City of Light, it is their final swansong in careers of the highest calibre. Both horses will be retiring after this event to begin breeding duties from next month onwards.

Following a meeting of dignitaries at the Thoroughbred Owners Conference at Gulfstream in January 2016, it was decided to race an annual 1 1⁄4-mile (10 furlong) Group 1 event to be run at either Gulfstream or Santa Anita Park in mid to late January, which would not interfere with the Breeders’ Cup or the Dubai World Cup.

Following further discussions in May 2016, it was deemed that the distance would be shortened to 1 1⁄8 miles (9 furlongs). Under the unusual format, twelve shareholders would each pay $1m to purchase a position in the line-up for a then unspecified horse. The shareholder then has the right to race, lease, contract or share a starter, or sell their place in the event, and would have the first right of refusal for subsequent races. Shareholders also have an equal share in the net income from the race.

After the inaugural running in 2017, it was announced that the second Pegasus World Cup in 2018 would be contested for a higher purse of $16m, with $1m from each of the 12 starting positions and an additional $4million contributed by the race sponsors, Stronach Group.
The 2019 Pegasus World Cup purse has been reduced to a mere $9m, with the other $7m in purse money allocated to the new Pegasus World Cup Turf race, which takes place earlier on Saturday’s card.

Previous winners include Arrogate (2017) and Gun Runner last year. Who will come out on top in this years’ renewal? Read on for our thoughts on the big race. 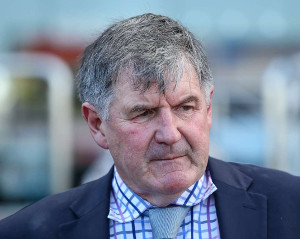 John Sadler trains the ante-post favourite Accelerate, and the star six-year-old will have the urgings of Joel Rosario behind the saddle. Accelerate, who capped a sensational 2018 season with a length victory in the Breeders’ Cup Classic at Churchill Downs last November, is the 13/8 market leader with Betfred and 888Sport, and has been drawn in stall five.

Accelerate has kept the best of company throughout his career but was seen at his peak during his 2018 campaign, in which he won six of seven starts, notched four Grade 1 victories, highlighted by his triumph in the $6m Breeders’ Cup Classic at Churchill Downs. In 22 career starts, Accelerate has won 10 times, including eight Stakes race victories, and finished second or third in 10 other races, amassing career earnings of almost $5.8m, and is a worthy favourite on his best form.

City of Light, trained by Michael McCarthy was the only horse to lower the colours of Accelerate last year, and has the opportunity once again over the exact distance the five-year-old beat his market rival at Oaklawn Park last April.

At the best industry price at the time of writing of 11/4 with Ladbrokes and Betfred, City of Light will look to end his career with positive figures over his market rival. You can look for City of Light to be at the forefront of the race with his pace-forcing style. With victory in the Breeders’ Cup Mile back in November already under his belt, the likeable bay could well be celebrating his sixth win from eleven career starts. 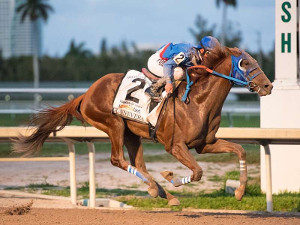 Local horse Gunnevera returns to the Pegasus World Cup following his third-placed effort behind Gun Runner in last years’ renewal. Often placed in big races of this nature throughout his career, Gunnevera can be in the shake-up for the placings once again at the tempting odds of 9/1 with Coral and SportingBet.

Todd Pletcher’s Audible will be running on familiar ground in the Pegasus World Cup, having won the $1m Group 2 Fasig-Tipton Holy Bull and the $1m Group 1 Florida Derby – over the same distance last year at Gulfstream. The four-year-old has had a light campaign since and has been aimed at the race by his trainer. At 10/1 with Ladbrokes and Sport Pesa, he is another worthy of each-way calculations.

The late developing Patternrecognition is another candidate for Pegasus World Cup honours. The Chad Brown-trained Florida-bred won on his Stakes debut with a front-running victory in the Group 2 Kelso Handicap at Belmont Park last September. The six-year-old followed up that effort with an unchallenged win in the Group 1 Cigar Mile, again at Belmont Park in December. Similar tactics are likely to be used here, and he can make his presence felt at 12/1 with William Hill.

The obvious starting point to try and pinpoint the winner is Accelerate, who was denied victory just once from seven outings in 2018, but that defeat was met over this distance, and by his main market rival, City of Light.

Narrow preference is given to the Michael McCarthy trained five-year-old who can repeat his efforts from Oaklawn Park last April. At the prices, he seems to be of reasonable value at 11/4 with Ladbrokes and BetFred to prevail.

As an each-way alternative, we like Patternrecognition to make the frame, and could even pull off the surprise result. Following his last two victories – with the most recent at Group 1 level, Patternrecognition is a horse who could still be improving, despite being six years of age. The current odds of 12/1 with William Hill are too good to refuse.