Sports Personality of the Year 2019 Odds

Please keep in mind that all odds mentioned are accurate at the time published on 03/12/2019 11:25 am and are likely to change. 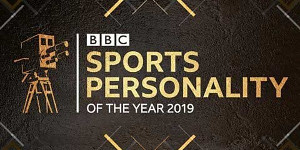 It’s time for the British public to vote on the sportsman or woman who they think has contributed most to 2019. The BBC sports personality of the year show takes place on Sunday December 15 with six nominees waiting to learn their fate.

The show has been running since 1954 and in the words of the BBC, the sports personality winners are those ‘whose actions have most captured the public’s imagination.’ As with most high-profile TV programmes, there is an active betting market attached to the sport personality of the year show and, as we have seen in recent years, there is value to be found at times. 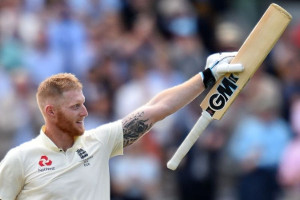 For the sports personality of the year 2019, the format is a simple one with a shortlist of six nominees having been submitted. Within that list we have two athletes, a rugby union captain, an England international footballer and possibly the world’s greatest ever Formula One driver but it’s a cricketer who leads the market by some distance.

With less than two weeks to go until the winner is announced, sports personality of the year odds markets show Ben Stokes as the clear front runner. The England all-rounder is as short as 1/7 in places while Betway are quoting 1/5 as an industry best.

Stokes has produced two of the most incredible batting displays that cricket has ever witnessed. Back in July, he rescued the World Cup final with a breathtaking innings that saw England tie with New Zealand at the end of 50 overs. Subsequently, the host nation claimed the trophy by the narrowest of margins following a Super Over.

A month later, Stokes provided even greater heroics as England faced Australia at Headingley. With the Ashes on the line, the home side were staring defeat in the face. Stokes made 135 and Jack Leach held up the other end as the hosts edged home by a one-wicket margin. In the context of both innings, they were simply brilliant and as single performances, they are worthy of putting Ben Stokes as the top of the spoty bbc market but will the British public agree? 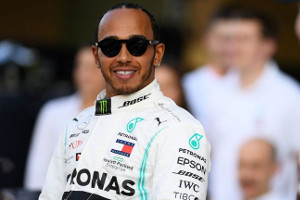 The second favourite in the market is Dina Asher-Smith who is listed at best odds of 10/1 with Coral and Royal Panda. Asher-Smith was the hero of the 2019 World Athletics Championships from a British point of view – winning the 200 metres and claiming a silver medal in the 100 metres. She is the first British sprinter to win a medal at this tournament since 1983 and her beaming smile endeared her to the public this year. That could be important when it comes to placing your bets.

Behind Asher-Smith the market starts to move out. Welsh rugby union captain Alun Wyn Jones is available at a top price of 22/1 with BetFred and VBet while Raheem Sterling is on offer at those same best odds of 22/1 with VBet and Royal Panda. Wyn Jones led his Wales side to a World Cup semi final and a Six Nations trophy while Sterling has been a prolific goal scorer for his Manchester City team. The England footballer has also done some great work off the pitch to promote awareness of racism and those efforts can make a difference in regards to the sports personality of the year.

In a shortlist of six, there are just two more names to consider: Lewis Hamilton is quoted at a top price of 25/1 with 888Sport and Unibet while Katarina Johnson-Thompson is the rank outsider at a best of 80/1 with VBet and Royal Panda.

Hamilton’s inclusion is obvious: The 34 year old driver has just completed his third world title in a row and his sixth overall and with those stats, he’s now being talked about as the greatest F1 driver of all time. The Mercedes man has been crowned before – he won the bbc sports personality of the year in 2014 – but we have seen multiple winners including recent three-time champion Andy Murray.

Johnson-Thompson is another hero from the 2019 World Athletics Championships, winning gold in the heptathlon, and while that was an incredible achievement, we suspect that she’s unlikely to win SPOTY from such a distant price.

Those are your runners and riders for this year’s bbc sports personality of the year awards so let’s see if we can pick out a winner.

There are a couple of side markets in the sports personality of the year betting. You can currently bet on a Top Three finish and you can name the winner without Ben Stokes but we think there is room for some value in the current, straight win prices.

Clearly, if you think Ben Stokes is going to win, there is little point in backing him at those 1/5 odds but is he the big certainty that the sportsbooks are suggesting? Stokes has certainly produced two incredible feats this year and is arguably the best sportsperson on this list but in recent years he’s been the subject of controversy away from the cricket pitch. Sections of the British public have long memories and it’s thought that Lewis Hamilton has been kept away from the top prize since 2014 due to questions over his tax affairs.

We’ve also seen upsets over the years. As recently as 2017, Anthony Joshua was a red hot favourite to win the award but the boxer was pipped in the end by Mo Farah. And, back in 2006, Zara Phillips won the Sports Personality of the year at odds in excess of 60/1. Taking all of that into account, we think there is an option to take a small stake on Dina Asher-Smith.

There has been no controversy surrounding the athlete and her feats on the track have also been remarkable. The wider general public may well take her to their hearts in a way that Ben Stokes might not be able to emulate. We wouldn’t suggest breaking the bank on this tip but at 10/1, Dina Asher-Smith is worth a small wager at least.