Please keep in mind that all odds mentioned are accurate at the time published on 12/12/2019 9:28 am and are likely to change.

The festive season is almost here and one of the sporting highlights over the Christmas period will be the 2020 Professional Darts Corporation World Championships, which will once again take place at the Alexandra Palace in London, commencing from Friday 13th December, with the Final taking place on January 1st 2020. The starting cast of 96 players from all over the globe will battle it out for the top prize of £500,000 and the opportunity to lift aloft the Sid Waddell Trophy in memory of the late, famed darts commentator.

The top 32 players from the PDC Order of Merit who have not already qualified for the PDC World Championship will play against 32 international qualifiers from all parts of the globe in the First Round, with the winners meeting the top-32 seeds in the Second Round. This years’ PDC World Championship has a tournament prize fund of £2,500,000, with the eventual winner walking off with a cool £500,000.
As confirmation, the tournament format will consist of:

Michael van Gerwen won this most prestigious event at the turn of the year for the third time in an already glittering career, but there will be stiff opposition for ‘The Mean Green Machine’ from the likes of Gerwyn Price, Rob Cross and Peter Wright amongst others in what promises to be a fantastic watch for all who take in the action. In this article, we will look at some of the main contenders in greater detail.

Since his maiden PDC World Championship win back in 2014, Michael van Gerwen has been the bookmakers’ favourite to walk away with the title every year since, and this occasion is no exception. The Dutchman has been an utterly dominant force in 2019 by claiming six PDC major tournaments and numerous other events and it can therefore be argued that the 5/4 currently available with the likes of William Hill and Coral on ‘Mighty Mike’ to win at the Palace is indeed a form of value.

Van Gerwen can reach levels of darting performance that most other players can only dream about, and if the 30-year old maintains his recent good form over the festive period, then it will take an almighty – if not impossible – effort to stop the ‘Mean Green Machine’ by the early new year.

The ‘Iceman’ Gerwyn Price is arguably playing the best darts of anyone in the world right now, and the Welshman has significantly shortened in the Outright Betting for the PDC World Championships in recent weeks, following his outstanding performance to retain the Grand Slam of Darts in Wolverhampton last month.

Price put in a dominating effort to cast aside Michael van Gerwen and Peter Wright on Finals night at the Grand Slam event, and the bookmakers have been impressed enough to cut the 34-year old into just 5/1 with William Hill and Betfred to win his maiden world title. One concern for backers of Price is that his form in the tournament is rather patchy, with a Third-Round loss in the 2018 event – to Michael van Gerwen – being his best effort. If he can find his best form on the Alexandra Palace stage, then the Price could well be right.

Peter ‘Snakebite’ Wright is the most colourful character within the PDC and has been around the top of the rankings for several years, but he has sadly never produced the required performance to win tournaments consistently at the very highest level. Wright has just one major PDC win – the UK Open of 2017 – but has been beaten in eight other major finals.

Wright is ranked seventh this season and could potentially face a mouth-watering Fourth Round clash with Dave Chisnall over the festive period. Wright is one of the most devastating scorers on the darts circuit and if he could put everything together in his arsenal, he is a value punt at 14/1 with Betway.

Rob Cross shocked the darting world two years ago to claim the PDC World title in his maiden appearance at the ‘Ally Pally’ and once again, the Englishman is heavily fancied in some quarters to go very far in the tournament.

Cross has won the PDC World Matchplay and the European Championship already in 2019, and he has lots of fond memories of the tournament which can always be of benefit in such a long event. With the second seeding, Rob Cross might have hoped for a kinder draw, but the 29-year old is in the same quarter as Chisnall and Wright which isn’t the easiest section of the draw. Unibet and 888Sport offer 16/1 on Cross to repeat his win of two years ago, and if he can navigate his way through the early rounds then those odds will look very generous. 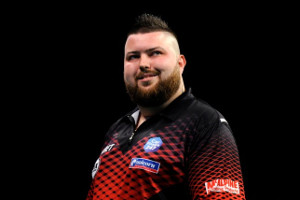 Last years’ runner-up to Michael van Gerwen was Michael Smith and the Englishman looks to be in the mix again to be World Champion, and he is of interest at 22/1 with William Hill and SportingBet. Smith is one of the heaviest scorers on the circuit and if he can keep his temperament in check, then he will be a threat to all in this event.

The ‘Flying Scotsman’ Gary Anderson is the biggest price he has been in a long time this year at 25/1 with Ladbrokes and Betfred, but the two-time former World Champion should not be wholly dismissed. Anderson has had a hampered campaign in 2019 for health reasons, but if he can find his very best form once again, then the Scot can mix it with the very best.

Dave Chisnall has long had the talent to be able to make a deep run at the PDC World Championships, and he has two Quarter-Final appearances in 2017 and 2019 to his name. ‘Chizzy’ has claimed the scalp of Phil Taylor on the Alexandra Palace stage over the years, so he can raise his game on occasions. William Hill and SportingBet offer 28/1 on the 10th seed claiming the glory on New Years’ Day.

It would be remiss not to mention that this year will see the departure of one of the all-time great dart players in Raymond van Barneveld, who will retire after this tournament. ‘Barney’ is a five-time World Champion with the BDO and PDC combined, and while it is highly unlikely that the veteran Dutchman will lift this year’s title, the 150/1 on offer with several bookmakers is likely to be taken by romanticist punters.

5/4 is not the most valuable selection, but Michael van Gerwen is an obvious choice to win the PDC World Championship for the fourth time in his career. If he turns up at the Alexandra Palace in his best form, then it is highly likely that the rest will be playing for the runners-up spot.

The recent form of Gerwyn Price is excellent, but his previous record in this tournament tempers my enthusiasm. I personally believe there are others of better value outside of the Welshman, which brings in Michael Smith, who could again be involved at the very end of the event this time around. Smith had the taste of being in the final last year, and at 22/1, he looks to be solid value.