Please keep in mind that all odds mentioned are accurate at the time published on 26/07/2019 10:25 am and are likely to change. 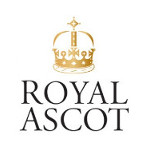 Ascot’s Royal meeting in the month of June is simply the most quintessential British horse racing meeting of the whole calendar.

Thankfully, the high-class equine action comes thick and fast at the Berkshire meeting over the summer months, with Saturday’s King George VI and Queen Elizabeth Diamond Stakes being the ultimate highlight of the weekend’s horse racing action.

Due to go off at 15:40 BST, eleven runners are confirmed to run at the final declarations stage on Thursday morning, so we have enough contenders for this illustrious prize for each-way permutations.

Succinctly known as the ‘King George’ and not to be associated with the National Hunt equivalent ran at Kempton on Boxing Day, the Ascot King George is raced over the Blue Riband distance of one mile and four furlongs (2,414 meters). Weight-for-age allowances are taken into account for the King George, with three-year-old colts carrying 8st 10lbs, with fillies having another three pounds less. Four-year-olds and upwards must carry 9st 7lbs to victory, with the three-pound female allowance being the same.

First raced back in 1951, it is Britain’s most prestigious open-age flat race, and its roll of honour features some of the most highly acclaimed horses in recent history. The King George VI and Queen Elizabeth Stakes became part of the Breeders’ Cup Challenge series in 2011. The winner now earns an automatic invitation to compete in the same year’s Breeders’ Cup Turf, although many of its winners subsequently compete in the Prix de l’Arc de Triomphe at Longchamp in October.

Last year’s renewal saw Poet’s Word take the spoils from Crystal Ocean, but the superstar filly and winner of the race in 2017, Enable is back this year to reclaim honours before a crack at the Prix de l’Arc de Triomphe for the record third time in October.
In this article, we will look at the likely runners for this year’s renewal in the hope of pointing our readers in the right direction for a winning punt.

In a season where the John Gosden-trained filly could leap to immortal status, Enable will look to take in this race in preparation for her Longchamp bid for glory later in the year. A winner of eleven races from twelve career starts, Enable has already taken in such illustrious races as this event two years ago, and the Breeders’ Cup Turf last November, alongside her other incredible exploits such as the Oaks back in 2017 and two Arc victories.

With such a resume, it is obvious to see that Enable is the bookmakers’ favourite to take this race on Saturday afternoon at Ascot. Unibet and 888Sport offer the best industry odds at the time of writing of 4/6, which is short, but could be seen as value after the race itself.

Enable has already been seen to good effect this year by taking the Coral Eclipse at Sandown last month. The ten furlongs’ trip was a little on the inadequate side for Khalid Abdullah’s filly, but she got the job done in her usual fashion by taking the race by the ‘scruff of the neck’ between the final two furlongs and powering to the line in dominating fashion.

On the basis of previous form, Enable is the obvious star in this race, but there are some stern opposition in waiting. However, there has to be a significant drop in form of the Gosden filly not to figure in the finish. It just comes down to whether the punter is prepared to take the odds on for her to make it win number twelve or not.

Crystal Ocean met with defeat in this race twelve months ago to stablemate Poet’s Word, but his career as a five-year-old has seen significant improvement under the tutelage of Sir Michael Stoute. Following a pair of facile Group 3 wins earlier this season, Crystal Ocean won the Prince Of Wales’ Stakes at Royal Ascot under Frankie Dettori in decisive fashion.

Dettori will opt for the ride on Enable in this race of course, so James Doyle will take the ride. According to leading handicapping specialists, Timeform, Crystal Ocean is only one pound behind Enable on their official ratings system, which highlights the chances of the arguably improving horse this season.

At a generally available 11/4 with the likes of William Hill and Coral, Crystal Ocean is a very lively alternative to the favourite in this race. He will be held in the race in a front-ranked position under James Doyle and be in position to strike in similar fashion to Enable, but who will get their head in front?

Once again, Aidan O’Brien has a strong presence in the final declarations for the King George, with four currently standing their ground. According to the ante post market, Ballydoyle’s leading hope looks to be Anthony Van Dyck, as market moves have taken place in recent days.

The three-year old will get an eleven-pound weight allowance over his elders, and that weight pull brings the son of Galileo right into consideration. Anthony Van Dyck is likely to be ridden by Ryan Moore and at the 15/2 available with William Hill and 888Sport looks to be a solid each-way bet as the 2019 Derby winner will appreciate the expected good-to-firm conditions. The concern would be the below-par effort last time out at the Curragh’s Irish Derby, but an improved run can be expected.

Roger Varian’s Defoe has also shown significant improvement as a five-year old this season, and he deserves his place in this illustrious line up following two excellent wins at Epsom in the Group 1 Coronation Cup and also at Royal Ascot by taking the Hardwicke Stakes at Group 2 level.

Defoe will be ridden by regular partner Andrea Atzeni and if there’s any of the leading protagonists who under perform in this race, then this progressive older horse could take advantage at 12/1 with Betfred and Tote Sport.

Waldgeist is a standing dish in these Group 1 events over middle distances across Europe and the French raider is available at 20/1 with Sportingbet. The Andre Fabre-trained five-year old has often come up short on his travels out of his native France, but he should never be wholly discounted.

A very interesting renewal even though we have an odds-on jolly at the head of the cast. Enable has obviously very strong claims in this race, but it could be her sternest test to date, with the likes of Crystal Ocean and Anthony Van Dyck in opposition.

Enable is the narrow preference for me in this race and she has to be the pick until the superstar filly meets with defeat. Crystal Ocean is expected to be the sternest test of the field to Enable, but Anthony Van Dyck is the pick at the prices as an each way alternative with plenty of weight in hand. The three-year old can make his presence felt.