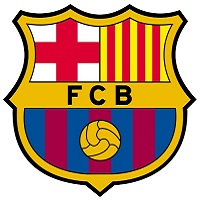 Liverpool fans may be feeling that the Champions League draw could have been kinder but their league form suggests that the Reds should fear nobody. Barcelona are coasting in La Liga and have rarely looked troubled in the UCL this season but in a semi over two legs, anything can happen.

Barca will go in as favourites, both in the To Qualify betting and in the Match Odds for Wednesday night’s first leg but are Jurgen Klopp’s men ready to upset the party?

Odds for the result in 90 minutes have Barcelona leading the way and you can pick up the Spanish unit at best odds of 9/10 with BetFred. A victory for Liverpool is quoted at a top price of 10/3 with BetFred again while the draw rounds this market off at a best of 29/10 with Unibet and 888Sport.

Remember, those are just the numbers for the first leg but what about the To Qualify betting? Barcelona remain odds on at 4/6 with William Hill and Betway while Liverpool are marginally odds against at a top price of 6/5 with Ladbrokes and Coral.

Anyone looking to get behind the English Premier League side will therefore find some value prices but who are the men that can turn this tie in Liverpool’s favour? 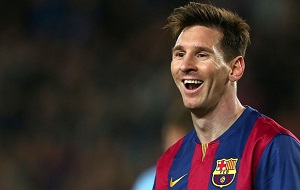 No surprises for guessing the name of the man at the top of the first goalscorer betting: Lionel Messi leads the way here at best odds of 3/1 with Unibet and 10Bet while the same two bookmakers have strike partner Luis Suarez at a top price of 17/4.

Liverpool’s first representative is Mohamed Salah at 13/2 with 888Sport and Sport Pesa while Sadio Mane is also on offer at 13/2 with SportingBet and 10Bet. Former Liverpool midfielder Philippe Coutinho is a Barcelona player these days and he will attract interest at 15/2 with Betway while Roberto Firmino is out at 8/1 with BetFred.

It’s always worth looking out for Liverpool’s Virgil Van Dijk in these markets: The centre half is a big danger from set pieces and he’s quoted at an excellent 33/1 with William Hill and Royal Panda.

Virgil Van Dijk is also worth a look in the anytime goal market where he can be found at best odds of 12/1 with William Hill and BetFred. We’re going to stay with that anytime bet for our first tip of the match but we’re switching to Barca’s Philippe Coutinho. The Brazilian was a profitable favourite of ours during his Liverpool days and he carries a decent top price of 27/10 with Unibet and Bethard.

There is so much striking potential in both camps but that doesn’t always mean that we will get a high scoring contest. A cagey affair can often ensue, particularly in the first leg of a two-leg semi but we don’t think that will be the case here.

What is certain is that there will be a lot of interest in the Total Goals market and you can start by going Over the 2.5 line at 8/13 with BetFred. We often extend to Over 3.5 which is available here at a best of 28/17 with SportNation and RedZoneSports. That looks generous enough but we’re extending further to Over 4.5 at an excellent 15/4 with SportNation and RedZoneSports once again.

We know that Liverpool will match Barcelona at their own game: They won’t sit back and allow Messi and co to dominate and we should therefore see both sides playing an attacking, open game.

Based on that same theory, Both Teams to Score should be obvious. You can either take that as a safer bet at a best of 11/18 with SportNation or, you can finish with our long range punt in the Correct Score betting. We’re going for Barcelona 3 Liverpool 2 at 21/1 with 10Bet and remember, all of these tips are for 90 minutes, excluding the second leg.