Please keep in mind that all odds mentioned are accurate at the time published on 10/01/2020 12:31 pm and are likely to change.

A few weeks ago you would have been forgiven for suspecting that little would be riding on this fixture. Bournemouth seemed to be coasting towards another mid-table finish while bottom of the league Watford looked to be destined for a return to the second tier.

Fast forward to this weekend and Sunday’s game is very much a relegation six pointer. The Cherries have been sucked into the drop zone following a poor run of results while Watford are on the up after a response under Nigel Pearson. The Hornets remain second from bottom but either side could climb out of that relegation zone with a win so who will come away with those vital points?

We have one of those result markets where odds against figures appear on all three options. There should, therefore, be some value here but which way is it going to go? The bookies come down slightly in favour of Bournemouth who are in front at 8/5 with 10Bet and Betway. Victory for Watford is next on the list at best odds of 24/13 with SportingBet while the draw completes matters at a top price of 49/20 with Unibet.

When the figures are so close it can be tempting just to play safe and back the draw but both sides have to go for the win. Form is on the side of Watford who are unbeaten in their last five while Bournemouth have lost three times in that same period. It’s a tough call but we’re going for Eddie Howe’s men here. The Cherries arguably have the better squad but have been underperforming and hopefully that 4-0 win last time out against an admittedly weak Luton Town team will give them the momentum to fight back. 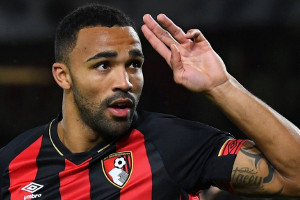 Callum Wilson was on the scoresheet for Bournemouth last time out and the striker is favourite to score the first goal at best odds of 21/4 with Unibet and 888Sport. Watford’s main threat is likely to come from Troy Deeney and it’s no coincidence that the Hornets’ resurgence began when he returned to the side. Deeney is listed at a tempting top price of 6/1 with Unibet and 888Sport once again while the same two bookmakers have Andre Gray available at a best of 13/2.

One player that we like to watch for is Watford’s Gerard Deulofeu. Much of the Hornets’ best play comes through the former Barcelona man and he is quoted at 7/1 with VBet to open the scoring.

Other names to consider in this section are Ismaila Sarr and Dominic Solanke who are both quoted at 8/1 with Unibet and 888Sport while Dan Gosling may be the best of the outside punts at a top price of 16/1 with VBet.There are plenty of threats in all areas of the pitch so once again, this is a market that is likely to hold some value.

Bournemouth may have put four past struggling Luton last weekend but prior to that demolition, Eddie Howe’s men had scored just once in their last four league games. In contrast, Watford have scored in each of their last five but do those combined stats suggest that Both Teams to Score is a strong option?

BTTS is available for Sunday’s game at 5/7 with SportNation and RedZone and while we’d hoped it might be closer to Even Money, we think it’s worth taking. Watford have been free scoring of late and Bournemouth, with home advantage, should be able to build on that 4-0 win last time out.

Elsewhere, our feeling is that there won’t be too many goals in this match. Backing Over 2.5 Goals will currently return odds of 7/8 with SportNation and we wouldn’t suggest going any higher than that. Our Correct Score suggestion would be a 2-1 win in favour of Bournemouth which is listed at 9/1 with BetFred or you could take a winning margin option of one goal for either side at 11/8 with Betway.

We think it will be tight and are getting behind Bournemouth to shade this. There are too many good players in their squad and while it might be wrong to suggest they are in a false position, the Cherries have the quality to get out of this. Watford’s form is admirable but we’re backing that run to come to an end this Sunday.