Please keep in mind that all odds mentioned are accurate at the time published on 16/08/2018 10:38 am and are likely to change.

These London rivals had contrasting results on the opening weekend of the Premier League. Chelsea, under new coach Maurizio Sarri coasted to a 3-0 away day win at Huddersfield. By contrast, Unai Emery saw his Arsenal charges dismantled in front of their home supporters by reigning Premier League Champions, Manchester City, in a 2-0 defeat.

Saturday evening – kick-off: 17:30 GMT sees The Gunners make the short trip across the capital city to take on Chelsea in the hope of gaining some league points from the opening two games, while The Blues fanbase will be expectant of another positive result in front of their home supporters.

Sarri’s men are the odds-on favourites with the bookmakers to take all three points in Saturday night’s key clash at The Bridge, and can be backed at the best industry price at the time of writing of 21/25 with MarathonBet.

Chelsea has a fine home record against Arsenal in recent seasons – won five, drawn one of the last six meetings at Stamford Bridge – and look firm favourites to continue the winning trend.
The Draw is next best at 61/20 again with MarathonBet, last season produced two goalless score lines between the two teams in all competitions, while a victory for Arsenal can be taken with Unibet and SportingBet at 7/2. It is almost seven years since Arsenal won at Stamford Bridge, with an inspired Robin van Persie hat trick in a 5-3 win.

It is unlikely that we will see another eight goal thriller on Saturday evening, but we can expect to see goals I feel. Arsenal’s defence looks to be fragile under the early stewardship of their new manager, and Chelsea can take advantage on home soil. 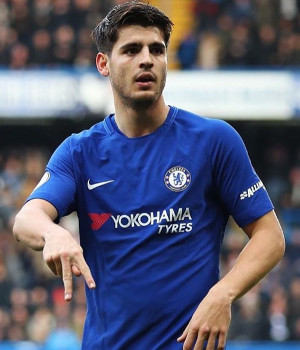 Spanish striker Alvaro Morata was given the starting nod against Huddersfield last weekend, and the former Juventus forward is the bookmakers’ favourite to open the scoring in this game. Morata is a top-priced 5/1 with Betway and 10Bet to break the deadlock in this early season derby.

Eden Hazard came off the bench in the second half against the Terriers and the Belgian attacker is as short as 7/2 to score first, but there is better value elsewhere. Betway are the best industry value of 6/1, which offers plenty of value considering Hazard is the Blues’ penalty taker when on the pitch.

Arsenal forward, Pierre-Emerick Aubameyang was left to feed off scraps against Manchester City last weekend, but the Gabon striker could make amends with the first goal against Chelsea on Saturday night. Aubameyang is a 13/2 chance with Betway to get his season going at the second attempt.

Others of note include Spanish wide man, Pedro, who scored a sumptuous goal at the John Smiths Stadium last weekend and could continue in strong form at 15/2 with Unibet and Betway. Willian provided the width on the other flank last weekend and the Brazilian attacker could offer interest to some punters at 8/1 – again with Betway.

Mesut Ozil has suffered a dip in form in recent months, but the former Real Madrid man is still a dangerous force in any game. Ozil is a top price of 16/1 with Unibet and 888Sport to score first, and is one to keep in mind at larger odds.

With such an excellent recent home record over the Gunners, Chelsea look to be decent value at 19/10 with Ladbrokes and Coral to be winning the contest at half-time and then go onto complete the match with three points. As already stated, Chelsea have won five of their last six Premier League meetings with Arsenal, and an early goal for Sarri’s men could enhance that run even further.

MarathonBet are offering 123/50 for Chelsea to win the match and Both Teams to Score as an alternative – or in addition – to the previous selection. Of the five previous wins for Chelsea in recent seasons, three wins were to nil for The Blues, however, Arsenal can breach the Chelsea rear guard and get on the score sheet.

Our Correct Score selection for this game is a 2-1 win for Chelsea. 10 Bet and SportPesa both offer the generous – in my view – odds of 8/1 rates as a worthy punt.

Chelsea have a very solid spine to their team with their summer additions this season I believe, and they should have too much for their North London rivals on Saturday evening. Eden Hazard is almost certain to make his first start in a Chelsea shirt for the new campaign, and he can be the catalyst for victory against an Arsenal side looking to find their feet under their similarly new manager.