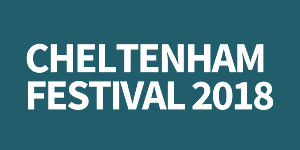 Of all the top-class Grade One racing that will take place at the Cheltenham Festival over the coming days, the Stayers Hurdle is likely to be the most competitive race – and potentially the most difficult puzzle to solve.

A bumper field of runners will take part for the three-miles event (4.828 meters) with twelve hurdles to be jumped. Previous winners of this prestigious staying event include three-time winner, Inglis Drever (2005, 2007-08) and staying hurdle legend, Big Buck’s who won the event four times in succession from 2009-12.

Nichols Canyon took the spoils last year, but unfortunately will not be at Cheltenham to defend his crown after suffering a fatal injury at Leopardstown’s Christmas meeting. It was a bitter blow for owners, Andrea and Graham Wylie and trainer Willie Mullins, but you couldn’t discount the Irish trainer finding another winner from his strong squad for this race.

Northern raider Sam Spinner currently leads the ante-post betting at 9/2, with Jessica Harrington’s Supersundae closely behind at 5/1, but with several other horses all having strong claims, who can come out on top? Read on for our thoughts on this big race.

Trained by Jedd O’Keefe, Sam Spinner began this season’s campaign with relatively lowly expectations. After finishing second in a Grade 3 hurdle at Chepstow last October over two mikes, three-and-a-half furlongs, Sam Spinner has been upped in distance to great effect.

A Grade 3 handicap victory at Haydock back in November was followed by an exceptional pillar-to-post victory in Ascot’s Grade 1 Long Walk Hurdle over three miles. Sam Spinner set a relentless gallop that day in which all of his rivals could not cope with. Sam Spinner has improved by 28lbs according to the official British Horseracing Board handicapping ratings this season, and there could be further improvement left in this rising star.

Two horses at the head of the ante-post market for the Stayers Hurdle are Supersundae and the Willie Mullins’ trained Penhill.

Supersundae won last seasons’ Coral Cup at the Cheltenham Festival, and has continued his progression this season at the highest level. The Jessica Harrington trained seven-year-old took the scalp of Faugheen in Leopardstown’s Irish Champion Hurdle over two miles but is equally adept over longer distances. Supersundae has only finished out of the first three placings once in his last eight appearances on the racetrack and looks destined to be in the shake-up again.

Penhill is an unknown quantity this season, as the lightly-raced seven-year-old has yet to see the racecourse. Mullins’ charge went into many notebooks last season after claiming the Albert Bartlett Novice Hurdle at the 2017 Festival. The gelding followed up that performance with a satisfactory runners-up spot to Champagne Classic in the Grade 1 novices event over three miles at the Punchestown festival last May. At the current odds of 8/1 (generally available) – and with Ruby Walsh likely to take the ride – Penhill looks to be another contender for the shortlist.

After having several potential options at this seasons’ Cheltenham Festival, Alan King has opted to put his Yanworth in the Stayers Hurdle after an inconsistent debut season over fences. Yanworth is a best priced 6/1 chance with Unibet and 888sport as the talented eight-year-old tackles the three-mile trip for only the second time in his career.

The previous time Yanworth was upped in distance came at Aintree in the Grade 1 Liverpool Hurdle. The JP McManus owned horse was sent off as the 9/4 favourite and won the race by one length ahead of Supersundae. Yanworth showed great determination for the battle on that occasion which would augur well for the uphill Cheltenham finish.

Harry Fry’s horses are in much better form than earlier in the season, so it would be churlish to rule out his stable star, Uknowhatimeanharry – especially at the juicy odds of 12/1 with William Hill and Boylesports. After being heavily backed to be sent off the 5/6 favourite for last years’ Stayers Hurdle, Uknowhatimeanharry finished in third place after a performance that failed to offer his usual sparkle.

This season has not lived up to expectations for Fry’s eight-year-old, which is why the bookmakers have pushed Uknowhatimeanharry out to such big prices. Provided that the horse is back to his best, then he would have to be on the shortlist.

The competitive nature of this race makes it a difficult one to call. Several have leading claims in the race, but we have to select Yanworth at the prices. Sam Spinner, despite his vast improvement could be the main danger to all but is unproven at the track – whereas Yanworth has bundles of previous Cheltenham experience. He is still unexposed at the distance and can give Alan King more Graded glory.