Friday is the final day of the Festival and the best is saved for last as the Cheltenham Gold Cup takes centre stage. The ultimate staying chase race will take place at around 15:30 GMT as the finest steeplechasing exponents from training bases in various parts of Great Britain and Ireland will do battle for the glory of capturing the prestigious Gold Cup trophy.

Raced over the extended three miles and two and-a-half furlongs (5,331 meters) with 22 fences standing in the way, the Gold Cup race is the truest combined test of speed and pure stamina.

The history of the Gold Cup has thrown up some fantastic victories and memorable stories – and huge surprises in equal measure. In recent years, Coneygree was the first novice to win the Gold Cup for 40 years back in 2015, in only his third start over fences. Best Mate won three Gold Cups back in 2002-04 to place the legendary horse into Gold Cup immortality.

Last year saw Native River repel all other rivals to claim his maiden Gold Cup victory. Now a nine-year-old, he is back to defend his crown, will he be successful in that quest, please take a look at this preview for our thoughts on the Blue Riband event. 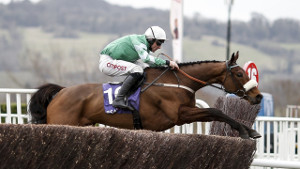 Ever since Presenting Percy took the RSA Chase at last year’s Festival, the eight-year-old trained by Patrick Kelly has been the ante-post favourite for the Cheltenham Gold Cup. Kelly is not the most recognised handler in his native Ireland, and he has had some quirky ideas for Presenting Percy’s preparation for his biggest assignment so far. The leading hope from over the Irish Sea according to the bookmakers is a generally available 7/2 chance.

The eight-year-old has only been seen on the racecourse once since his novice chase triumph at the Festival last March. Delays due to ground conditions have hampered preparations this season, but Presenting Percy took the Grade 2 Galmoy Hurdle at Gowran Park in January. It wasn’t the easiest event to win, with the likes of Bapaume, Killutagh Vic and Limini all finishing behind the mount of Davy Russell. One concern is his lack of chasing experience, but Presenting Percy will have no issues regarding distance and going conditions.

Native River was our selection for last years’ Cheltenham Gold Cup at the advised price of 11/2, and the Colin Tizzard-stable star is back to defend his crown in 2019. Another horse who will be suited by the likely soft/heavy going conditions, Native River has seen significant support in the ante-post betting in the last week, to see his price markedly shorten.

The mount of reigning Champion Jockey, Richard Johnson, Native River is now a widely available 4/1 chance, and that can be taken with Ladbrokes and. This season has seen the nine-year-old participate in the Betfair Chase – finishing second behind Bristol De Mai – and third in the King George VI Chase at Kempton Park on Boxing Day. Everything has been geared up for Friday’s race though, and Native River can be expected to run very well indeed. Every drop of rain that the course takes between now and the race can only be deemed as a positive also. 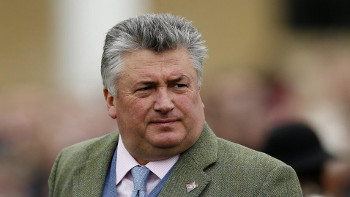 Leading trainer, Paul Nicholls knows exactly what it takes to train a Gold Cup winner, having saddled-up four previous winners, in See More Business (1999), Kauto Star (2007, 2009) and Denman (2008). A victory in this years’ event would see Nicholls equal the great Tom Dreaper, who had five wins as trainer of the Cheltenham Gold Cup between 1946-68. After a barren period since the halcyon days of Kauto Star and Denman, Nicholls is back this year with the rising star, Clan Des Obeaux, who has a leading chance.

At the top price of 9/2 with William Hill, Clan Des Obeaux realised his huge potential in taking the Grade 1 King George VI Chase at Kempton Park on Boxing Day, with Thistlecrack and Native River trailing in his wake. That effort was backed up with a visually impressive effort in claiming the Grade 2 Denman Chase at Ascot last month. Clan Des Obeaux has shown the best form of a British performer so far this season, and Nicholls has been very bullish over his rising stars’ chances of glory in the race. He’s definitely one for the short list.

After several near misses to win the Cheltenham Gold Cup, leading Irish trainer, Willie Mullins will throw more darts this time around, and his improving chaser, Kemboy is likely to be his leading hope of glory.

Following a first fence fall in the 2018 Irish Grand National, Kemboy has won four successive chase races – none more impressive than when winning the Grade 1 Savills Chase over three miles at Leopardstown over the festive period. Kemboy was challenged for the lead by Monalee between the final two fences, but the mount of David Mullins pulled clear late on for a comfortable success.

The credibility of the form can be questioned, but Kemboy is obviously a horse on the upgrade and is definitely worthy of consideration, especially in each-way calculations. Available at the best industry price of 10/1 with 888 Sport, Kemboy is one of the ‘dark horses’ of the event. 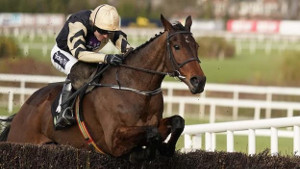 After covering the main four horses in the betting, the field does tend to weaken out somewhat for various reasons, but notable others include Bellshill at a generally available 12/1. This horse has always had a touch of class in his locker. Willie Mullins will no doubt have the nine-year-old in tip-top form, and he could make his presence felt.

Colin Tizzard also saddles up the second-season chaser, Elegant Escape at the Cheltenham Gold Cup, and the more testing the conditions are for the seven-year-old the better for the reigning Welsh Grand National winner. At 20/1 with the likes of Ladbrokes and William Hill, Elegant Escape is not the speediest horse, but will be staying on up the Cheltenham hill when others will be begging for submission.

Finally, a quick word for Bristol De Mai, who is a mud-lark, but must show muck improved form at Cheltenham to figure in the final stages. The inmate of Nigel Twiston-Davies has never won at Cheltenham in his career, but the popular grey could spark for the expected testing conditions, and cannot be totally dismissed at 25/1 with William Hill and 888Sport.

This promises to be one of the most open Gold Cup races in recent history. A solid case can be made for several runners in the field, but we have to pin our colours on one, and that choice is Clan Des Obeaux, who has shown marked improvement in his last two runs, is only improving with age, and still has relatively low mileage in his legs.

The lack of visual clues on Presenting Percy over fences this season is a negative in my view, although the horse still has serious potential over larger obstacles. This will be the toughest race that the Irish raider has faced, and could be caught out at crucial moments of the race. Native River is an obvious contender, but it remains to be seen if the reigning champ still retains all of his ability.

An each-way punt is taken on Elegant Escape at the generous odds of 20/1. Many horses over the years have not always had the speed required to win, but this horse definitely has the required stamina to get involved late, provided the conditions become very testing.