Please keep in mind that all odds mentioned are accurate at the time published on 25/01/2019 9:27 am and are likely to change.

The Countdown to the ‘equine Olympics’ that is the 2019 Cheltenham Festival is in full swing, with less than seven weeks until the four-day meeting of the finest National Hunt stars battle out for some of the most prestigious prizes in the sport.

As a prelude to the Festival, this Saturday afternoon at the Gloucestershire venue is ‘Trials Day’ with a last chance for some horses and trainers to get more fitness and experience into their equine stars before the big meeting itself in mid-March.

This weekend’s meeting has warm-up races that can offer several clues to the ultimate outcome of the Triumph Hurdle, Arkle Novices Chase, Ballymore Novices Hurdle, and the Blue Riband Cheltenham Gold Cup. Our preview focuses on the Cleeve Hurdle – due off at 15:35 GMT – and will offer plenty of pointers towards the ultimate successor of the Stayers Hurdle, which is the premier race on the penultimate day of the Festival.

The Cleeve Hurdle has a Grade 2 National Hunt hurdle race status and is open to horses aged five years or older. It is run on the New Course at Cheltenham over a distance of about 3 miles (2 miles 7 furlongs and 213 yards, or 4,822 metres), and during its running there are twelve hurdles to be jumped.

The race was first run back in 1983 over a distance of 2 miles 5 furlongs and 110 yards. In the late 1980s the event was classed at Listed level, and its full title was the Bishops Cleeve Hurdle. It was promoted to Grade 1 status in 1991, and in the following years its title was shortened to the present form. It was downgraded to Grade 2 status in 2004, and its distance was extended to the present length in 2005.

The Cleeve Hurdle’s Roll of Honour includes some of the staying hurdle greats of recent times. Rose Ravine was the first horse back in 1985 to win the Cleeve Hurdle and go on to Stayers Hurdle glory in March. Three-time winner of the Stayers Hurdle, Inglis Drever took the Cleeve in 2008 before his final victory at the Festival.

Big Bucks dominated the staying hurdling division with four Stayers Hurdle victories from 2009-12 and claimed the Cleeve on two occasions in 2009 and 2012. The last successful horse to win both races was Colin Tizzard’s Thistlecrack, who sauntered to victory in both races back in 2016.

With an expected field of fourteen runners for this years’ renewal, it promises to be a highly competitive affair. In this preview, we will look at some of the contenders to try and point our readers in the right direction for the winner on Saturday afternoon. 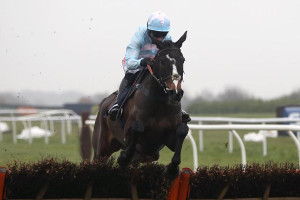 As an indication of the competitive nature of Saturday’s race, the current ante-post market has three horses, all as 4/1 co-favourites. One horse who has seen his odds contract in recent days is the Tom George-trained, Black Op, who reverts to hurdles, following an inauspicious start to his chasing career.

Following his excellent novice hurdle season, which culminated in victory in the Grade 1 Mersey Novices Hurdle at Aintree last April, Black Op was seen as one of the potential stars over fences this season. It hasn’t materialised. After two indifferent performances over larger obstacles, Black Op is returned to hurdles to try and reinvigorate the classy eight-year-old.

The significance of the switch back to smaller obstacles is yet to be seen, but other horses in the past – Big Bucks as a prime example – are just not cut out for fences and show their true talents over hurdles. At the generally available price of 4/1, Black Op has yet to run over three miles in his career, but he looks to be a leading player in this event if he can reproduce his novice hurdle form.

Form in the Book?

Emma Lavelle’s stable star Paisley Park has shown significantly improved form this season, and has proven over his last two starts in particular as a major contender for Saturday’s race, and at the Festival next month.

Paisley Park claimed the Grade 3 Betfair Stayers Handicap Hurdle at Haydock last November, and followed that success with victory in the Grade 1 JLT Hurdle at Ascot before the festive period, although Unowhatimeanharry and Sam Spinner did not complete the race at Ascot, you can only beat what is in front of you. Ladbrokes are the stand-out layer of 4/1 on the fast improving seven-year-old, who has to prove his worth around the Cheltenham track.

Course Form is the Key?

The final horse at the head of the market is Sue Smith’s Midnight Shadow, who shot to prominence following the six-year-old’s solid win at Cheltenham’s Relkeel Hurdle on New Years’ Day. Sent off as an 8/1 chance, Midnight Shadow was given a great ride under Danny Cook to take the lead before the last hurdle and repel the challenge of market favourite, Wholestone.

Midnight Shadow is another who is yet to step up to three miles, but his recent performance at Cheltenham did little to suggest he won’t stay the extra half mile. William Hill, Coral and Betfred offer the generally available 4/1 on the improving seven-year-old, as the Northern trainer, Smith, looks to bag another big prize down south. 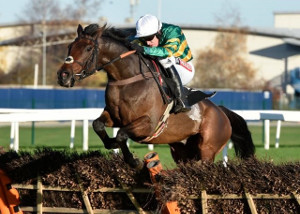 Dan Skelton’s Aux Ptit Soins has always held a high level of ability in his career, and the former Paul Nicholls inmate could be involved in the finish here. After winning his last outing at Cheltenham, owner John Hales was typically bullish about his horse’s chances of performing well at the Stayers Hurdle in March.

The former Coral Cup winner at the Festival has had injury problems during his career, but still retains ability, and looks to be a solid each-way play at the best price of 7/1 with BetFred.

As previously stated in this preview, Unowhatimeanharry and Sam Spinner have to put disappointing efforts behind them on Saturday, but shouldn’t be completely ruled out.

Unowhatimeanharry has been a standing dish at this level throughout his career and if the leading protagonists underperform, he could be one to take advantage at the generally available odds of 8/1.

Sam Spinner was sent off favourite for last seasons’ Stayers Hurdle, but has yet to reproduce the form that took Jedd O’Keefe’s stable star to those lofty heights since. Following an early fall in December’s JLT Hurdle at Ascot, it is difficult to assess his true ability and chances for Saturday’s race, but he should not be completely discounted and Ladbrokes’ offer of 12/1 is generous, if his strong, front running ability remains.

It is difficult to get away from the chances of the leaders in the current ante-post market in my view. I have concerns over Paisley Park’s adeptness over the undulations of the Cheltenham track, following his poor effort in last season’s Albert Bartlett Novices Hurdle run at the Festival, over course and distance.

This leaves Black Op and Midnight Shadow as the horses to focus on. Black Op must put behind his ineffective chase form and prove his stamina, while Midnight Shadow has also to step up in distance, but both could well have the class to do so.

At 4/1 the pair, I would happily split my stakes on both horses, which couples the duo as a 6/4 chance, in the expectation that one of the two improving horses can step up and become a real contender for the Stayers Hurdle in mid-March.