Daily Darts: Watch for The Wizard This Wednesday

Please keep in mind that all odds mentioned are accurate at the time published on 18/12/2017 2:05 pm and are likely to change.

We’ve seen the occasional surprise result in this year’s PDC World Darts Championship and were pleased to call the win for Keegan Brown over James Wade on Sunday. Moving on, the players are still working through a long haul of first round games and Wednesday’s schedule is a little subdued.

The highlight of the evening comes late on when Simon The Wizard Whitlock takes on Martin Schindler but can we find some value from the day’s play?

Before the main events can start we still have a qualifier to work through and the tie between Xiao Chen Zong and Bernie Smith kicks the evening off. New Zealand’s Smith has won a number of domestic events in his country over the years and he starts as clear favourite here at best odds of 1/5 with William Hill and Coral.

Xiao Chen Zong is very much the outsider in this one at a top price of 9/2 with Boylesports but we feel the bookies have called this one correctly. Waiting for the winner of that qualifier is Justin Pipe and you can already get best odds of 1/7 with Paddy Power and SkyBet for Pipe to beat either of those two. Once again, we think that’s about right so, with little value to be found so far, we’ll move on.

The third game of the night sees Michael Smith take on Steve Lennon and this is another tie where we have a clear favourite. Smith is ahead in the result market by some distance at best odds of 2/5 with Unibet and MarathonBet while Lennon is available at a top price of 23/10 with SkyBet.

As a quarter finalist here in 2016, Smith has some pedigree and while he’s yet to deliver on some considerable potential, he should be too strong for his opponent in that match. 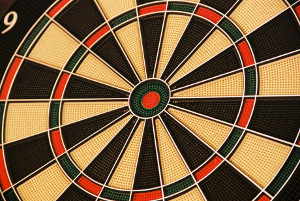 If you want to take some modest profits then you could look to back the three favourites so far. We feel that they will all go with the bookies’ judgement and are not expecting any upsets.

We’ll therefore concentrate on the final game of the evening where Aussie Whitlock takes on Germany’s Martin Schindler with the winner going on to face either Darren Webster or Devon Petersen in the next round. It’s another tie with a clear favourite as Whitlock goes into it at a best of 3/10 with Unibet while Schindler is out at 3/1 with bet365.

It’s tempting to call a shock result here because Whitlock, who was a runner up here in 2010 before reaching the semi final four years later, has done little since to suggest he has a major title in him. Schindler is just 21 and this is his first time at the event so he’s an unknown quantity to an extent and some will see value in that 3/1 price.

We’re tempted but think that Wizard Whitlock will progress but it could be a tight and entertaining match, worthy of one that headlines the bill. Anyone taking a look in the correct score betting could be swayed by a final outcome of Whitlock 3 Schindler 1 which is on offer at best odds of 5/2 with William Hill and BetBright but we’re going tighter than that and tipping 3-2 in favour of the Australian which is available at an excellent top price of 4/1 with BetBright.

There are other options of course but all are in favour of Whitlock and are a little short. Perhaps the best of them is the price on the Wizard to hit the most 180s which is quoted at best odds of 8/11 with Unibet.

The action continues at a relatively slow pace in the lead up to Christmas but Alexandra Palace showcases four intriguing games on Wednesday, even if the big names are missing. The matches in question should all go with the favourites but hopefully these tips will give us a profitable night overall.