Please keep in mind that all odds mentioned are accurate at the time published on 10/09/2018 10:12 am and are likely to change. 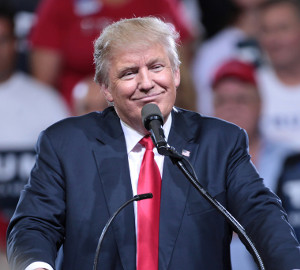 Two years on from his shock Presidential victory, Donald Trump is halfway through an eventful first term in office. The President of the USA has courted controversy from the moment he took up residence in the Oval Office and whatever your opinion of his government may be, it’s certainly not been dull.

As he head to the midterms, Trump has also attracted more interest from a betting point of view that any other previous President. Markets for impeachment, whether he would serve two terms and even if he had a bigger nuclear button than North Korea’s ruler have been made available.

There’s a lot of humour behind some of these markets but dedicated political and novelty bettors will also know that there is the possibility of making some good profits so let’s get straight on and consider some of the current Donald Trump betting specials.

Assuming Donald Trump completes a full first term as President then he will be looking to go into battle in 2020 for the right to serve for four more years. Clearly he has some severe critics but in terms of next election betting, Trump is the favourite to be elected and he heads the market by a considerable margin.

At the start of September 2018, more than two years before the 2020 vote, Donald Trump is available at best odds of 13/8 with Boylesports to be re-elected. That figure puts him some way clear of second favourite Kamala Harris at a top price of 10/1 with William Hill and 10Bet who is, in turn, followed by Elizabeth Warren at a best of 14/1 with Betway and SportPesa.

Kamala Harris is a US Senator from California and she is the current favourite to win the Democratic Party nomination for the 2020 election. Elizabeth Warren, meanwhile, will be a more familiar name to political bettors from outside of the US as a Senior US Senator from Massachusetts.

Moving through the contenders, Joe Biden and Bernie Sanders are both available at the same best odds of 16/1 with Ladbrokes and Coral while the current Vice President Mike Pence can be backed at a top price of 20/1 with BetFred. Conceivably, Pence could find himself in office if Donald Trump were to leave his post prior to 2020 so some punters will see some value in that figure.

Other names that carry similar odds include Cory Booker and Kirsten Gillibrand who are both available at 33/1 with BetFred. 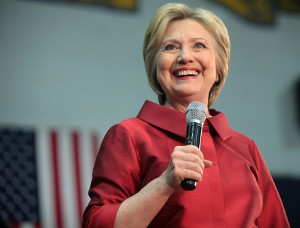 There is a big market at this early stage with dozens of names to work through. We can’t mention them all but it may be worth considering Michelle Obama at 40/1 with Betway and Hillary Clinton at 66/1 with Ladbrokes and Coral. Clinton was the Democratic nomination for 2016 while Obama is, of course, the wife of the previous President and both have been tipped at various points to stand next time around.

Other names are purely put in for a bit of a joke so we would suggest avoiding Oprah Winfrey, rapper Eminem and NFL star Tom Brady. Some would point at Trump and suggest that stranger things have happened but those names seem unlikely for 2020 at least.

It’s very early to commit but there are a lot of challengers and a number of them are women. It’s expected that it won’t be long before America gets its first female President so could that time be about to materialise?

A number of bookmakers have a market in place where punters can nominate the date when they think Donald Trump’s Presidency will come to an end. The dates in question range from 2018 right through to 2025 and there are some interesting options here.

If entering this market, keep in mind that if he were to lose the election in 2020, he would technically cease to become President the following year so if his first and possibly second terms run their full course, the payout would be based on the next year.

Starting with 2018, EnergyBet have this down at odds of 11/4 and as we’ve nearly reached the end of the year, this should probably be avoided. Next is 2019 which is available at 3/1 with EnergyBet and LV BET while the same bookmakers have 2020 available at 10/1.

Those options carry a whole two years of potential Trump misdemeanours and there could be some value contained there.

Completing this market is the 9/2 on Trump to leave office in 2025 and this is available with EnergyBet and LV BET once again. Based on the fact that the current President is favourite to regain office in 2020 and taking into account his ability to avoid impeachment thus far, the 2025 option could be the best of the bunch.

The list of specials bets has dwindled a little although some are still available. Many were verging on the bizarre so perhaps punters didn’t want to waste their money at 50/1 on France asking for the return of the Statue of Liberty.

There is a market which asks whether Trump will last his first term in office but as we get closer to the next vote in 2020, the odds on Yes have shortened to 21/50 with 888Sport while the same bookmaker has No down at 8/5.

For now, we’ll just focus on the main options and at this early stage, Donald Trump looks a little short at that 13/8 price to be re-elected in 2020. There is, according to the odds comparison sites, some interest in Kirsten Gillibrand, a US Senator from New York, at that 33/1 figure but we feel that Trump has enough support from within the country to get back in.

With that in mind and with the feeling that if he was going to be impeached it would have already happened, we think the best value lies in the 9/2 on Trump to leave office in 2025. You’ll be waiting for some time before claiming the profit but it looks the better option from a big range of bets.