England v Germany: No Such Thing as a Friendly as Old Rivals Meet

Please keep in mind that all odds mentioned are accurate at the time published on 08/11/2017 10:18 pm and are likely to change.

Technically this game is classed as an international friendly but anyone with at least a passing interest in football knows that there will be much at stake when these two sides meet at Wembley on Friday evening.

England and Germany have met many times in major tournaments and both will want to achieve what would be a psychological victory ahead of next summer’s World Cup in Russia. It’s been a gruelling few weeks for domestic sides so the squads are a little depleted but how are the bookies reading this one?

This is a tight result market with odds-against prices for all three outcomes and it’s one where Germany are the favourites at a top price of 6/5 with MarathonBet. The draw is available at best odds of 63/25 with MarathonBet once again while a victory for England can be claimed at a best of 11/4 with bet365.

Many serious punters tend to stay away from friendlies as the sides may experiment with their line ups and some may not be taking it too seriously but that’s not the case here. Both teams should be playing to their full potential and Germany should have the edge but let’s firstly look at the players who can decide the game. 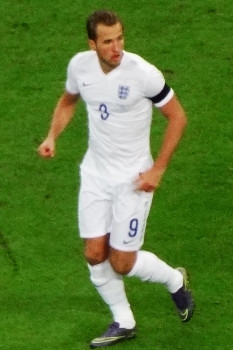 The most notable absentee for England is their captain and most potent striker Harry Kane who has been struggling with injury for the last few weeks. With Kane missing, German players dominate the first goal scorer betting and it’s Timo Werner who is favourite to open the scoring at a top price of 5/1 with Paddy Power and SportingBet.

Sandro Wagner is next at a best of 6/1 with Paddy Power while England get their first mention through Leicester’s Jamie Vardy who is at 7/1 with bet365. Werner is the new scoring sensation in Germany – a 21 year old who has been prolific with RB Leipzig – and already has six goals in just eight games for the full national side.

The striker seems a logical choice but there are further options including England’s back up forward man Marcus Rashford who is available at best odds of 8/1 with Unibet to score first. Rashford may not be as prolific as he was when he first came onto the scene at Old Trafford but he makes things happen and he is our tip for an anytime goal at 16/5 with Unibet again.

These teams have met twice in just over eighteen months: Both of those games have been friendlies, both were played in Germany but they yielded very different results. England came from behind to win 3-2 in Berlin back in March 2016 but twelve months later the home side prevailed in Dortmund by sealing a 1-0 victory.

Those outcomes are important in assessing Friday’s result but also for considering popular bets such as Both Teams to Score which is on offer for this match at best odds of 4/5 with 10Bet. The only concern with that is over England and the question of where their goals will come from in the absence of Harry Kane but that seems like a strong price.

For us, we are edging towards a tight match and one that will eventually be drawn so, other potential bets include under 2.5 goals at a top price of 10/11 with 188Bet and a correct score of 1-1 which is available at best odds of 6/1 with William Hill and 10Bet.

However, we will finish our summary by adding to our draw tip with two selections from the goal scoring markets. This is rare for us but the prices on Werner and Rashford look particularly good for two players who are in decent form and will be relied upon to provide the firepower on Friday night.