Please keep in mind that all odds mentioned are accurate at the time published on 17/05/2018 12:05 pm and are likely to change.

Following the shock passing of former Manchester United and Chelsea legend Ray Wilkins last month, it seems to be a fitting tribute to the ex-England international that the two clubs closest to his heart will contest the FA Cup Final on Saturday afternoon at Wembley Stadium – kick-off: 17:15.

Banners will be unveiled at both ends of the ground before kick-off and Wilkins’ wife, Jackie, will present the trophy to the winning team following the end of the game. Wilkins won the FA Cup as a player with United and as assistant manager with the Blues, as both clubs look for a winning end to their respective seasons.

Path to The Final

Chelsea were almost out of the FA Cup in Round 3 after needing penalties to overcome Championship side, Norwich City. Pedro and Alvaro Morata both saw red cards in extra-time, but the Blues nerves held strong with the spot kicks.

Comfortable wins over Newcastle and Hull City ensued, before a narrow win at the King Power Stadium over Leicester City at the Quarter Final stage. Antonio Conte’s side booked their Final spot with a routine 2-0 victory over Southampton in the Semi-Final for a showdown with former Blues boss, Jose Mourinho.

Manchester United’s path to the Final has been much more serene in comparison to their London rivals. A 2-0 win over Championship side Derby County at the Third Round stage was followed by a 4-0 thumping of Yeovil Town in Round 4. Premier League Huddersfield Town were put to the sword in Round 5, while Brighton and Hove Albion were also defeated 2-0 in the Quarter Finals.

United conceded their first goal of their FA Cup season against Tottenham Hotspur in last month’s Semi-Final through Dele Alli, but goals from Alexis Sanchez and Ander Herrera gave the Reds another date in a Wembley showpiece.

Eleven points split the two teams at the end of the Premier League season, with Manchester United having the upper hand. Mourinho’s men are the narrow favourites to win the FA Cup within normal time on Saturday with Unibet offering the best industry price at the time of writing of 24/13.

Chelsea are narrowly behind in the betting at 193/100 with Marathonbet, while Unibet’s offer of the Draw after ninety minutes can be currently taken at 21/10.

Neither team are likely to go all-out on the attack in this contest, which brings the Draw heavily into consideration. Most bookmakers offer the To Lift the Trophy market, which eliminates the perils of hoping for a result within normal time. United can be backed with 188Bet at 15/16, while Chelsea can be had with Betfred at 21/20.

Chelsea’s recent capitulation at Newcastle last Sunday will not have done wonders for squad morale at Stamford Bridge this week and although Conte’s side are a solid match for United, my preference is for a United win via any method at a very small shade of odds-on. 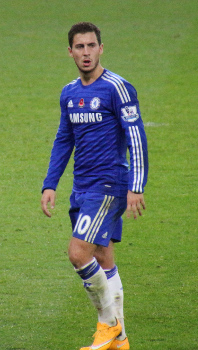 As an indication of how some bookmakers believe this contest will pan out, two particular layers have No Goalscorer as their 5/1 market leader in their First Goalscorer market. However, if you believe a 0-0 stalemate is on the cards at Wembley this weekend then Sky Bet offer the much more feasible odds of 15/2.

Chelsea’s star-man Eden Hazard is BetFred’s idea of their opening goal scorer with that firm going just 5/1 on the Belgian attacker hitting the opening salvo. However, Boylesports go a much more appealing 6/1 instead.

Hazard’s Belgian team-mate, Romelu Lukaku can be backed at the best price of 11/2 with Unibet. The United forward’s fitness is yet to be confirmed, following a recent ankle injury so it could be wise to wait until the teams are announced before punting on a Lukaku opening strike.

Notable other contenders come from Alvaro Morata and Olivier Giroud who are both 13/2 chances with Sport Pesa. It is likely only one of the pair will start the game, so again, hold your bets till the line-ups are confirmed.

Chilean forward, Alexis Sanchez is slowly progressing as a United player and that improvement could reap rewards in terms of an opening goal at 7/1 with Unibet and Boylesports. Jesse Lingard has plenty of previous experience of Wembley goals, and could celebrate a recent England World Cup call up at 9/1 with Sport Pesa.

I have a preference for this game of UNDER 2.5 goals. However, the odds of just 8/13 with Sky Bet are just not worthy of taking on. An early goal in the game – even if it seems unlikely – can quickly turn the dynamics of a match, as the team who concedes first will be desperate to redress the balance.

In an attempt to find better value, Coral and SportingBet’s offer of 12/5 for Exactly 2 Goals in the ninety minutes is worth a dabble. I’m far from convinced that both teams will cancel each other out for the whole game, and it also covers the possibility of a 2-0 win for either team.

Our Correct Score offering for this game is a 1-1 draw at the end of normal time. William Hill and Sporting Bet go top price of 11/2 and is worthy of small consideration.