Please keep in mind that all odds mentioned are accurate at the time published on 05/11/2018 12:47 pm and are likely to change.

If any Manchester United fans were misty eyed over Cristiano Ronaldo’s return to Old Trafford, the goodwill was short lived as CR7 and his new Juventus side left Manchester with all three points two weeks ago.

On Wednesday, the teams meet again, this time in Turin and that earlier result means that United could drop into third if they lose here and Valencia take all three points against Young Boys.

Juve have taken maximum points from their first three matches in Group H and with home advantage they are hot favourites for Wednesday’s tie at best odds of 11/18 with 10Bet and SportPesa. The draw is the next option on the list at a top price of 31/10 with MarathonBet while the same bookmaker has the best numbers on victory for Manchester United at 11/2.

United have been quite resilient domestically, coming from behind in recent matches to snatch all three points but they were so subdued in the reverse fixture two weeks ago that it’s hard to back them with any confidence here.

Juve look the best bet by far but if those 11/18 odds look less than exciting, there should be some better value in the side markets for this fixture. 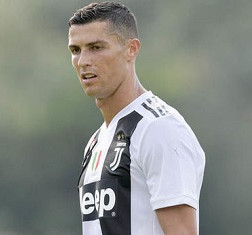 Juventus players dominate the first goalscorer market and there’s an obvious name right at the top. Cristiano Ronaldo is available to open the scoring at 16/5 with Betway. Ronaldo’s teammate Paulo Dybala was the difference between the two sides in the first game and he can be claimed at best odds of 9/2 with BetBright while Mario Mandzukic follows at a top price of 23/4 with Unibet and 888Sport.

Juve’s players keep coming with Douglas Costa at 7/1 with SportingBet and Juan Cuadrado at 10/1 with 188Bet before we finally come to Manchester United’s Romelu Lukaku at a best of 11/1 with BetBright.

The Belgian striker has endured a slow start to the season so punters may want to look at two men in decent scoring form – Anthony Martial and Marcus Rashford – who can both be backed at the same best odds of 12/1 with BetBright. Both men were on target in Saturday’s win over Bournemouth and they seem most the most likely scoring threat from a Manchester United point of view.

This is a tough call because there are so many high prices on Manchester United players and even if punters switch to the anytime goal market, they can still claim some decent value. However, we’re going to stay with the first goal option and take Paulo Dybala. The Argentine needs to step out of CR7’s shadow on a more regular basis but he is perfectly capable of doing that on Wednesday and 9/2 looks a decent price.

Taking the popular options first, Both Teams to Score is available at best odds of Even Money with William Hill and BetFred. Obviously this didn’t come in during the first match but Manchester United will have to go on the attack and it seems more likely this time.

Total goals betting shows a top price of 26/25 with MarathonBet. It’s quite rare to see this bet go above Even Money and it may well be influenced by the 1-0 result from the first fixture two weeks ago. However, when you consider all of that attacking talent and keep in mind that Manchester United will need to attack more this time, it looks reasonable value.

You could, in fact, look to go a little higher here and take Over 3.5 goals at a best of 5/2 with 888Sport. It’s a bet that would come in around 40% of the time during recent league matches involving these two so we’re happy to take it.

Manchester United should go on the offensive from the first whistle and that policy could obviously leave them open at the back. Mourinho may want to sit back and look for damage limitation but that plan would risk them being overtaken in the table and at best, the Red Devils would be looking at Europa League football in the New Year.

We’ll close by suggesting a Correct Score of Juventus 3 Manchester United 1 which is available at best odds of 55/4 with 10Bet and SportPesa but our confirmed tips listed below are the ones that will hopefully lead to a profitable night in Turin.