Leicester City v Everton: Victory Could Ease Managerial Woes on Either Side

Please keep in mind that all odds mentioned are accurate at the time published on 27/10/2017 12:30 pm and are likely to change.

A poor start to the season for both of these clubs saw both Leicester City and Everton part with their managers in recent weeks. The Foxes have now moved to appoint former Southampton boss Claude Puel while their opponents will have caretaker David Unsworth in the dugout this weekend.

This kind of distraction can often have an effect on teams as they approach a fixture and that could leave some definite value for Sunday’s match. It’s certainly one that the bookies are finding tough to call.

48 hours before kick off and the bookmakers were listing odds against prices on all three possible outcomes. Leicester City will start as the favourites and you can currently back Claude Puel’s new side at a price of 119/100 with MarathonBet.

The draw follows that at best odds of 5/2 while a win for Everton completes the result betting at 11/4 with Unibet and 888Sport.

The form table actually points to Leicester and after a dismal run the Foxes have won their last two matches. In contrast, Everton have drawn one and lost four of their last five but the boost of a change in the dugout should lead to an improvement and we’re behind the draw here. 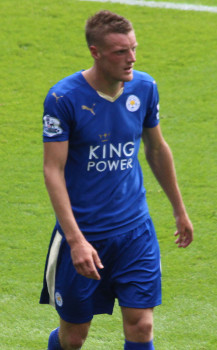 Everton may have spent heavily in the summer but they certainly have yet to replace Romelu Lukaku whose goals got them into a Europa League slot at the end of 2016/17. That issue will have to be addressed in January but for now, hopes may depend on Wayne Rooney who is on offer at a top price of 7/1 with bet365 and Sport Pesa to score the first goal in this match.

Leicester’s Jamie Vardy will start as favourite and he is currently available at best odds of 4/1 with Boylesports to strike first while his new teammate, former Manchester City striker Kelechi Iheanacho, is on offer at a best of 11/2 with Boylesports once again.

Islam Slimani was on target in the week and he can be picked up at a top price of 6/1 with bet365 and Sport Pesa to strike first while Riyad Mahrez, who also found the net, is further back at an excellent 8/1 with Boylesports.

Further options for Everton in this game include Sandro Ramirez at a top price of 8/1 with bet365 and Gylfi Sigurdsson who is out at best odds of 9/1 with William Hill and Sun Bet. All of those prices could prove profitable but we feel that Rooney is in good touch and, having had to carry the goal scoring burden for this side, he’s a strong option at a best price of 13/5 with Unibet and 888Sport for a goal in 90 minutes.

These teams have had their issues in front of goal this season so should we be looking at the popular Both Teams to Score bet which is available at best odds of 4/5 with 10Bet. The two teams have registered just nineteen goals between them and that’s at a rate of a shade above one goal per match over 18 EPL fixtures.

Based on that stat we feel that a better option here would be to bet under the 2.5 goal line and that is available at best odds of 47/50 with MarathonBet. Add in the change of manager and we expect a cagey game so that looks like a solid option to round off our set of tips.

If we were looking for either side to win it then we would aim for a winning margin of one goal for either team which is at 7/5 with Betway. However, we will keep with our draw prediction and you could even add a 0-0 correct score into the mix which is on offer at 21/2 with 188Bet.

For now, we will stick with the following tips and hope for a profitable 90 minutes at the King Power Stadium on Sunday afternoon.