Please keep in mind that all odds mentioned are accurate at the time published on 07/11/2019 11:14 am and are likely to change.

While it may be a little too early to call this game a title decider, it will be very hard for teams to catch Liverpool if the Reds claim the points in Sunday’s match. Victory for Jurgen Klopp’s men would leave them at least eight points clear of the chasing sides and while there’s still a long way to go, Liverpool are starting to look unstoppable.

In contrast, Manchester City can close the gap to just three points if they win at Anfield. So let’s just use another footballing cliché and call it a six-pointer. The obvious question is – who will come out on top?
Date: November 10, 2019

We expected the market to be tight but are a little surprised that Manchester City are the slight favourites here. They are conceding home advantage and are six points behind their opponents at this stage but Pep Guardiola’s men are available at best industry odds of 19/12 with VBet. Liverpool are just behind at a top price of 7/4 with SportingBet and Unibet while the draw completes the result betting at 13/5 with William Hill and BetFred.

Both teams were in action in midweek and there were mixed fortunes to an extent. Liverpool eased past Genk by two goals to one while City were held 1-1 by Atalanta in a bizarre tale of three goalkeepers. Could City’s later return from Italy also hamper their hopes in this crucial fixture?

Of course Manchester City can win it and neutrals would love to see the title race kept alive but there is definite value in this market. With home advantage and that unbeaten record behind them, we won’t hesitate to get on Liverpool here.

Liverpool’s key striker Mohamed Salah hasn’t been at his best this season but and it’s rare for the Egyptian not to start as favourite in the first goalscorer betting. Salah is second on this particular list at best odds of 23/4 with Unibet and 888Sport while you can claim City’s Gabriel Jesus at the same top price with the same two bookmakers.

Sergio Aguero starts as the favourite in this market and you can back the Argentinian at a best of 21/4 – once again with 888Sport and Unibet.

Some longer priced options in the first goalscorer betting include Sadio Mane who looks seriously good value at best odds of 6/1 with Unibet and 888Sport once again. Mane has taken responsibility while Salah has gone through a relatively lean period and we think that’s an excellent price.

For some potential long shots, punters may want to consider Kevin de Bruyne at 14/1 with William Hill and BetFred or Georginio Wijnaldum at 20/1. 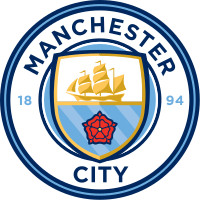 Moving through our list of regular side bets, Both Teams to Score can be claimed at best odds of 5/9 with SportNation and RedZone. Manchester City have only failed to score once in the league this season while Liverpool have found the net in every single one of their EPL matches. Against tough defences on either side, this may not be a high scoring match but BTTS looks highly likely for Sunday.

Speaking of goals, you can back Over the 2.5 line at best odds of 4/6. That’s a reasonable figure but do you want to push your luck further and claim a top price of 33/20 with Unibet for Over 3.5?

In terms of our regular Correct Score suggestion, we would be looking at 2-1 to Liverpool which is available at 9/1 with SportingBet but you could get the exact same scoreline in favour of Manchester City at the same odds of 9/1 with BetFred.

We certainly think it will be tight but Liverpool look irresistible and while they were lucky to edge past Aston Villa last weekend, Klopp’s men should raise their game and claim the points on Sunday. Sadio Mane for an anytime goal looks a value pick too but if you want a safer, odds on side bet, that price of 4/6 on Over 2.5 goals certainly isn’t the worst.