Twenty-seven points separate the Premier League’s pacesetters, Liverpool and their long-standing rivals Manchester United before the two teams take to the Anfield pitch on Sunday afternoon – kick: off 16:30 GMT – in a hugely important contest for both teams, but for entirely contrasting reasons.

Liverpool have won twenty of their opening 21 Premier League fixtures so far this season, with the only merest of blemishes coming in a 1-1 draw against United at Old Trafford back in October. Jurgen Klopp’s side has a 14-point lead over Manchester City in second place, and Liverpool also have the luxury of a game in hand over the current title holders, but there are no signs of complacency in the Merseysiders’ camp in their quest for a first league title since 1990.

United, in complete contrast, are a club in transition, and encapsulated in a battle to end the season with Champions League football. The Red Devils are five points behind Chelsea in fifth place in the Premier League standings, and they can ill-afford to lose further ground against Frank Lampard’s side. United have been highly inconsistent on their travels this season, with notably woeful performances at West Ham, Bournemouth and Watford, but Ole Gunnar Solskjaer’s side are capable of producing the goods as an impressive 2-1 win at Manchester City proved earlier this season.

Liverpool look to be nearing a fully fit squad with the return to training of midfield dynamo, Fabinho and central defender, Joel Matip in recent days to bolster the numbers for their upcoming games. United are currently sweating on the fitness of striker, Marcus Rashford, who lasted just 15 minutes after coming on as a substitute in United’s 1-0 home FA Cup win over Wolves on Wednesday night. Rashford looked to take a blow to his lower back, and his participation on Sunday afternoon looks to be in serious doubt.

In previous seasons, this fixture would see both teams battling for favouritism according to the bookmakers, but considering the recent success of Liverpool, and the downturn of form from United, the pre-match prices are very different from the contests of years gone by.

Liverpool can be backed at the best industry price at the time of writing of 2/5 with Betfred and VBet, amongst others, to make it a perfect twelve wins in this season’s Premier League home games. The Draw is next best at 17/4 with Unibet and SportingBet, while a United victory can be taken at 15/2 with William Hill and Unibet.

Before Liverpool’s 3-1 home win over United last season, the Merseysiders had a poor recent head-to-head record with Manchester United and had not won at Anfield in the Premier League against United since Daniel Sturridge hit an early goal in a 1-0 win back in September 2013. Obviously, the recent form of the two clubs is very contrasting this season, and the previous form between the two sides is very likely to bear no real significance here.

Liverpool are a confident selection to win this game. Manchester United are likely to set-up in this contest to stifle the Liverpool attack and hit their opponents on the break, but my belief is that Klopp’s men will ultimately have too much attacking incisiveness for the United rear guard to deal with, in what should be a routine win for Liverpool. 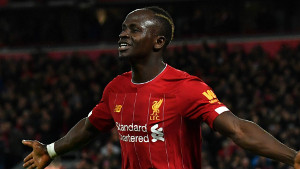 Sadio Mane has scored 11 Premier League goals so far this season – and is the first starting point for First Goalscorer calculations, considering his fine recent form. The Senegalese striker is a 19/5 poke with Unibet and 888Sport to open the scoring, and he will be a key man for the Mersysiders in this game.

Mane’s fellow strike partner, Mohamed Salah (10 Premier League goals) is the exact same odds of 19/5 with Unibet and 888Sport. The Egyptian has been a very strong source of goals for the Liverpool attack, but he has yet to open his account against United in his Anfield career. Perhaps this Sunday will address that statistic. Another consideration is former Hoffenheim man, Roberto Firmino – who also is in fine form currently – at 21/4 – again with Unibet and 888Sport.

Manchester United striker, Marcus Rashford is their shortest-priced player to score the opening goal on Sunday afternoon, but his injury concerns have led to the England striker to drift with some firms. This should not put punters off backing Rashford however, as if he does not play in this crucial game then all stakes will be refunded. Unibet and 888Sport are once again offering the best industry odds of 9/1.

Another option for an unlikely United First Goalscorer is French forward, Anthony Martial. The former Monaco man has shown glimpses of genuine ability for United but can be inconsistent. Ole Gunnar Solskjaer has placed his faith in Martial to lead the line for United this season, and 888Sport once again go top price of 10/1 on the wide man.

Others to consider at bigger prices include Liverpool’s dominating centre back, Virgil van Dijk, who is a generally available 18/1 chance with Unibet. Daniel James’ United career has stagnated somewhat in recent weeks, but his pace is an obvious weapon for the Liverpool defence to cover. The odds of James to score the first goal is definitely one to note at 25/1 with William Hill and Coral.

Two of the last five meetings between these north-west powerhouses have yielded over 2.5 goals per game, and our view is that this statistic is set to be enhanced this weekend, with goals expected. Considering Liverpool have scored 29 goals in 11 Premier League games at Anfield this season, while United will hope to pose some threat on the counter attack, goals could well be a profitable selection.

Over 3.5 Goals is actually quite tempting at the currently best available odds of 7/4 with Betfred. However, I’m leaning towards the safer option of the 7/10 with VBet instead for over 2.5 Goals, which seems reasonable value. Liverpool are the irresistible attacking force in the Premier League this season, and United will struggle to contain the runaway league leaders, which makes this an obvious selection.

The Liverpool defence has been breached nine times at Anfield in the Premier League this season, so it is also a likely occurrence for Liverpool to Win the Match and Both Teams to Score. An anticipated early Liverpool goal would force United to swing for the fence, and that then brings in the 43/20 with 888Sport for this combination bet.

Our Correct Score bet for this game is a 2-1 victory for Liverpool. Solskjaer will set out his United team to disrupt Liverpool, but I believe that the intention will ultimately be swept away by Liverpool’s fast, free flowing play. Coral and SportingBet offer the best available odds of 15/2 on this score line.