Please keep in mind that all odds mentioned are accurate at the time published on 09/08/2019 10:44 am and are likely to change.

Now that the dust has settled on the frenetic Deadline Day on Thursday, the Premier League kicks off on Friday evening as Liverpool host new-boys Norwich City to get the new season underway.

Undoubtedly the big game of the opening weekend sees new Chelsea manager, Frank Lampard and his side travel north to Old Trafford to face Manchester United on Sunday, with the kick-off time at 16:30 BST.

Chelsea have been under a transfer embargo over the close season and have been unable to recruit players over the summer. However, Christian Pulisic joined the West London side in June following an agreed deal with Borussia Dortmund in the January transfer window, to attempt to cover the loss of Eden Hazard’s summer move to Real Madrid. Lampard has also chosen to recall several loanees back to Stamford Bridge to bolster his first team squad for the coming season.

Manchester United have been busy this summer with the acquisition of speedy wide-man Daniel James from Swansea, Aaron Wan-Bissaka has joined from Crystal Palace for £50m, while the major deal was the purchase of Harry Maguire from Leicester City for a world-record fee for a defensive player of £80m. Outgoings for the Reds included Romelu Lukaku, who has joined Inter Milan for around £73m, while Marcos Rojo has stayed at Old Trafford after failing to join Everton on a season-long loan deal.

Now that the Premier League squads are set till January at least, it is time to let the action commence. In this preview we will look at some of the key betting markets for the game and hope to point our readers in the right direction for a winning punt.

Manchester United are the bookmakers’ favourites to claim all three points on Sunday afternoon in an unpredictable market especially at this time of the season. All three outcomes are very much in play here and the full-time outcome is not the simplest to foresee.

United can be backed at the best price at the time of writing with Betfred at 5/4. An Old Trafford stalemate is narrowly preferred as the second-best option at 12/5 with Unibet, while Black Type is the best place to bet on a Chelsea victory, who offer 13/5 on Lampard’s men.

The performances at the end of last season has to be of major concern to United manager, Ole Gunnar Solskjaer and his team. The way United fell off the pace in the quest for a top-four finish last season must be addressed immediately this time around. Chelsea are an unknown quantity themselves this year, with a new manager and new ideas.

This game could quite honestly go in any direction, but, considering the excellent pre-season form of the home team, a narrow victory for United is the preferred choice in the Match Betting market. 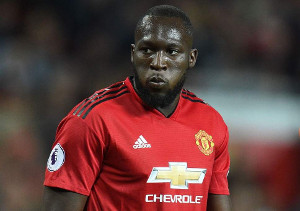 Two very high-profile Belgian forwards in Romelu Lukaku and Eden Hazard have left the Premier League for pastures new, so we must obviously look in other areas for First Goalscorer calculations for this game.

With the departure of Lukaku, Manchester United’s goalscoring duties rest firmly with the likes of Marcus Rashford, Anthony Martial and Alexis Sanchez this season. Rashford leads the market for the First Goalscorer at 5/1 with SportPesa and 10Bet. The England man has looked sharp in pre-season for United and will hope to hit the ground running following his new contract extension over the summer.

Martial is a top price of 13/2 with the exact same firms as Rashford, and he offers some reasonable value in comparison to his fellow teammate. Sanchez is unlikely to feature in this game following his Copa America exploits over the summer, which could offer an opportunity to teenage starlet, Mason Greenwood, who can be backed at 7/1 – once again with SportPesa and 10Bet.

Chelsea’s attacking options seem to be vaguer as we are yet to know how Lampard will set out his new team. Back from a loan spell at Aston Villa last season, Tammy Abraham has been entrusted with the Number 9 shirt at Chelsea for 2019/20, and that could be the key as to who Lampard sees as his main striker. Abraham is a 7/1 chance with SportingBet to open the scoring.

Olivier Giroud and Michy Batshuayi are other options to lead the Chelsea attack at 7/1 and 15/2 respectively, which both can be taken with SportingBet once again.

Other options to consider at bigger prices include United’s Jesse Lingard and Chelsea’s Christian Pulisic, who can both be taken to open the scoring at 10/1. Ross Barkley is a 14/1 chance, while Harry Maguire could adhere himself to the United faithful by scoring first at the top price of 25/1 with Betfred.

After pinning my Match Result outcome on a narrow victory for United, my strongest selection for this game comes from the 2.5 Goals market. My advice is to take UNDER 2.5 goals with 888Sport and Unibet, who offer the best available price of 5/6.

United are a team who are obviously in transition in an attacking sense, and it will be very interesting to see how they cope without Lukaku. The pressure is firmly on the likes of Rashford and Martial to score the goals and it remains to be seen if the duo is up to the task, while Chelsea could wish to take a point from this difficult fixture and move on to more winnable games ahead. Three goals would be required in the game for this bet to fail; and with both teams likely to be set up in a fashion of not wanting to lose, it looks to be a solid wager.

Our final suggestion is a small punt on the 1-0 win for United at 7/1 with William Hill and SportingBet. I could be completely wrong by offering up this bet, but the price is too big not to have an interest in what I foresee as a dour encounter.