Please keep in mind that all odds mentioned are accurate at the time published on 18/12/2018 4:50 pm and are likely to change.

Jose Mourinho doesn’t like December: Back in 2015 he was fired by Chelsea just before Christmas and three years later, it’s the turn of Manchester United to wield the axe. On the plus side, a big severance sum will help Jose restore some festive cheer while his former employers go about the business of finding a successor.

It’s been reported that an external caretaker will be appointed but in terms of betting, we need to identify the next permanent manager at Old Trafford. No-one knows quite how long the process will take so it could be prudent to get on board as quickly as possible. 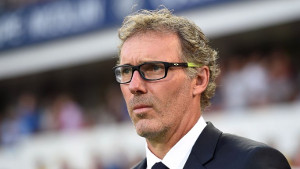 Since the news concerning Mourinho’s sacking broke, the market for next permanent Manchester United manager has been very fluid. On Tuesday morning, December 18, Laurent Blanc started out at around the 40/1 mark but as the day progressed, the Frenchman shorted to 11/8 with Betway. He’s an odds-on option in some places but is this is a done-deal?

The shortening in price came on the back of strong suggestions that Blanc would be installed as United’s caretaker boss. There have been rumours that the club would make an external caretaker appointment until the end of the season and with the former PSG coach seemingly in the frame, his price has plummeted.

It’s felt that United would like a former player as a permanent manager and once again, Blanc fits the bill here. The centre half didn’t exactly enjoy a long playing career at Old Trafford but, after Alex Ferguson had attempted to sign him on a number of occasions, he spent two successful seasons here during a successful period at the club.

As soon as the Mourinho sacking was confirmed, Zinedine Zidane slotted in as the early favourite at around the 6/4 mark but the breaking news over Laurent Blanc saw the former Real Madrid boss drift out to best odds of 8/1 with Unibet and 888Sport.

Zidane is still a strong contender in our opinion but the media talk about a former United man taking over has been a factor in his lengthening price. The same talk has also had an effect on the odds listed next to the name of Ole Gunnar Solskjaer who is as short as 2/1 in places but currently available at 5/1 with BetFred. Solskjaer might have been a fans’ favourite during his playing days at Old Trafford but his CV just isn’t impressive enough to justify that price.

Behind the front three we then move out to current Spurs boss Mauricio Pochettino at best odds of 16/1 with SportNation, followed by Michael Carrick at 18/1 with 10Bet and SportPesa. A host of other names such as Ryan Giggs, Arsene Wenger and Didier Deschamps are all available at around the 25/1 mark so in terms of mid-range prices, some will consider this to be a tough call. 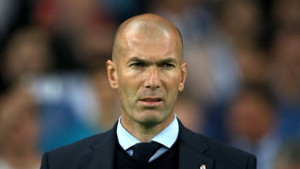 There are dozens of names on the list of contenders and they stretch all the way down to Neil Warnock at the 300/1 mark. Most of these, like the suggestion of Warnock as the next Manchester United manager, are implausible and should be dismissed immediately but there are some names that could be considered a little more closely.

Current Newcastle United boss Rafa Benitez came in and did a good holding job at Chelsea and as a successful manager at other clubs, the Spaniard could be worth a look at 33/1 with 888Sport and RedZoneSports. Carlo Ancelotti has enjoyed even more success and carries a longer price of 50/1 with 888Sport and Unibet while there is Bournemouth’s Eddie Howe, who has been tipped for greater things and has actually shortened from 33/1 to 25/1 with Betway.

Those names will get some support but the contenders at the top of the market are there for a reason and we don’t think we should be looking at any potential Manchester United manager with a current price higher than 10/1.

The bookies can’t seem to agree on many of the names on this list and there is a great discrepancy in pricing in some areas. For example, we’ve mentioned Michael Carrick’s odds of 18/1 but the former United midfielder is as short at 6/1 elsewhere and that’s a pattern that continues with other contenders.

The media suggestion that Manchester United must find a man with previous connections to the club has also had an effect on this market but would they really overlook someone with the credentials of Zinedine Zidane on that basis? Those suggestions have seen Ole Gunnar Solskjaer head to the top of the betting but a sacking by Cardiff City isn’t the best thing to have on your CV when eyeing up a position with one of the world’s biggest clubs.

Laurent Blanc is a more worthy contender but we keep coming back to Zidane. His last days at Real Madrid may not have been the best but the Frenchman brought success for a demanding side and he can surely replicate that at Old Trafford. He certainly deserves a chance and as a nice by-product of recent gossip, Zidane’s odds have drifted to a very generous 8/1.