Pep Guardiola’s side have gathered huge plaudits so far for their fantastic, free-flowing football for their supporters this season. On Sunday afternoon – 2:15pm kick off – Arsenal travel to the Etihad Stadium to try and stop the high-flying Premier League leaders.

City top the table from local rivals, Manchester United by five points before the next round of league fixtures – and could extent the gap before the Reds take on Chelsea later in the day. The Citizens have yet to taste defeat so far this season with a 1-1 home draw with Everton the only slight blemish.

Arsenal head north this weekend in relatively good form themselves. The Gunners’ late collapse at Vicarage Road was their only defeat in their last 12 games in all competitions, which offers hope for Arsene Wenger and his team, in what promises to be an exciting encounter.

It will come as no surprise to anyone to see hosts, Manchester City being the bookmakers’ favourites to claim the spoils in this fixture, although the odds are rather prohibitive. The best industry price at the time of writing is 4/9 with William Hill and Coral amongst others. Draw backers should get on with Stan James, who offer the stand-out price of 9/2, while a win for the Gunners can be had with 10Bet and Sport Pesa at 27/4.

Arsenal fans can garner some grains of hope in the facts their recent results against Manchester City have been fairly positive. Since a 6-3 defeat at the Etihad back in 2013, Arsene Wenger’s side have just one loss in seven Premier League fixtures against City.

The issue is for Wenger and his team is that their opponents are in such rampant form and cannot be opposed from a betting perspective. 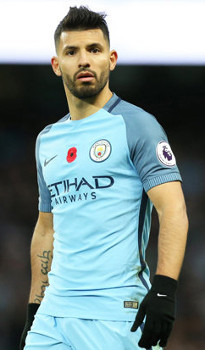 Manchester City have a plethora of attacking talent at the head of the First Goalscorer market, with Sergio Aguero and Gabriel Jesus vying for outright favouritism. Both Aguero and Jesus can be had at the top price of 3/1 with William Hill and 188Bet, while Jesus is also available at the same odds with Paddy Power.

The first Arsenal interest comes from French striker, Alexandre Lacazette, who is a top priced 8/1 shot with Unibet and 888sport. Fellow countryman, Olivier Giroud is a 17/2 chance with the same firms, while Alexis Sanchez – linked with a move to City over the summer – will look to impress his suitors and can be backed at 9/1, again with Unibet and 888sport.

With such an array of potential goal scorers in this game, it is very difficult to call on who will strike the first blow. What can be offered though, is that it is highly likely that goals will be plentiful in this contest.

For the bettor that likes to get involved in Both Teams to Score, this contest offers some of the poorest odds for this bet. MarathonBet offers the best price of 27/50 on each team finding the goal in the game, although it is highly likely.

One novelty bet that catches my eye is the 6/4 on offer from Betway for Manchester City to win the contest with Both Teams to Score. Just 2 of the last 12 meetings between the teams in all competitions have seen only one side find the net, and this rates as my strongest selection for the game.

Over 2.5 Goals is just 2/5 with Betway, which is too short of a betting proposition. Over 3.5 Goals is at the more appealing odds of 49/50 with MarathonBet – and is worthy of strong consideration.

Arsenal are unlikely to be able to defend in numbers against Manchester City – and will try and hit their opponents on the counter-attack, which makes this game an obvious candidate for goals. A small wager on a 3-1 win for the home side is another bet to have onside at the tempting odds of 21/2 with 10Bet.