Please keep in mind that all odds mentioned are accurate at the time published on 23/02/2018 11:07 am and are likely to change.

After the well-publicised slanging match between Mourinho and Conte earlier in the Premier League season, this is the first chance for either manager to gain the upper hand on the pitch as Manchester United host Chelsea at Old Trafford on Sunday afternoon – kick-off: 14:05.

Following a break of domestic cup and Champions League commitments for both clubs, this game will carry significant importance in the fight for next season’s European Cup qualification.

United will be looking for Premier League victory to erase their most recent performance as the Red Devils cowered to a 1-0 defeat at Newcastle, while Chelsea will be attempting to move level with United on 56 points with a win over United – and former Blues boss, Mourinho.

Chelsea will be looking for their first win at Old Trafford in five attempts – a Phil Jones own goal saw the Blues take a 1-0 win in May 2013. United produced arguably their best home performance last season as the Reds dominated the Champions elect with a 2-0 victory.

Manchester United are the bookmakers’ favourites to claim all three points on Sunday afternoon – but they are on the drift. Almost every firm have pushed out United – and they could ease further before kick-off time.

United can be backed at the best price at the time of writing with MarathonBet at 67/50. An Old Trafford stalemate is narrowly preferred as the second-best option at 58/25 – again with MarathonBet, while William Hill is the best place to bet on a Chelsea victory, with 14/5 available on Conte’s men.

Old Trafford has become more of a fortress under Jose Mourinho, with only neighbours Manchester City lowering their colours this season in the Premier League. The Red Devils have won 10 of their 13 league outings on home soil, with just two games ending in draws. However, I believe that this contest is one that neither manager dares to end in defeat, which brings the draw into focus at a tempting price of 58/25. 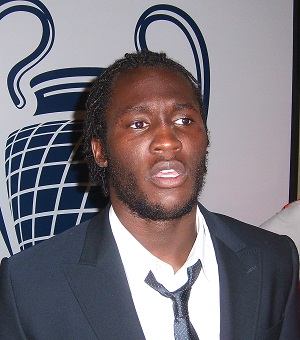 Manchester United’s number nine, Romelu Lukaku has often been criticised for his lack of goals against the best sides in the Premier League, so this is another opportunity for the Belgian striker to banish those opinions. Lukaku is a top-priced 5/1 chance with bet365 and Boylesports.

Alexis Sanchez was United’s big-money January purchase, but the Chilean forward has only one strike against Huddersfield Town in his account so far, but the former Arsenal man can become the darling of the Stretford End by scoring first in this important clash. 11/2 is the best available odds on Sanchez with several firms including Winner Sports and Bet Bright.

The first Chelsea interest comes from Boylesports, who offer both Alvaro Morata and Olivier Giroud at the best industry price of 13/2. Morata, if given the starting nod by Conte could be a dangerous option for the United defence to cover – as the Spanish international might hand another swipe at Mourinho by choosing Lukaku over signing Morata last summer.

Notable others include Chelsea’s star man, Eden Hazard, who could enhance his already lofty performance levels with an opening goal here at 7/1 – again with Boylesports. Anthony Martial could be involved from the start on Sunday following his cameo appearance in midweek, so the 15/2 with Betway is worthy of consideration. Willian and Paul Pogba are other lively outsiders at 10/1 and 14/1 respectively with bet365 respectively.

After pinning my Match Result outcome on the draw, my strongest selection for this game comes from the 2.5 Goals market. My advice is to take UNDER 2.5 goals with Black Type, who offer the best available price of 17/20.

United are hardly a team who are catching the eye in an attacking sense recently, while Chelsea could wish to take a point from this difficult fixture and move on to more winnable games ahead. Three goals would be required in the game for this bet to lose; and with both teams very strong defensively, it looks to be a solid wager.

Our final suggestion is a small punt on the 0-0 draw at 87/10 with MarathonBet. I could be completely wrong by offering up this bet, but the price is too big not to have an interest in what I foresee as a dour encounter.