Please keep in mind that all odds mentioned are accurate at the time published on 31/01/2018 8:49 am and are likely to change.

The European Tour continued to provide us with some great drama last weekend at the Dubai Desert Classic where pre-tournament favourite Rory McIlroy blew a two shot lead on the final round to lose out by one stroke to Li Haotong.

This week we make the trip across to Malaysia for one of the newest events on tour and the Maybank Championship which was first held in 2016. It’s a good field so let’s consider our options and see if we can build on last week when one of our Top Ten Tips – Tyrrell Hatton – came in at 12/5.

Some of the top names in Europe have either chosen to sit this one out or cross over to the US this week so it’s a slightly reduced field with a clear leader at the head of the pack. Henrik Stenson is the man to beat as far as the bookmakers are concerned and he comes in at a current best price of 8/1 with Ladbrokes and Coral.

A former Open Champion, Stenson didn’t have the greatest of years after claiming the Claret Jug in 2016 but as the highest ranked golfer here this week, he is a worthy favourite. 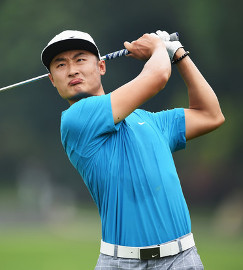 The best value comes from within the chasing pack however and there is a significant gap behind Stenson to those following on. Among those chasers is last weekend’s winner Li Haotong who can be picked up at 20/1 with Boylesports and Alexander Levy, who was in contention for much of the four days and can be backed at best odds of 16/1 with Ladbrokes.

Moving further back through the field and Kiradech Aphibarnrat is a golfer who we like to follow, particularly in the Top Ten markets, but he has endured a slow start to 2018. Thailand’s Aphibarnrat can be picked up in the outrights at a top price of 30/1 with Unibet and 10Bet.

Aside from Levy and Li, all the golfers mentioned so far have started 2018 slowly so who else can we find that’s showing decent form? 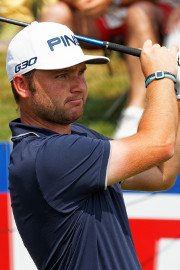 Andy Sullivan remained in contention for much of the Dubai Desert Classic before falling away at the end. He’s not exactly a household name but Sullivan has won tournaments on the European Tour and should attract some interest at a top price of 35/1 with bet365 and SportingBet.

Further down the list, this is a good time of year to look for some value among a host of golfers who enjoyed some success in 2017 but have started the New Year far more sedately. Haydn Porteous is one example and having won the Czech Masters last September, the South African is a definite tempter at an excellent 66/1 with SportingBet.

There is a host of additional players who we can add to that list and there are far too many to mention but these can include Dean Burmester at 50/1 with Unibet and BetBright, David Horsey at 80/1 with bet365 and Betway plus defending champion Fabrizio Zanotti at a best price of 66/1. 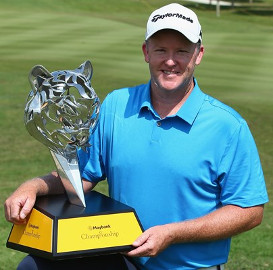 We don’t have a great deal of history to look back on for this event which started life just two short years ago. Our two previous winners, Paraguay’s Fabrizio Zanotti and Marcus Fraser of Australia, shot low scores to par of -19 and -15 so clearly anyone looking to take the trophy will need to find their form with the flatstick.

We are at the Saujana Golf and Country Club in Kuala Lumpur for the next four days on a par 72 course which is short by modern standards at an overall 7,186 yards. The fairways are wide but they are mostly lined by punishing trees so accuracy off the tee, coupled with greens in regulation are going to be key indicators for this week.

Taking all of that into account we’ve got some picks from names that we’ve already discussed and others that we’ve yet to mention. Li Haotong had a good all round performance in Dubai last week but he overhauled Rory McIlroy thanks largely to some outstanding work with the putter.

Back to back wins remain rare but at the back end of 2017’s European season, we saw both Tyrrell Hatton and Justin Rose record consecutive victories. If you don’t want to commit to the outright markets however, you can take Li in the Each Way betting instead where Boylesports are paying down to six places.

Beyond that, there are some excellent bets to be had for a Top Ten finish and we’re going to take a mix of golfers who are either in form or have performed well for us in the past. With some of the bigger names such as Rory McIlroy and Tommy Fleetwood missing, the Maybank Championship is wide open and looks tough to call but hopefully these tips will lead to a profit at the end of the four days.

Best Bets for the Maybank Championship 2018: