NBA Playoffs Preview: Raptors To Go All The Way?

Please keep in mind that all odds mentioned are accurate at the time published on 04/04/2018 12:51 pm and are likely to change.

We are now into the business end of the 2017/18 NBA season. The usual playoff contenders are right in the mix to lift the NBA Championship but there are a few dark horses who could spring a shock in the postseason. At the time of writing, the Golden State Warriors are red hot favourites to defend their title but it would be foolish to write off the Houston Rockets, Cleveland Cavaliers or even the Toronto Raptors ahead of what could be an exciting period for basketball fans.

You won’t find too many people backing against Steph Curry and co this year but Golden State are by no means unbeatable. The Warriors, blessed with four players selected into the NBA All-Stars team, are a class above their rivals on top form and plenty of punters will be betting on the defending champions at 11/10 with 888sport. With Kevin Durant, Draymond Green, Klay Thompson and Curry all performing at a very high level, Golden State will take some stopping in their pursuit of glory.

Injuries have hindered the Warriors this year but Steve Kerr’s roster have enough quality to cope with any issues. Even if one of the ‘Big Four’ goes down hurt, Golden State still have three elite options and that strength in depth is immense. They aren’t as short in the betting as they were two or three years ago but this Warriors side is well-equipped to push on and retain the NBA Championship in the coming months.

Don’t Write The Rockets Off 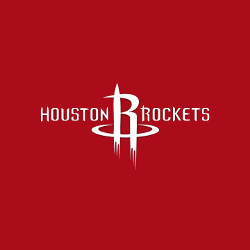 Houston, we have no problem. The Rockets are soaring and are now more or less a lock to finish as the number one seed in the Western Conference. With that in mind, ranking the Warriors as clear favourites for postseason glory seems illogical. Houston have been very consistent this year; winning 33 home games and 30 road fixtures – and that reliability away from Toyota Center could give the Rockets an advantage in the postseason. A first NBA title since 1995 beckons if Houston maintain their current form…

James Harden looks like a shoo-in to win the NBA Most Valuable Player award this year; he is currently averaging 30.7 points per game. In addition, ESPN rank Harden as Houston’s top player for efficiency with a rating of 30.2 – the next best is Clint Capela on 24.7. If Harden is able to emulate his current form throughout the postseason, the Rockets will go deep into the playoffs and it would be hard to back against them. Even against the Warriors, Houston have enough talent to push the defending champions close.

Cavaliers Have The LeBron Factor 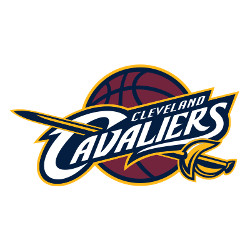 It has been a bit of a disappointing season for Cleveland this year. Currently ranked as only the third best team in the East, the Cavaliers are just two wins above the fifth seed – LeBron James and co really need to up their game. To be fair, Cleveland have pulled it out of the bag in recent weeks with nine wins in 10 games and carrying momentum into the playoffs could be crucial. Some teams have rested players but Cleveland’s main men will head into the business end of the campaign in red hot form.

James could be Cleveland’s difference maker once again; the four-time NBA MVP tends to save his best form for the big stage. The Isaiah Thomas project was a failure but Cavaliers fans know that James is still capable of producing a game-winning moment more or less on his own. He scored 27 points against the Toronto Raptors at the start of April and plenty of punters will fancy James to carry Cleveland to the NBA Finals. With James and Kevin Love, the Cavs have two of the most dangerous players in the sport on their roster.

Write The Raptors Off At Your Peril 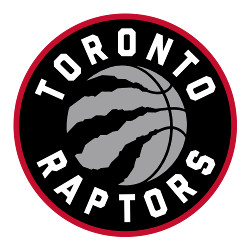 Canadian fans will be keeping a close eye on Toronto in the coming months. Currently 11/1 with bet365 to win the NBA title, the Raptors are seven games clear of Cleveland in the very competitive Eastern Conference. Toronto have certainly sent out a statement of intent with their efforts in the regular season but are they able to maintain this level of intensity during the playoffs? Only time will tell. Resting players ahead of the playoffs can be risky but that is exactly what Toronto have done – hopefully that decision doesn’t backfire.

Dwane Casey is an excellent head coach and the Air Canada Centre faithful will be expecting big things from their side this year. The Raptors are on the verge of something special and it wouldn’t be a huge surprise to see Toronto involved in the Conference Finals. Incredibly, the Cavaliers are a much shorter price with most betting firms; all of the signs point towards the Raptors in 2018 though. Beating the Warriors or Rockets in the Championship series will be no easy feat but Toronto are capable of pulling off the upset.

The most obvious NBA Finals selection would be the Golden State Warriors vs the Cleveland Cavaliers. Both teams have featured in the showpiece series in every year since 2015 and it could work out that way again this season. However, the Toronto Raptors are perhaps more deserving of the opportunity to represent the East. This conference is very competitive and the Raptors have been better than their rivals across 80 regular season games. That record shows just how ready Toronto are for a shot at the title.

In the West, it is all about the Warriors. It would be refreshing to see the conference-leading Rockets take on Toronto but Golden State come alive in the playoffs and it is hard to see anybody beating them in a seven-game series. Stranger things have happened of course but that ‘Big Four’ unit of Curry, Green, Durant and Thompson may be enough to secure another NBA Championship for the Warriors. Watch this space, the NBA playoffs are always exciting and we could be set for a few shocks and surprises – don’t take anything for granted.