Please keep in mind that all odds mentioned are accurate at the time published on 04/10/2019 10:28 am and are likely to change.

Sunday’s 4.30pm kick off in the Premier League brings together two giants of the game. Newcastle United and Manchester United have given us some thrilling encounters over many years but at the start of the 2019/20 season, neither team is fulfilling its potential.

For Manchester United, the goal is to get back into the top four and bring Champions League football back to Old Trafford once again. In Newcastle’s case, fans would expect a challenge for the Europa League places but after a shaky start, the Magpies need to start pulling clear of the relegation zone.

A win for either side on Sunday would be most welcome ahead of the second international break of the season but where will the points be heading at the end of 90 minutes?

Manchester United are odds on across the board and Ole Gunnar Solskjaer’s men can be picked up at best industry odds of 10/11 with BetFred. The same two bookmakers have the draw listed at 5/2 while it’s over to Unibet for the top price on a Newcastle win at 18/5.

The form guide is poor in both camps and doesn’t offer any clues here. Over 10 combined mostt recent games, only one victory has come inside 90 minutes – if we exclude Manchester United’s penalty shootout win over Rochdale in the EFL Cup. That solitary victory came for Solskjaer’s men in the Europa League but the 1-0 success over Astana isn’t anything to boast about.

It’s all pointing to a draw in this game but before we commit, let’s take a look at the men who can decide its destiny. 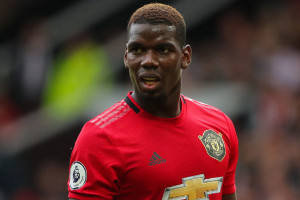 Manchester United have a number of injury concerns so we should suggest checking the team sheets before backing Paul Pogba or Anthony Martial in particular. Red Devils players dominate the goalscorer betting and it’s Marcus Rashford who starts as favourite to find the net first at best odds of 9/2 with Unibet and 888Sport.

Anthony Martial is only just behind at 23/5 with Unibet and 888Sport once again while youngster Mason Greenwood is available at 5/1 with BetFred. A number of bookies are not quoting odds for Paul Pogba and injury updates suggest he is worth avoiding even though many have the Frenchman as the fourth favourite.

Elsewhere, Manchester United winger Daniel James started the campaign on a positive note and some important goals make him a tempting pick. James is quoted at best odds of 8/1 with Unibet and 888Sport to score first or, he may still offer value at 7/2 with the same bookies for a strike in 90 minutes.

We’ve yet to mention any Newcastle United players and we have to move all the way down to Yoshinori Muto at 10/1 with Ladbrokes and Coral. The Japanese international has scored just two goals for the Magpies in 22 appearances to date and that’s a measure of Newcastle United’s issues right now.

Our first confirmed tip comes from this market and we’ll go with that 7/2 price on Daniel James to find the net in 90 minutes. The Welshman has scored three times in his first seven league games for Manchester United and against Newcastle’s porous defence, he has every chance of adding to that tally.

Manchester United have managed to pick up a run of draws – three in their last three games – and that’s largely due to the efforts of David De Gea behind a more competent defence. Harry Maguire’s signing has proved to be a rare success and this United back line has been tough to break down.

It doesn’t suggest a glut of goals but there may be some interest in the Both Teams to Score bet at a top price of 19/20 with Coral and SportNation. As for the Overs and Unders options, you can back Over 2.5 goals at 11/10 with Unibet but recent results suggest that you may want to stay Under that line at 8/11 with the same bookmaker.

As usual, we’ll finish off with some correct score suggestions: Those who are favouring Manchester United in this match may want to look at a 2-1 away win which is listed at 8/1 with 10Bet and SportingBet. A 1-0 victory for Newcastle is quoted at best odds of 45/4 with Bethard while our preference would be for a 1-1 outcome and that’s available at a top price of 6/1 with BetFred.

We’ll stay with our instincts and back the draw here: The form guide may narrowly suggest a Manchester United victory but the Red Devils are struggling in attack while running that tight ship in defence. As a slight hedge if this theory fails, we’ll finish our set of tips with Over 2.5 goals which rarely heads above Even Money and therefore looks a value prospect.